Thanks a Lot Mr. Kibblewhite: My Story

The Who’s vocal frontman opens up about his life. 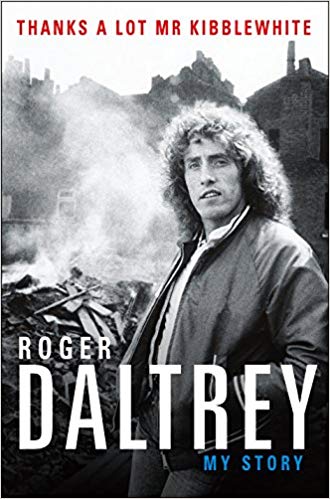 Singer Roger Daltrey comes across as a fine fellow. Practical. Grounded. Focused. Confident yet humble. All admirable qualities in a friend or colleague. As the subject of a rock ’n’ roll memoir? Not so much.

There’s no co-author listed, and the acknowledgments page doesn’t make it sound as if Daltrey asked anyone to do more than offer tea and sympathy along with some editing. If he actually wrote it, kudos to him. Unfortunately, his final product might suffice as a moderately interesting narrative laced over a documentary. On its own, it’s more side dish than entrée.

Daltrey devotes some time to his poverty-stricken childhood but mostly glides along without heavy doses of deep introspection or reporting.

Like a lot of artistic types (and other delinquents), he has trouble conforming to school rules and rigid curriculum. The book gets its title from a certain Mr. Kibblewhite, who, after expelling him, offered a final jab as he left the school, “You’ll never make anything of your life, Daltrey.”

Roger must think it’s a cute title, but it feels a little trite. The memoir doesn’t make it sound like proving Kibblewhite wrong was the engine driving Daltrey’s’ ambition. Instead, he’s born an opportunistic (used in the best possible sense of the word) and hard-working guy who sees music as a way out.

The founder and lead singer of the Who was something of an outsider in his own band. Chief songwriter Pete Townsend plays the central-casting moody genius, bassist John Entwistle was bitter and reserved, and drummer Keith Moon lived his brief life as something of a giant, raw id leaving a trail of destruction anywhere he traveled.

On the road, Daltrey ends up staying at separate hotels, tired of Moon’s antics getting the band ejected in the middle of the night. More of a regular bloke, Daltrey was never entirely comfortable with the others. Townsend once called the band, “three geniuses and a singer.”

Daltrey lost control of his band quickly. Not long after its formation, he was kicked out for a punch-up with other members and was forced to apologize as a condition for his return. Decades on, he told Townsend that Moon’s drummer replacement, Kenny Jones, had to go. Daltrey gave the ultimatum: him or me.

Pete sided with Jones, a band member for about a year. Bluff called, Daltrey quietly retreated and took his place on stage. Make no mistake: The Who is Townsend’s band.

Daltrey betrays no obvious motive in writing this book. What he’s come up with is not an aggressive set-the-record-straight book like Keith Richards’ well-praised (and overrated) Life, nor as introspective and layered as Elvis Costello’s recent memoir, Unfaithful Music & Disappearing Ink.

It lacks the raw truth, too, of Bruce Springsteen’s Born to Run, nor is it anywhere near as ambitiously uneven and weird as X-Ray by Kinks frontman Ray Davies. I haven’t read Townsend’s own memoir, Who I Am. My guess? It’s more arrogant, unpleasant...and compelling. A commonality among the relatively more engaging memoirs is those guys are songwriters, and not just singers.

Some 240 pages later, it’s a safe bet Roger Daltrey is a good guy to hang out with. Unfortunately, his memoir isn’t a particularly interesting companion.

[Editor's note: Remember when the Who came to the Pontiac Silverdome in Michigan in 1989? Yeah, that was awesome.]

Michael Causey frequently writes about music and is the co-host of the Monday-morning program Get Up! on WOWD 94.3 FM Takoma Park.