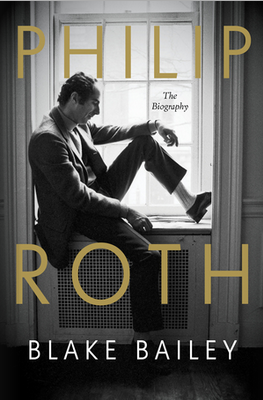 Writing Philip Roth: The Biography could not have been easy. Even a seasoned and accomplished literary biographer like Blake Bailey would face the obvious challenge that Roth’s extensive and eclectic canon includes not only fiction and autobiography, but also fictional autobiography and autobiographical fiction, all of it designed both to explore the complex interplay of life and art in general and to vex any reader determined to sort the facts of Roth’s life, in particular, from its factoids and fictional fancies.

Bailey meets the first challenge directly. As dogged in his research into Roth’s life as he is adroit in his reading of Roth’s work, Bailey admirably negotiates the two — sorting the conundrums of life and art embedded in a literary corpus and strategy conceived and executed, in essence, to make them unsortable — a recurring theme, incidentally, in James’ many tales about writers, including two, “The Middle Years” and “The Author of Beltraffio,” that explicitly undergird Roth’s novella, The Ghost Writer. Hence, as Bailey notes, “Roth’s farrago of alter egos (especially the ones who write).”

Bailey approaches the second challenge more obliquely. Roth’s demonstrably great literary mind moots half of James’ caution. Highly lettered, prodigiously gifted, and fiercely disciplined, Roth produced, by broad consensus, one of the most distinguished bodies of work in 20th-century American and world literature. Examining the creative processes, both intentional and otherwise, that Roth employed to produce that work, Bailey constructs an engaged and engaging intellectual biography, a portrait of the artist as young, middle-aged, and old man that does both Bailey’s subject and his readers justice.

Bailey subtitles his book, “The Biography,” however, and, for better and only a bit for worse, he delivers on that promise. Roth’s canon, the product of a great mind, that is, “bristles” with implication (to use a Jamesian phrase), but his life, excepting notoriety and celebrity, lacked even mild adventures, let alone great ones.

While Bailey fleshes out Roth’s personal biography with abundant and well-documented details, he also keeps faith with his promise by covering events that sometimes seem uneventful. Roth may have transmuted his “florid love life” into art, for example, but its particulars, putting aside Roth’s history with Claire Bloom, are fairly humdrum.

That quibble aside, Bailey’s demonstrable skill as a writer mitigates any limitations and amplifies all the strengths inherent in his subject. He offers a clean narrative arranged in six chronological phases and written in brisk and lucid prose — a narrative, moreover, that keeps Roth on stage and himself in the wings. He engages neither in biographical gimcrackery nor in authorial self-regard, but, rather, practices a conspicuous professionalism that matches Roth’s own and employs a conventional narrative structure that fits Roth’s conventional life while putting Roth’s unconventional canon in relief.

One, Bailey ably negotiates the imbrication of times, life, and work, critical in telling the story of a writer who not only represented and reflected his zeitgeist, his historical and political moment, as an agent, but who also became a highly visible, indeed emblematic, object of study in both the high and popular cultures of that moment.

Two, Bailey deftly maneuvers through time and orders of reality, useful in explaining the work of a writer who worried the persistence of the past and the nexus of fact and fiction. In one brief passage, for example, he slides from the young Roth’s college plans through Goodbye, Columbus, to an anecdote told by Roth’s father about his father and its relation to “the key moment” of Portnoy’s Complaint, then to a fictional essay in The Anatomy Lesson based on an actual essay by Irving Howe, and back again to Roth’s plans.

Three, Bailey clearly appreciates a literary career “astounding in its versatility.” He is equally at ease, to condense his nice summary, with the “two somber realistic novels (Letting Go, When She Was Good)…the outlandish farce of the Portnoy era that followed (Our Gang, The Great American Novel), the Kafkaesque surrealism of The Breast, the comic virtuosity of the Zuckerman sequence…the elaborate metafictional artifice of The Counterlife…and the masterly, essentially tragic American Trilogy.”

The committee for the Nobel Prize for Literature notwithstanding, Philip Roth enjoyed a brilliant career, publishing 31 books over 55 years and, in the process, winning pretty much every other literary prize worth mentioning. He also found his ideal biographer in Blake Bailey — a highly skilled researcher, narrator, and writer well up to the demands of Roth’s life and art. Though a doorstopper at 912 pages, Philip Roth: The Biography is a masterful work and a very rewarding read.

Excellent Sheep: The Miseducation of the American Elite and the Way to a Meaningful Life

A look at the United States' time-honored tradition of lurching ineffectively from one trend to another.