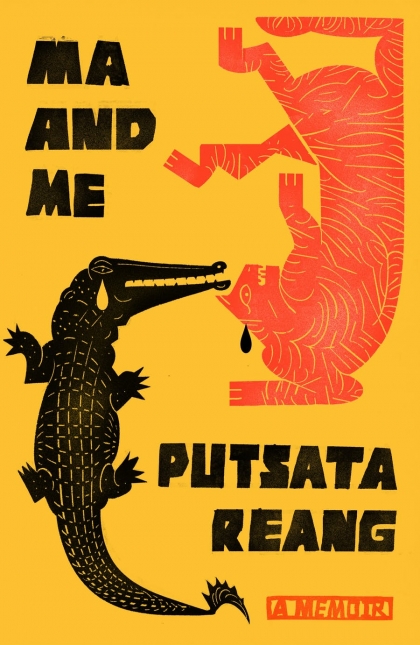 In accepting the 1950 Nobel Prize for Literature, William Faulkner (1897-1962) mourned the state of young writers, who’d “forgotten the problems of the human heart in conflict with itself, which alone can make good writing because only that is worth writing about.”

If only Faulkner, a white man from Mississippi who never renounced his own racism, could meet Putsata Reang, a gay American woman born in Cambodia whose memoir, Ma and Me, contains all that Faulkner championed in writing — “the old verities and truths of the heart, the universal truths lacking which any story is ephemeral and doomed.”

Faulkner created a fictional universe (Yoknapatawpha County) to find the truths of “love and honor and pity and pride and compassion and sacrifice”; Reang finds those truths in the nonfiction she writes about coming to America as a refugee.

“Put,” as her family calls her, was bundled in her mother’s arms at the age of 1 as her parents and six older siblings escaped from Phnom Penh in 1975 before Cambodia fell to the Communist Khmer Rouge. Making the trip to America aboard a ship, Put’s mother carried her malnourished, half-dead baby on deck, frantic to find a doctor who might speak Khmer. Instead, she ran into the ship’s captain, who crisply informed her that, if her child died during the voyage, she’d have to throw the dead body overboard because “we are so over-crowded here…[and] the corpse will spread disease to everyone else.”

Such a burial was abhorrent to a Buddhist mother, so Ma re-consecrated herself to keeping her baby alive, telling Put years later how many times she had come so close to dying. “Out of all my kids, you were the weakest. You were the smallest of all. You were the hardest to take care of.”

Sponsored by two local churches, the Reangs found their way to Corvallis, Oregon, where they arrived with an extended family of 15 — two parents, seven children, one grandparent, and various cousins, aunts, and uncles:

“We were the talk of the town — the first Cambodians to settle amid the city’s corn and fruit fields and its thirty-five thousand mostly white residents.”

Life in America became a series of painful accommodations for the family: to a new language, to new people, to poor-paying migrant jobs picking berries every season. For the children, there was the obligation “to show gratitude to our parents for their quiet sacrifice.”

Reang felt an even greater debt than her siblings because her mother had saved her life. She writes starkly that “I hate my father” because of his cruelty, which may be why she poured so much love into her mother. “[M]y need for Ma was vast…I felt…as if my mother and I were one. Her dreams were my dreams. Her fears were my fears…I refused to go anywhere far from Ma.”

Growing up as a tomboy wearing her brothers’ clothes, Reang was in her 40s before she could publicly acknowledge her sexual identity, once described by Lord Alfred Douglas in a letter to Oscar Wilde as “the love that dare not speak its name.” Ma was horrified when her daughter confessed to being queer, and Reang was heartsick, knowing she “had become the thing I was most afraid of: a disappointment in my mother’s eyes.”

When Reang decided to marry April, the woman she loved, she had the full support of her siblings, but her parents, deeply shamed by what they viewed as an abomination, refused to attend the wedding. The family’s honor within their Cambodian community had been sullied, their reputation ruined.

In this memoir, Reang writes like a flower blooms — beautifully. She describes “sun-plumped blueberries” and “mud-caked knees” and someone who “limp walks” to see “seaplanes splash-land.” Flying into Cambodia on her first return to her country of birth, she’s mesmerized by what she sees:

“Endless acres of rice paddies spread out like squares of carpet patched with seams of irrigation ditches, and the golden spires of pagodas jutted up from between palm trees with fronds dancing in the breeze, lighting and rising like helicopter blades — a land cut through with the purest light.”

While Reang remains psychologically divided as a Cambodian living in America, a homosexual living in a heterosexual world, and a daughter disowned by her beloved mother, she finds peace. “I had believed that Ma and I were so close that we were fused together,” she writes. “I did not know I could exist separate from her, that I could have dreams of my own rather than live out the dreams she had for me.”

William Faulkner would tip his hat to such a writer. He hoped that his Nobel acceptance “might be listened to by the young men and young women already dedicated to the same anguish and travail, among whom is already that one who will someday stand where I am standing.” Putsata Reang, born decades after Faulkner’s speech, might just be a contender.

Where Did You Get This Number?: A Pollster’s Guide to Making Sense of the World

A timely reminder that saying you’re going to vote isn’t the same as voting.