In the Company of Men: A Novel

A moving chronicle of the West African Ebola outbreak narrated by witnesses to the devastation. 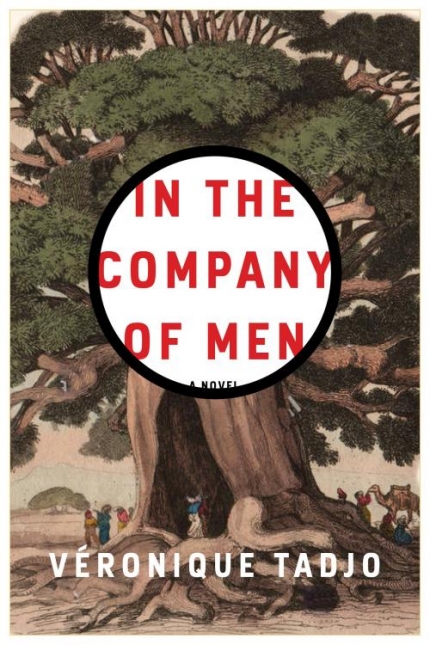 Amid the mounting death toll, economic devastation, and societal breakdown caused by the pandemic that has gripped our planet for the past 13 months, one can be hard-pressed to find anything positive to say about the coronavirus. But after reading Véronique Tadjo’s In the Company of Men, we can at least acknowledge that the symptoms of covid-19, though horrific and too often deadly, are not as vicious, excruciating, and lethal as those of Ebola.

The 2014-2016 Ebola outbreak in Guinea, Liberia, and Sierra Leone is carefully and comprehensively detailed in Tadjo’s deeply affecting chronicle, which incorporates real-life testimony and fictional voices, including those of victims, caregivers, a village baobab tree, the bats who spread the virus to humans, and even Ebola itself.

The narrative opens with a brief scene of desperation as a father sends his daughter away, commanding, “Go to the capital, go to your aunt. The village is cursed.” He advises her not to tell anyone what is happening in her home, for he knows that they would turn her away.

The next chapter describes the innocuous series of events that led to the girl’s banishment. Her brothers go into the forest with slingshots. They come upon a colony of bats sleeping in a tree and kill three, grilling them for a snack, “though there wasn’t very much to eat: a few chewy bones and a bit of flesh with a gamy flavor.”

Soon, the boys fall ill, as do others in the family. They are quarantined, but by then it is too late: Their mother has already visited the local healer. The father dispatches his daughter to the capital while the mother and the rest of her children are taken to the hospital, never to be seen by the father again. He, too, has become ill.

Thus begins the outbreak, described in grim eyewitness accounts that tell of the unbearable toll the disease takes on everyone who comes into proximity with it, even those who aren’t infected.

A doctor describes struggling to practice medicine within the prison of his plastic personal-protection suit, “Forty minutes like this, that’s the maximum. Any longer, and you may faint, you may simply collapse.” Wondering when he will see his family again and why he is exposing himself to the virus, he must inure himself to suffering and become “a trespasser in the kingdom of Death.”

A sick mother who has already lost her children to the disease only wants to be allowed to die at home. A man memorializes his lost beloved with poetry. A gravedigger, a public-health worker, the Congolese scientist who identified the virus, and others relate their heartbreaking stories, often weaving in details — such as the endemic corruption that siphons aid and the reactions of foreign countries to the outbreak — that are unrelated to their narratives. These insertions sometimes feel out of place, as when a woman who takes in an “Ebola child” orphaned by the illness details the decontamination efforts at the treatment centers after the crisis has passed.

Some of the afflicted, of course, survive. One of the fortunate, the girl from the first scene who was sent to the capital, recounts her battle with the disease and her long recovery, only to be ostracized upon leaving the hospital. Another survivor, a missionary doctor who is treated back in his home country, describes a grueling convalescence and all the places in the body the virus can hide, including the eye, “an organ that my immune system could not easily access.”

The most disquieting aspect of the novel is not the detailed descriptions of the grisly effects of the virus on the body, but rather the author’s assertion that humans and Ebola have a lot more in common than we higher life forms would like to admit. Both are programmed to thrive and reproduce and, in doing so, destroy the host that is the very source of their survival.

As Ebola itself tells us, “[I]t’s not me humans ought to fear the most. They should rather be scared of themselves!” Ebola is perfectly content in the “primordial jungle” and has no need to seek out humans, but humans cannot leave any part of Earth unclaimed. With searing contempt, the virus enumerates our flaws and makes it clear that, despite our advanced brains, we can no more resist our own destructive nature than can the virus.

Ebola confesses the only thing it fears:

“[S]eeing human beings go against their nefarious nature and start to help each other. For it was neither science nor money that made me retreat when I was already so close to my goal. No, it was ordinary people, who gradually came to understand that their impact would be greater if they put their immediate interests and personal troubles aside in order to think, work, and fight collectively.”

As we know from the way America has reacted to the coronavirus, Ebola need not fret. We humans should be relieved that the coronavirus is not as vicious as Ebola, without ever forgetting that there are untold other viruses lurking out there alongside the ones we already know about. So far in 2021, there has been an outbreak of Ebola in Guinea and the report of a new strain of avian flu in Russia.