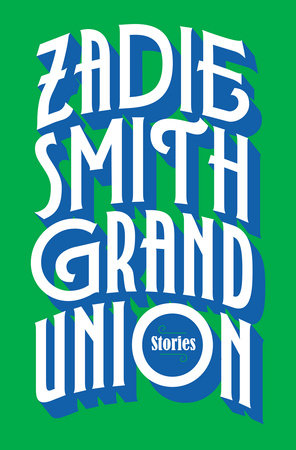 Zadie Smith contains multitudes — fully formed, distinct, unique — and she shares them to devastating effect in the 19 short stories that make up Grand Union, her first collection.

These stories are all over the map, but in the very best sense: in geography and time, in form and voice, in tone and approach. They demand that you pay attention, and it’s best to meet each one on its own terms, without preconceived notions of what may be lurking there.

And though all our contemporary anxieties and dread skulk inside or punch through these stories — Brexit and Trump, babies in cages, global warming, crushing student debt, and opioid addiction, the ugly-isms in all their clumsy and brutal forms — they hold a timeless quality since, of course, people are people, and the range of human emotion remains steady no matter where, when, or in whom it exhibits itself.

Such is Smith’s wizardry, to give those emotions such range of voice.

Like the voice of the title character in “Miss Adele Amidst the Corsets”: Defeated by the middle-aged spread that has stolen away her former tight and tempting showgirl’s body, Miss Adele — born Darren — is forced to trudge through the frigid night in search of new foundation garments, finally stumbling into a shop and a whole series of cultural miscues. It’s an hour-long snapshot of one person’s life, a simple story that is not simple at all.

“The Canker,” takes us to an imagined island nation where a middle-aged woman describes life in the time of the Usurper, whose mind “was exactly as everyone had expected, it writhed and it oozed. It was an abomination.” And yet his greatest disruptive power is to make himself the universal focus of all attention, which makes everyone, the woman included, complicit in the debasement of social norms.

A universe of time, place, and anguish is encompassed in “Two Men Arrive in a Village,” a story as old as humankind of the price innocent civilians pay in the wars and revolutions that ravage them and leave them in ruin:

“Sometimes on horseback, sometimes by foot, in a car or astride motorbikes…Two men arrive in a village by foot, and always a village, never a town…the teenage girls are out in front of their huts or houses, wearing their jeans or their saris or their veils or their Lycra miniskirts, cleaning or preparing food or grinding meat or texting on their phones. Depending. And the able-bodied men are not yet back from wherever they have been.”

The details change, but the story remains the same.

And in “Kelso Deconstructed,” Smith takes us to a real event in 1959 London and imagines the final day of Kelso Cochrane’s life. Kelso came from Antigua by way of America and wanted to be a lawyer. In 1959, he was living with his fiancée, Olivia, a nurse trainee from Jamaica.

“One thing about the last day of our lives is we almost never know that it is the last day — from here stems ‘dramatic irony’ — and no more did Kelso know it.” Yet Smith still makes us hold our breath in hope as the day and evening unwind and Kelso is still with us. His late-night murder by a carousing group of whites galvanized the nascent civil rights movement in England.

This whipsawing of the stories through time, place, people, and points of view leaves the reader with a buzz of disorientation, which does nothing to dampen the desire to find out what comes next. Some stories defy summary, like “Mood” — with its cacophony of observation, conversation, and Tumblr feeds — but virtually all of them are unsettling in their own unique way.

There are surprises everywhere. In a darkly comic take on viral social media and the cancel culture, “Now More Than Ever,” the otherwise seemingly inane narrator comments, “No one ever got lynched and thought, Well, at least this will lead inexorably to the civil rights movement…Pain is the least symbolic thing there is.”

Whence the title? The Grand Union Canal runs through England from Birmingham to London and into the Thames. Smith envisions Kelso looking at it and imagining that the other end connects to the water he swam as a child in Antigua and to all the other water he has ever seen.

In Smith’s final story, “Grand Union,” the canal makes a similar link, this time of “all the daughters of the world,” women linked together through generations, multitudes that form a grand union.

Jennifer Bort Yacovissi’s debut novel, Up the Hill to Home, tells the story of four generations of a family in Washington, DC, from the Civil War to the Great Depression. Jenny writes a bi-monthly column and reviews frequently for the Independent, and serves on its board of directors. She also writes a bimonthly column for Late Last Night Books. Her short fiction has appeared in Gargoyle and Pen-in-Hand. Jenny is a member of PEN/America and the National Book Critics’ Circle. Previously, she served as chair of the Washington Writers Conference and as president of the Annapolis chapter of the Maryland Writers’ Association. Stop by Jenny’s website for a collection of her reviews and columns, and follow her on Twitter at @jbyacovissi.com.

In this collection, reckless characters battle horrific evils along the path to redemption.