This crossover YA story — aimed at both adults and teens — tackles childhood angst, parental malfeasance, and other tough topics 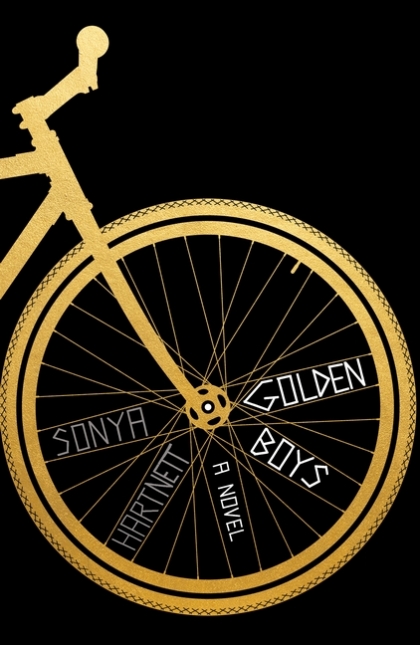 Sonya Hartnett’s novel Golden Boys is a coming-of-age story many of us know: that cringing sense of disgust at the loss of faith in one’s parents. In this latest work marketed to both teens and adults, Hartnett explores this issue at its most disturbing and complex intersections.

The summer holidays are nearly upon a working-class Australian neighborhood when the wealthy Jenson family moves into the only brick house on the block. For the rough-and-tumble local kids, the Jensons seem exotic and manicured, “like they should be etched into stained glass windows.” The father, Rex, is an attractive, polo-wearing dentist. The mother, Tabby, possesses a quiet elegance. The older son, Colt, appears orderly and reserved, mature for his age of 12. And the younger son, Bastian, is like a chirping canary, beautiful, naïve, and fluttery.

But are the Jensons as golden as they seem?

At first, it appears they just might be — at least to the neighborhood kids who come from struggling families, and to readers, who, for the first half of the novel, witness mainly scenes where the Jensons (particularly Rex) are the pinnacle of generosity and graciousness.

So when Colt becomes angry with his father for making him guess the color of the bike he is about to receive as a gift — the hip BMX that serves as a pivotal symbol throughout the book — his anger seems misplaced. After all, Rex is just playing a simple guessing game with his sons.

Readers aren’t given long to figure out whether to trust Colt’s seemingly melodramatic views, because the narrative switches to the perspective of 12-year-old Freya Kiley, the eldest of an over-stretched, six-child family headed by an alcoholic father. At church, Freya and her family meet the Jensons for the first time, launching a story of two parallel households.

At this point, readers might expect the chapters to flip-flop between the two foils, Colt and Freya. But Hartnett makes Golden Boys more complex than that by including the points-of-view of several other neighborhood children. There’s the second Kiley sibling, Declan, a composed, no-nonsense 11-year-old, and the third child, Syd, a quick-to-anger 10-year-old who yearns for toys and gadgets his family can’t afford. (Luckily, the fourth, fifth, and sixth Kiley children — Marigold, Dorrie, and Petey — aren’t given their own chapters.)

There’s also weed-like Avery, who lives with his inattentive grandparents and ferrets about the streets with holes in his shoes. And lumbering Garrick, the archetypal, if cliché, neighborhood bully with beefsteak arms and the bravado of the insecure.

If this seems like a lot of characters, it is, especially in the first few chapters. This isn’t helped by Hartnett’s somewhat messy handling of points-of-view. At times, the narration is “close third,” where readers experience just one character’s thoughts; other times, it zooms out and takes on an omniscient quality. Thankfully, as the story progresses, the lead characters become clear, and, on the whole, they’re a fresh, convincing bunch.

While the head-jumping might not be for everyone, it does make Golden Boys a truly neighborhood book. And that seems to be Hartnett’s intent. She fills the pages not so much with a linear plot as with an assortment of summery events and relationships: a backyard barbeque at the Jensons’; family fights at the Kileys’; the kids bicycling around town; Avery’s scraped knee; Garrick bullying; the boys playing down at the storm-water drain; Rex buying the neighborhood children ice cream; and, of great importance to both the kids and the narrative, the arrival and filling of the Jensons’ new swimming pool, which “attracts them like flies.”

Perhaps this sounds a bit dull for a crossover novel aimed at both teens and adults (and for some action-loving readers, it just might be). But the tone and characters more than drive the momentum in Golden Boys, even when the plot does not.

Take, for example, Hartnett’s gothic description of locked-up bicycles: “The boys had hooked their bikes to the chain-mesh fence, posing them like skeletal carousel horses with their front wheels bucked off the ground.” Syd’s reaction to Rex Jenson cleaning a knee wound also rings gothic: “When he looks back to the man, Rex has bent close to Avery’s knee, and for a second Syd thinks he is licking it — licking up the ooze and meaty scent.”

In the second half of the novel, the plot rises to catch up with the sinister tone. Joe Kiley’s alcoholism escalates, leading him to throw a dinner plate while his children cower in the other room. In response, Freya cleaves to Rex Jenson, whom she feels is a far superior father to her own. But not all the characters agree. Colt certainly doesn’t, and even Syd and Declan start feeling weird around Rex. Why does he want to help them towel-dry when they get out of the pool? They’re not little kids anymore.

Ultimately, Golden Boys races forth like the Jensons’ sleek new BMX, hurtling readers toward an intense, thriller-like ending that’s far from sugarcoated. Guilt, violence, retribution, and emotional survival: they all play a part in Hartnett’s psychologically nuanced portrait of the disturbing choices children make in the absence of protective adults.

Mateal Lovaas Ishihara is an English teacher with a passion for young-adult literature. She holds an MFA in creative writing and is working on an historical-fiction novel for teens. Her most recent short story, “Crossing Harvard Yard,” was published in New England Review.

The Mark of Cain

This slow-burning sequel will thrill some readers with its eerie atmosphere.