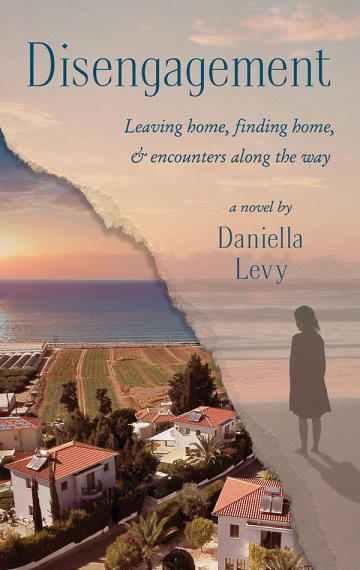 This brilliant and troubling novel pursues what many Israelis consider a national disaster, and others consider a necessary accommodation to reality. In 2005, Israel forcibly removed those Israelis who had settled and lived in Gaza for the better part of a generation.

To tell the story in Disengagement, author Daniella Levy invents a representative settlement, Neve Adva, and populates it with a large cast of characters with a range of perspectives about the disengagement and each other. These characters had various reasons for relocating to the Gaza Strip: patriotism, religious conviction, and the opportunity to shape and nurture a community in their own image.

Generally, they are presented in family groupings, and a good number of the children cannot remember another home. The characters’ motives seem like a modified version of those that fed the modern Jewish state’s founding, but the parallels are not drawn in detail.

Most historical narratives of Israelis in Gaza go something like this: On June 5, 1967, some weeks after Egypt blockaded the Straits of Tiran and cut off Israeli shipping, Israel launched an attack against Egypt, beginning the Six-Day War. After swiftly and thoroughly defeating the neighboring Arab states, Israel assumed control over the Gaza Strip and held the area by populating it. A series of border communities, the settlements served as a defensive measure against incursion into Israel by various Palestinian forces.

Levy’s storytelling, however, is best approached without such historical trappings. Its heart is found in the settlers’ varied reactions to the Israeli government’s decision in 2005 to send its soldiers into the settlements for the purpose of destroying them. That is, destroying the lives and hopes of Israeli citizens.

Readers receive heart-wrenching descriptions of individual reactions to this disastrous upheaval in their lives. Several of these passages have the grace and resonance of prose poems.

Farmers and fishermen, immigrants and natives, a Holocaust survivor and a left-wing journalist — all seem unmoored, including the young, articulate rabbi who’d lost a foot while defending his country. As the victims of the disengagement policy take sides, the community falters. People find it hard to listen to one another, to value the possibility that someone’s seemingly contrary position has merit, and that the various voices deserve respect. How can one’s country, this country in particular, demand that you give up your dreams?

It’s clear that the author sees this breach in a community’s expectations and the urgent need to nurse the social and psychological wounds as a paradigm for other experiences of disengagement. Sooner or later, most of us are forced to disengage from careers, families, a belief system, and even from our younger selves. We need to develop the vision and tools to reconnect by learning about ourselves through such trials.

This novel is more than a story of conditions in Israel. Levy, who did considerable research in preparing this book, has a deep understanding of the traumatic processes she writes about, and she is able to convey the heartache and disorientation in an engaging manner and with a sense of immediacy.