Churchill’s Shadow: The Life and Afterlife of Winston Churchill

The man behind the myth was pretty remarkable, too. 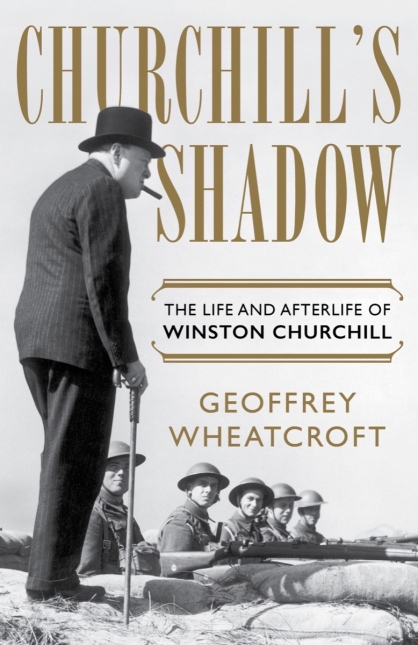 Winston Churchill, England’s erstwhile savior and prime minister during World War II, likely was the most famous and most revered leader of his generation. Six decades after his death, interest in the man keeps growing. All the more so in the United States, given the dozen Churchill movies out there, the most recent being “The Darkest Hour.” (Totally fiction, but we love it regardless.)

The cigars. The walking stick. The unparalleled way with words. We think we know the man. Right from the beginning, Geoffrey Wheatcroft’s engaging, impressively well-researched Churchill’s Shadow convinces us that we do not. Most decidedly.

Wheatcroft, a former literary editor for the Spectator and author of The Controversy of Zion, Yo, Blair!, and other books, writes in his opening that this will not be a conventional biography. He makes good on his promise. Churchill’s Shadow is neither a hatchet job nor, thank goodness, another hagiography. You could call it a “context” biography, as in “the life and times of…” But it is not typical even of that format because the author takes Napoleon’s advice: “To understand the man you have to know what was happening in the world when he was twenty.”

We see Churchill through the lens of what his contemporaries thought of him at various stages of his life. Which, generally speaking, was not much. Prior to 1939, he was widely disliked and held in contempt — even when head of the Conservative party. Sometimes with humor, and always with clear and graceful writing, Wheatcroft shows us why it was so. The breadth of the material is ponderous, but the book never is.

When we Americans think of Churchill, first we wonder why nobody listened to him during the run-up to WWII. The answer within these pages is clear: Hardly anyone trusted him. He was thought to be gifted, even brilliant, but also wayward, headstrong, arrogant, and unpredictable. Pretty much what people also thought of his father, Lord Randolph Churchill. (Franklin Roosevelt once commented, “I disliked the father and I dislike the son.”) And Neville Chamberlain wrote in a 1928 letter:

“It is sheer delight to hear him speak in public or in Cabinet…his decisions are never founded on exact knowledge, not even on careful and prolonged consideration of the pros and cons…He is a brilliant wayward child who compels admiration but who wears out his guardians with the constant strain he puts on them.”

It didn’t help that Churchill was not classically educated and only half British. His mother, the former Jennie Jerome, was American, which was famously to his advantage once the United States entered the war. Before then, it rendered him suspicious.

Something startles on nearly every page. As I read, I kept asking myself, “Why didn’t I know this?” If the answer wasn’t that I was just ill-informed, it often was that Churchill didn’t want me to know it. He was writing history as he made it and was exceedingly competent at omitting, minimizing, or prettying-up the less-than-flattering bits of his life. He did it almost to his last day. In his myriad books, you won’t read anything about cheerfully bayonetting prisoners after a battle in Bangalore, his reflexive racism (“Keep England white”), or how he was convinced that the Islamic faith always leads to apathy and improvident habits.

What Churchill worried about most, all his life, was money. Although born “in the top drawer” of British society, he did not inherit much of an income or a house. Consequently, whether he was an army lieutenant, member of Parliament, cabinet minister, or prime minister, he also had a second full-time job: working journalist.

He produced an ever-flowing stream of magazine articles and books throughout his lifetime and was one of the best-paid authors of his day, both in England and in the United States. Especially in his later years, he raked in astonishing sums. Some of his book advances were in the millions of pounds or dollars, which even today would be cause for Champagne, his drink of choice.

Churchill never carried cash, yet he spent money the way he did everything: with ferocious energy. He flew his own airplane barely a decade after the Wright brothers discovered flight. He played polo, rode to hounds, and hunted boar well into his 50s. He never vacationed with his family, preferring to gamble in French casinos with male friends, many of dubious repute. Often, in one night, Churchill would lose the equivalent of several years’ pay for a typical factory worker.

So it’s no wonder he was always looking toward what he could make off his next article, his next book. And it’s also no wonder that, after he was about 30, almost nothing he wrote was entirely his. From then on, Churchill always had a team of ghostwriters, which he and they referred to as “the syndicate.” Each of three or four writers was paid around 300 pounds a year to learn Churchill’s style, and they produced first drafts which he then edited, often through multiple versions. The exceptions were his speeches and most of the articles that appeared under his name in American magazines such as Collier’s. Notes Wheatcroft:

“If anything like the truth about his literary life had been known — the huge fees, the ghost-writing, the double-dealing with publishers, the energetic tax avoidance — it would only have added to the suspicion and distain so widely felt for him.”

Yes, the syndicate worked on Churchill’s biography of Marlborough, his ancestor. Also on his crowning literary glory, the six-volume history of the war, for which he was awarded the Nobel Prize in Literature. He produced the books while prime minister for the second round. If you find the ghostwriting business difficult to believe, consider this: How else could he have churned out 1.6 million words while in his late 70s and 80s, and while simultaneously carrying the burdens of state?

Those in the publishing trade knew Churchill used ghosts, but few others did, then or now. It exasperated his editors in America, who didn’t hesitate to ask for rewrites until the book sounded like Churchill.

Wheatcroft reveals parts of Churchill’s dark side that only scholars are likely to know, yet he always deals fairly with the man. Equal pages are given to Churchill’s devotion to justice, his lifelong concern for the poor, and his love for the British parliamentary system. The author’s own admiration and affection for the man, whom he met while a child, is never voiced but breathes through the whole. Fortunately, for readers — and posterity — it never renders him an impartial witness.

Almost in passing toward the end of the book, Wheatcroft observes that anyone who ever worked closely with Winston Churchill knew his flaws and had to put up with his exasperating habits. Then, he adds, “and they all came to adore him anyway.” In Churchill’s Shadow, we, too, see his frailties laid out before us, and it matters not a whit. He’s still our Winston.