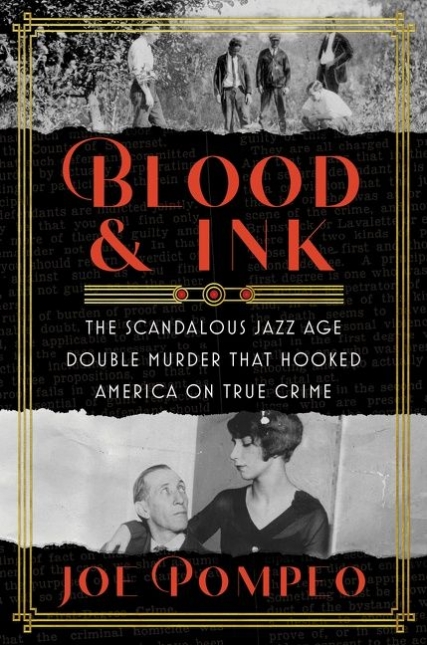 It was a crime scene like no other. A man and a woman were lying side by side on the grass beneath a crabapple tree, their bodies face up and about a foot apart. Her head rested on his outstretched arm; her hand was touching his thigh. The abandoned farm on the outskirts of New Brunswick, New Jersey, was a popular rendezvous for couples seeking a private, secluded spot. This pair looked as if they had fallen asleep.

The truth was horrifying. There was a bullet hole in the man’s temple, three more in the woman’s head, and a deep slash wound to her throat. The killer — or killers — had shot them at close range and staged the bodies to make it clear they’d been a couple. A sheath of love letters was scattered around them. He was Rev. Edward Hall, the pastor at St. John the Evangelist in the city of 33,000. She was Eleanor Mills, who sang in the church choir. They were married, but not to each other.

The September 1922 double murder — and the lurid press coverage it generated, as police and journalists scrambled to chase down witnesses and sift fact from lies and rumor — was one of the great sensations of the Jazz Age. Exactly a century later, Vanity Fair correspondent Joe Pompeo resurrects this all-but-forgotten tale of wealth, privilege, illicit sex, and tainted justice in Blood & Ink. “It was a crime of anger and vengeance,” he writes, “but also of intimacy.”

The wronged spouses were the obvious suspects. Eleanor’s husband, Jim Mills, a church sexton, convincingly proclaimed his innocence. That left Frances Hall, Edward’s wealthy wife, and members of her family, who had the money needed to buy silence and sidetrack investigators. As Pompeo records, the investigation was bungled from day one, whether by incompetence or design or both. The couple had wandered over the county line, sparking parallel probes and sowing jurisdictional confusion.

Incredibly, no one thought to take photographs of the bodies before they were moved. Rubberneckers and souvenir-hunters swarmed the scene and handled evidence. The initial autopsies were so amateurish that the corpses had to be exhumed for proper post-mortems. A man everyone knew was innocent was briefly charged with the murders, based on the perjured statement of a dubious witness.

That’s when a crime that seemed headed for the scrapheap of unsolved cases took an unexpected turn. Enter Phil Payne, the ambitious young editor of the New York Daily News who later jumped to the top job at its tabloid rival, William Randolph Hearst’s New York Mirror. Payne knew what sold newspapers — stories about crime, sex, and rich people behaving badly — and the Hall-Mills murders delivered all three. “It has a combination of every element that makes a murder case great,” gushed one reporter.

When the authorities stumbled, Payne launched his own investigation. The Mirror’s reporters gathered the evidence needed to put Frances Hall and her brothers, Willie and Henry Stevens, on trial for murder in 1926. A cousin, Henry Carpender, was also charged. A key witness, Jane Gibson, who ran a neighboring farm — and became known as the “Pig Woman” — claimed to have witnessed a confrontation at the spot where the bodies were found. The dispute, presumably over Edward Hall’s affair with Eleanor Mills, had erupted in gunfire, and Gibson placed Frances Hall and several men at the scene. But her story changed as it was retold to the authorities and a succession of reporters, undermining her credibility.

Pompeo covers the media industry for Vanity Fair, and his descriptions of New York’s tabloid wars, the streetwise crime reporters chasing the story, and the murky journalism ethics of the day are highlights of the book. Newspapers colluded with law enforcement or blithely interfered with official probes, depending on which course of action was most likely to scoop the competition and attract readers. “Though frowned upon by modern standards,” the author explains, “close coordination between police and the press seemed well-suited to the lawless climate of the 1920s.”

The Hall-Mills case was just as well suited to the Roaring Twenties — a scandalous whodunit for a scandalous time. Pompeo vividly recreates the fumbled investigations, breathes life into characters caught in the glare of publicity, and captures the media circus that fed the story to an audience obsessed with crime and celebrity.

His research is exhaustive, his command of details complete, the narrative fast paced and captivating. The chance discovery of a trove of case records in the basement of a New Brunswick home in 2019 — thousands of pages of witness statements and grand jury transcripts — injects new material and fresh insights into his account. The result is first-rate historical true crime.

Were the testimony of an erratic eyewitness and a tabloid’s sleuthing and exposés enough to convict? Don’t Google the answer. Immerse yourself in Blood & Ink and time-travel with Joe Pompeo back to the Jazz Age to find out.

Dean Jobb’s latest book, The Case of the Murderous Dr. Cream: The Hunt for a Victorian Era Serial Killer (Algonquin Books), won the inaugural CrimeCon Clue Award for True Crime Book of the Year and was longlisted for the American Library Association’s 2022 Andrew Carnegie Medal for Excellence. He teaches in the MFA in Creative Nonfiction program at the University of King’s College in Halifax, Nova Scotia.