When the Winds of Changes Shift

They say that all good things must end someday… 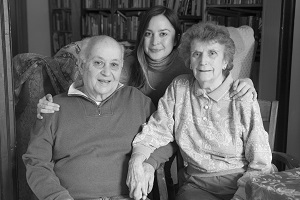 “It is old age, rather than death, that is to be contrasted with life. Old age is life's parody, whereas death transforms life into a destiny…”

I report with sadness that “Ralphie’s Bookmobile” has jumped the curb at the corner of Mom and Dad and struck a long, looming pole. Until Harry Crews arrives with a tow truck, this will be my last column for the Independent. It has been a platform and a privilege I have enjoyed for the past 18 months.

I filed my first column from the grave of Keats in Rome over the summer of 2018. I post this farewell from the basement kitchen of my parents’ brick rancher not far from Baltimore-Washington International Airport, a Chambers range in front of me, the “beer” refrigerator at my back.

To my left, Dad’s long-unused tool bench, to which my younger brother Danny migrated while I hid in a corner somewhere reading about Frank Robinson. To my right, a rusting washer-and-dryer combo alongside stationary tubs.

When I am here, more frequent with each passing week, I write at a wooden table with a porcelain enamel top, an item from the 1930s that migrated to the suburbs with my mother from Baltimore’s old Polish colony of Canton.

I lived in this house, a popular, mid-1960s model in the 17th-century hamlet of Linthicum, for more than a dozen years; from the age of 8, in 1966, when I told my parents I was going to be a writer after listening to my third-grade teacher read Stuart Little, until my 22nd birthday, when I returned to our family’s roots in Baltimore to work as a reporter.

I’ve visited often ever since, for crab feasts with the bounty my old man and his best buddy, Jerome Lukowski, caught in the bay, birthdays, traditional Christmas Eve celebrations, random weeknight dinners, and a couple of long months in early 1989 after my divorce.

Many of my stories were written here, from collegiate journalism composed on a Metropolitan Life typewriter liberated from the insurance company’s local offices by shifty Uncle Pete, to screenplays on my first laptop, a lime-green Apple “clamshell,” and many a discarded idea on note paper.

But the time I now spend with Manuel and Gloria, each 85 years old, high-school sweethearts married for 66 years, is profoundly different from all that came before. And it led directly to the adios gentiles lectores story you’re reading now.

The decision to end this column followed an epiphany that arrived — in the midst of multiple, competing deadlines — as I banged out another nickel-a-word story on that old brown, enamel-topped table, its legs a wan, institutional green. The truth embodied by the epiphany is a Thames Street waterfront classic: You can’t shove 10 pounds of manure in a five pound bag.

Something has to give. Parking “Ralphie’s Bookmobile” was it.

As recently as three or four months ago, I believed my involvement with my increasingly fragile parents was no more than “helping out.” Either me or Danny stop by every day, if only for an hour, make sure there is food in the fridge, take them to funerals too important to miss (like the recent one of my father’s cousin Philomena DeFelice, an original Baltimore Colts cheerleader), and run up and down the steps to retrieve this or that (paper towels, linguine, Spam) from the pantry next to the beer fridge.

And then, trying to think my way through an obstinate sentence while Mom’s “walker-on-wheels” traversed the wooden floors upstairs like a trolley car, I realized that what was once helping out was now a full-time job.

I don’t resent the work itself, but the reason for it — the slow and steady fading away of a once extraordinarily productive and vibrant couple; the people who told me that if I was going to be a writer then work hard to be a good one — has made it a heartbreaking, if dutiful, trudge.

In 1970, when Simone de Beauvoir (1908-1986) presciently published The Coming of Age, my parents were both 36, and I was a 12-year-old in adolescent angst over the unfathomable breakup of the Beatles.

In that book, released when the boomers were washing the world in all the colors of Mumbai, de Beauvoir wrote:

“The past is not a peaceful landscape lying there behind me, a country in which I can stroll wherever I please, and will gradually show me all its secret hills and dales. As I was moving forward, so it was crumbling. Most of the wreckage that can be seen is colourless, distorted, frozen: its meaning escapes me...all that's left is a skeleton.”

Applied to what I am now experiencing, de Beauvoir echoes “All Hail Bob” Dylan, “It’s not dark yet, but it’s getting there…”

We spent the summer of 1970 in Spain, visiting the village in Galicia where my namesake grandfather was born in 1904. And my parents led the way for the whole gang of us — grandparents, uncles, cousins — with Dad translating for “the Americans,” and Mom paying close attention to the cooking of our gallego relatives to reproduce those meals here in the brick rancher on Orchard Road in Linthicum.

The first thing I did when we arrived was to ask my great-aunt Dolores (a name that wafts through the generations of my family like Rafael, Manuel, and Victor) for a pencil and a sheet of paper.

I wanted to get down what was going on around me and mail it to a girl back home whom I visited on my bicycle in one of those cul-de-sacs. Not unlike the way I am communicating with you right now.

One of my mother’s favorite songs is “Spanish Eyes,” as sung by Al Martino on a 1965 Capitol LP we used to have. At the time, I didn’t know that Elvis also covered the song.

Mom liked it, especially when sipping a glass of white Brillante wine, because my brother Danny has blue eyes. An adaptation of the more popular, “Moon Over Naples,” the lyrics say, “This is just adios and not goodbye…”

See you in the grand stacks of stories when the bookmobile is back on the road.

[Photo of Manuel and Gloria Alvarez with granddaughter Amelia by Jennifer Bishop.]