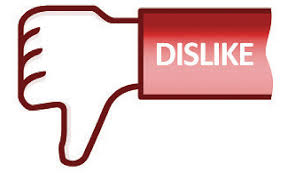 Just in time for the post-gift-giving season, I’m ‘boutta go all old media on you with a list of the Worst Books of 2013.

There is nothing scientific about these end-of-the-year lists. I reviewed 10 books for the Independent in 2013, and my list is culled from that tiny pool. What I find exasperating or offensive in a book, you may think is revelatory or revolutionary. I’ve spotted two of the books on my “Worst of” list on “Best of” lists elsewhere.

Perhaps you think it is cruel of me to not only give a book an unfavorable review, but to then recycle it in a self-serving blog posting, but isn’t that what the Internet is all about?

Perhaps you agree with Dave Eggers’ much-quoted passage from an interview with the Harvard Advocate that my unfavorable reviews came from a “smelly and ignorant place…with a voice that was all rage and envy,” or with Isaac Fitzgerald that I’m just “wast[ing] breath talking smack about something,” publishing a bad review because I’m a bitter, mean-hearted person, jealous of the success of others.

Sure, criticism sucks. Writers are generally very sensitive people; that’s why they’re writers. As a striving novelist, I have had my share of rejection, and it hurts. The very first agent I submitted to told me my writing was “strained” and “overblown.” I have a whole folder of rejections from editors eloquently explaining why my manuscript failed to impress them.

Yeah, their comments made me feel bad. But not bad enough to make me stop writing. Because not only are writers sensitive, they also generally think they’re smarter than the majority of their fellow earthlings and that they have something important to say.

Of course, a bad review is much more public than a rejection shared only with a writer (and possibly her agent). But if you’re a published author, you’re no longer in the little leagues where everyone on the team gets a trophy. As has been made increasingly clear, your book is first and foremost a product, and your potential customers (if I may be so crude) should be able to assess whether your book is worth their hard-earned cash and precious leisure hours.

It’s true that, on occasion, I’ve been asked to soften reviews and once almost had a review rejected because it didn’t have one conciliatory thing in it (see if you can spot which one it was). I rely upon the sage guidance of the Independent’s editors to reel me in and save me from being needlessly cruel. So I’d like to take this opportunity to thank them, and to wish Richard Cohen an editor who will save him from repeatedly embarrassing himself.

So, without further ado, here are Alice in Wordland’s Worst Books of 2013:

The Abundance by Amit Majmudar [read my review here]

Umbrella by Will Self [read my review here]

The Valley of Amazement by Amy Tan [read my review here]

Check out these books if you must, but don’t say I didn’t warn you.

An event that centers marginalized voices is born.