In this age of extended youth, here's a Catcher in the Rye for the Millennial set. 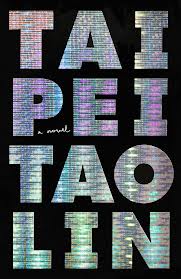 If 50 is the new 40, then the 20s are the new teens, extending adolescence until well after the college years. Mary Shelley’s Frankenstein aside, who wants to read a novel written by a teenager? Which is what Taipei, by Tao Lin (born in 1983, according to his author blurb), feels like, or rather, less a novel than the dutiful entries in the journal of a drug-addled adolescent. But the protagonist, Paul, is not a teenager, he’s a 26-year-old writer.

Somehow, Paul is sheltered from the demands of adulthood. Money is never mentioned. How does Paul pay for his Brooklyn rent, organic food, MacBook, drugs, and cross-country trips? We know he is an author because he gives various readings, but he is no star, and instead seems to survive on the fringes of the literary scene. Most of his fans are youngsters themselves, who seem more likely to spend their pocket money on drugs and iPhones than books. The only references Paul makes to practicing his craft are occasional trips to Bobst Library (he’s an NYU grad, of course) to “work on things.” He seems much more focused on making videos while under the influence of drugs to post on youtube. His impulsive Las Vegas marriage has little impact on his life.

Who is to blame for Paul’s extended bout of teenage angst? His mother coddled and smothered him, loved him too much and allowed him to talk abusively to her throughout his childhood. The child of Chinese immigrants, he was put into the English as a second language program in elementary school before being advanced to the gifted class, but was always an outsider who had trouble making friends. Electronic devices enable him to communicate with others, even while sitting side-by-side, without direct interaction. Finally, his own talent and ambition stunted him. At university “he’d deliberately remained friendless — after his first relationship ended — to focus on writing what became his first book.”

No doubt Tao Lin is well aware of the risky path he’s taken by depicting ennui and alienation literally (literally), so that the reader experiences it through the text, alienation and all. Aside from the dullness and repetition of the narrative and the vapidity of the characters, the author makes other stylistic choices that  effectively portray the haze of Paul’s life. Every character is introduced with his or her age: “Paul, 26, and Michelle, 21, walked toward Chelsea…”

The prose is amply larded with facts and figures that aren’t wanted or needed: “They decided to leave in three minutes, at 9:01. This was Paul’s second or third social situation involving more than one person, excluding himself, since returning from Taiwan, two months ago.” The word grin is woefully over-used. Here are examples from just one page: “surprised to see her grinning, then couldn’t stop himself from grinning,” “Paul would suddenly grin, causing Michelle to grin,” “Michelle had grinned first,” “suppressed his grin,” “Michelle still grinning a little,” “‘Why are you grinning?’” “‘What caused you to grin?’”

The story abounds with wandering run-on sentences that must be read more than once, for very little return: “Paul said his father’s default name for him, what he’d unconsciously say to get Paul’s attention or to reference Paul in conversation, was “baby” until high school, or maybe college, when it became “old baby” — in Taiwanese, where both words became one syllable — which was what he now called almost all people and animals, including Dudu, the toy poodle, Paul remembered, that his parents bought sometime in the past year, after he visited in December.”

For all of its shock tactics, this is a traditional coming-of-age story for the Millennial generation. Like most adolescents whose lives have not been touched by tragedy, Paul has a tenuous grasp on the meaning of death. And like many people who think they are never going to die, he wastes his days in a haze of inebriation, self-consciousness, and ennui. But at the very end of the book, he has an epiphany and becomes “dimly aware of the existence of other places, on Earth, where he could go — and was surprised when he heard himself...say that he felt “grateful to be alive.”” Paul grows up.

A snippet of the novel was first published in Vice Magazine, part of the same media empire that brought Dennis Rodman to North Korea. That seems about right: faintly and mockingly self-referential, treading the edge of conventionality, a middle finger waved at the mainstream.