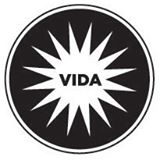 Words Can Never Hurt Me

Mining the water for words