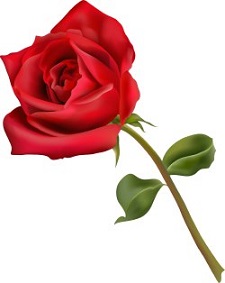 Does it matter that the main character in Lily King’s Euphoria, one of the New York Times 10 Best Novels of 2014 and clearly based on real-life anthropologist Margaret Mead, is a fictional character called Nell Stone?

King portrays a love triangle among three researchers in a steamy New Guinea jungle that closely parallels an actual incident in Mead’s life.

But King’s protagonist does not go on to follow the trajectory of Mead’s long life as an acclaimed scientist and progressive activist. The novel’s drama remains focused on that single incident.

Both the author and the reviewers are quick to identify the link to Mead, and this “inspired by real events” tagline may well be the lure that attracts readers.

But it is different than, say, Joyce Carol Oates’ novel Blonde, which portrays the interior life and thoughts of the real-life Marilyn Monroe. Or Don DeLillo’s Libra, which makes a fictionalized Lee Harvey Oswald the main character. Or Colm Tóibín’s The Master, which purports to take us into the mind of Henry James, just as Michael Cunningham’s The Hours seeks to explore the psyche of Virginia Woolf.

Are these real-life people entitled to some shred of privacy?

It is the nub of an argument among writers. A.S. Byatt, whose novel Possession portrayed historical characters who resembled Alfred Tennyson and Christina Rosetti, but who bore fictional names her narrative, took to task writers who traded on the reputations of real-life people.

Her remarks came as Hilary Mantel was nominated for a Man Booker Prize for Wolf Hall, a fictionalized account of Thomas Cromwell, Thomas More, and the other famous characters from Henry VIII’s bloody reign.

While the case might be made that characters so far back in history are fair game, what about more recent figures like Monroe and Oswald? Where do you draw the line? It is an ethical conundrum that may not worry too many readers, nor, for that matter, very many writers.

But when Abraham Lincoln becomes a vampire hunter, you begin to see how it really is a slippery slope.

We have Henry Adams solving crimes in Eric Zencey’s Panama, and Theodore Roosevelt promoting fingerprinting in The Alienist.

These may be harmless efforts to attract readers with celebrity names, though often they aren’t such celebrities (most people have only the foggiest notion of how Adams is related to two American presidents).

When Bruce Duffy was criticized for making Ludwig Wittgenstein the main character in The World as I Found It, he was “outraged” — a sentiment fellow writer Guy Gavriel Kay found as betraying an excessive sense of entitlement.

Kay, a prolific writer in the historical-fantasy genre, felt he should even fictionalize the semi-mythical Spanish hero El Cid in his The Lions of al-Rassan as Rodrigo Belmonte, and argues that novelists in general should avoid turning real-life historical figures into characters.

It does seem advisable when there are still people alive who may have known the real Margaret Mead or Marilyn Monroe.

At the end of the day, if a novelist wants to create a fictional drama, it might be more sensible to make it all up, including the names, rather than use the crutch of a real-life person.