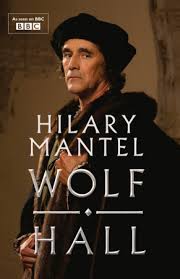 Now that the BBC’s much-heralded “Wolf Hall” miniseries is on PBS, there has been a new flurry of controversy about the historical accuracy of the show, based on two award-winning novels by Hilary Mantel.

The main debate is about Mantel’s revisionism in portraying Thomas More, revered as a saint and martyr in the Roman Catholic Church, as a vindictive hypocrite, and Thomas Cromwell, traditionally viewed as a Machiavellian thug, as a sensitive, if shrewd, politician.

Mantel has made little secret of her anti-Catholic feelings and her specific objective of puncturing the heroic view of More in Robert Bolt’s A Man for All Seasons.

I read and enjoyed both Wolf Hall and Bring Up the Bodies, the first two of a planned three novels on Cromwell’s career. The writing, the descriptions, the shading of character, the ability to create suspense in a story that should be trite from repetition — all these are considerable strengths that made Mantel’s two Man Booker Prizes seem well-earned.

But I also have glowing memories of the 1966 film version of A Man for All Seasons, and re-watched it recently. The eloquence and wit Bolt lends to More remain intact, though it does seem, in retrospect, that More may have been too rigid and dogmatic, not to mention arrogant.

Even while reading the Mantel books, the actors from the earlier film were mostly the way I pictured the characters — Paul Scofield’s craggy and dignified More, Robert Shaw’s boisterous Henry VIII, and, above all, Leo McKern’s dour Cromwell. (Anne Boleyn gets no lines in Bolt’s script, but Vanessa Redgrave is marvelously vapid in the scenes she appears in.)

No surprise, then, that the actors in the new BBC version all seem somewhat miscast to me. How can a wispy Jonathan Pryce hope to equal Orson Welles’ gargantuan Cardinal Wolsey? Anton Lesser’s More is more like a seedy derelict than a heroic statesman. Mark Rylance, with his languorous staring into the middle distance, brings a completely different tone to the role of Cromwell. And Damian Lewis, so versatile as an actor, doesn’t inhabit the role of Henry as completely as Shaw did.

Washington Post columnist Charles Krauthammer recently wrote that Mantel should be allowed creative license because the drama works so well, and that these fictional characters can coexist with the historic figures from a distant past, no matter how different they are, just as Shakespeare’s Julius Caesar and the historic Caesar can.

The historian Simon Schama, however, feels that Mantel went too far in her willful distortion of history. Now millions of viewers will think Cromwell was “a much-maligned, misunderstood pragmatist from the school of hard knocks,” when the historical record shows he was, in fact, “a detestably self-serving, bullying monster who perfected state terror in England, cooked the evidence, and extracted confessions by torture.”

Does it really matter what viewers and readers in the 21st century think of these 16th-century historical figures?

Clearly, the compressed drama of this pivotal moment in western history has drawn a seemingly endless stream of writers, historians, and playwrights seeking to plumb the motives and consequences of these few years in time.

Bolt’s More may have been too saintly, and Mantel’s portrait can help shade him into a fuller character. Perhaps Cromwell really did have a more sympathetic side than history gives him credit for.

We will never know. There is still dispute, after all, whether the little-documented, sometime-actor William Shakespeare actually wrote the plays attributed to him, and that was nearly a century later.

Revisionism can be amusing, however. Think of the fun Gregory Maguire had with Wicked, a revisionist view of a fictional world. Richard Kluger’s 1993 novel, The Sheriff of Nottingham, turns the Robin Hood legend on its head by portraying an honest and just sheriff. And, of course, Gore Vidal dabbled in revisionism in Burr, Lincoln, and some of his other historical novels, turning heroes into cads and vice versa.

So let’s have some fun seeing different sides of Cromwell and More.