Jane Austen may have brought us into the drawing rooms, but Jo Baker, in Longbourn, lets us sneak downstairs and take a good long look at the other half of the Bennet household. 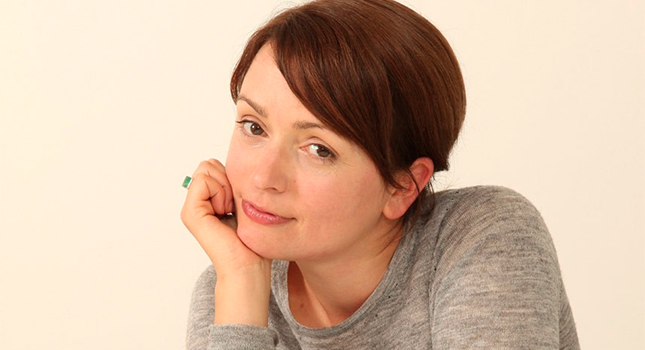 In this irresistibly imagined below stairs answer to Pride and Prejudice, the servants take center stage. Sarah, the orphaned housemaid, spends her days scrubbing the laundry, polishing the floors, and emptying the chamber pots for the Bennet household. But there is just as much romance, heartbreak, and intrigue downstairs at Longbourn as there is upstairs. When a mysterious new footman arrives, the orderly realm of the servants’ hall threatens to be completely, perhaps irrevocably, upended.

Jo Baker dares to take us beyond the drawing rooms of Jane Austen’s classic – into the often overlooked domain of the stern housekeeper and starry-eyed kitchen maid, into the gritty daily particulars faced by the lower classes in Regency England during the Napoleonic Wars – and, in doing so, creates a vivid, fascinating, fully realized world that is wholly her own.

I adored Longbourn from start to finish. It combined my love for all things Austen with my love for the Masterpiece television series Downton Abbey. Were you influenced by Downton? How did you develop the idea for a novel like this?

Thank you! I’m afraid I haven’t seen Downton at all, so, no influence from that quarter. The impetus came from a lifelong love of Austen (I’ve read Pride and Prejudice more times than I can count – I’ve worn out quite a few copies) alongside the knowledge that members of my own family were in service. So I loved the world that Austen conjures, but I knew I don’t quite belong in it – I couldn’t see myself in Lizzy Bennet’s shoes; I wouldn’t have got to go to the ball – I’d have been stuck at home with the laundry. Longbourn was, in part, an attempt to locate myself in Austen’s world.

Was it intimidating at all to use Pride and Prejudice, such a well-known novel, as the backdrop for your story?

It should have been. I realize that now. But at the time I was just exploring a world that I loved, and getting to sneak off into the kitchen and the stable-yard, and out into the countryside. While I was working on the book I didn’t really think about what other people might think, or indeed about publication at all. It was only when the international sales started racking up (translations into 18 different languages, at last count) that I realized that there was a bit of a buzz about it. That’s when I thought, Oh cripes, what have I done?

How do you think Jane Austen would feel about the proliferation of novels written with Pride and Prejudice as their starting point? Your novel in particular?

I imagine it wouldn’t be simple for her – I mean, it must be gratifying, even thrilling, to see how much her characters are loved and how much the stories mean to people. But on the other hand, one would also feel proprietorial: how uncanny it must be, to see one’s own characters inhabiting other peoples’ stories, and speaking unfamiliar lines. It must be unsettling. Mine, in particular? I don’t honestly know. I hope she’d at least think I’d done a decent job.

Some reviews I have read insinuate you treat the beloved Bennet family too harshly or perhaps unfaithfully, in particular Mr. Bennet and Elizabeth. How do you respond to this criticism?

I haven’t read the reviews, so it’s tricky to comment – and of course every reader has their own, equally valid relationship with Pride and Prejudice and I make no claim that mine is in any way ‘right’ or authoritative. But it’s probably also worth saying that my starting point for everything in Longbourn was found in Austen’s novel. I just pushed things along a bit: quite a long way in some cases, but my reading of Pride and Prejudice is where everything originated.

That said, I honestly don’t think I’m harsh on Elizabeth. In Longbourn she is never unkind; in fact she’s generous and thoughtful, though she does sometimes get it wrong because she doesn’t know the details of Sarah’s life (and why would she?) The worst that could be said about her in my depiction is that she is preoccupied with her own story – the events of Pride and Prejudice – and that is not only quite reasonable, but also kind of the point. Simply put, she’s not my protagonist, and this is not her story. She is busy in another novel, just as Hamlet in Rozencrantz and Guildenstern Are Dead is busy in another play.

Regarding Mr. Bennet, I wonder if some of this criticism is based on a closer acquaintanceship with film and TV adaptations than with the novel itself. He’s mostly depicted as a benign old duffer on screen, but in the novel Austen’s actually quite hard on him – she makes it perfectly clear that his indolence and failure to take responsibility lead to Lydia’s ‘fall’. I do go beyond that to unpick a little more what lies behind his behaviour, and his unhappy marriage, but Austen already depicts the Bennets’ marriage as pretty much failed (five children notwithstanding!) and Mr. Bennet sadly lacking as a father.

How do you think the downstairs staff feel about the Bennet family? Do they view their situation as anything more than employment? Would they be equally content to work in the home of any family in the area?

I think there’s a lot of variation amongst the servantry, in how they feel about the Bennets, and it’s not necessarily straightforward for any of them. These are relationships that develop over years. For the older staff, there’s loyalty and affection as well as some longstanding resentments. There’s also a degree of mutual dependency as they get older and less able to secure employment elsewhere. As for the younger ones, well, if they’ve grown up in the household, there’s fondness and familiarity, but as with all children, at a certain stage, there’s the need to fly the nest. James, though, doesn’t see it like that: for him, it was ‘any port in a storm’ and he considered himself lucky to be there at all.

Pride and Prejudice focuses on the end-goal of getting married (ideally to someone with a fortune) and does not offer many details from the inside of a good marriage. You present some very interesting glimpses into marriage in your novel, some eye-opening and unconventional. In your opinion, how do the Bennet sisters’ marriages turn out? How would you define a good marriage?

So many stories end with marriage, don’t they? But life doesn’t; what people cobble together after the carefully-constructed happy ending fascinates me. And I suppose a good marriage is where the cobbling-together is done in goodwill, side-by-side, and with kindness and generosity, even after years.

I’m pretty confident that Jane and Bingley have a good marriage; they’ll be nice to each other, and so they’ll be happy. And of course they have their five-thousand-a-year as a cushion against reality, which also helps. Lydia’s marriage is of course not ‘good’; Wickham soon treats her with indifference, but I expect Lydia is widowed quite young, which would be something of a relief to her family (as well as a new worry – what will she get up to next?)

Of them all, I think the Darcy marriage is more likely to hit trouble. Not that there might be a lack of love or kindness or comfort, but because I suspect that Elizabeth is too intelligent to be entirely satisfied with domesticity. She’d chafe. I have this notion that she would, discretely, in her quiet hours, begin writing a novel…

Single people often lament the difficulty of finding the “right” one. In the world of Longbourn, many characters are attracted to those around them. Was this a device to add some romance to the story or is it inevitable that single young men and single young women in close proximity to each other will develop feelings for each other?

I think it’s newcomers that Sarah’s attracted to, rather than the people already around her. What she really wants is something new, something different, and these strangers coming to town (Ptolemy, James) seem to offer that. So for her, romance is mixed up with the notion of escape, because she’s frustrated and impatient at her lot in life. At one point in the story, James considers the craziness of her choosing him, given how many other people there are in the world that she hasn’t yet met… but romantic opportunities are inevitably very much limited by geography at this period – it took the mass-production of the bicycle to expand working class people’s choice of partners beyond their immediate community – and that’s quite a while later.

Can we look forward to your work with any other Austen novels?

At the moment I’m working on something completely different. I always write out of necessity – the need to discover a story or understand a character, and at the moment, that need is directed elsewhere.

What is currently on your nightstand waiting to be read?

I’m in the middle of two novels at the moment – I’m loving The Things We Used to Say by Na+talia Ginzburg, translated by Judith Woolf – it’s the story of Ginzburg’s family’s experiences under fascism in Italy. I’d just started reading The Wretched - a new translation of Victor Hugo’s Les Miserables (so I can’t tell you who translated it, sorry!) and I’m quite miserable about it myself. I’m hoping it’ll turn up.

Mandy Huckins holds a
Master of Arts Degree in English from the University of Charleston in South
Carolina. When not reading, Mandy works for the Combined Federal
Campaign-Overseas, which provides uniformed service members and DoD civilians
serving overseas the opportunity to make charitable contributions to one or
more of over 2,500 different organizations.

A Discussion with Douglas Waller on Wild Bill Donovan and the murky world of espionage. Interviewed by Erin Elliott.

An Interview with Jessie Burton

Why not go with an author who effortlessly guides us through the mystery of 17th-century Amsterdam? Jessie Burton's The Miniaturist is a haunting debut novel.