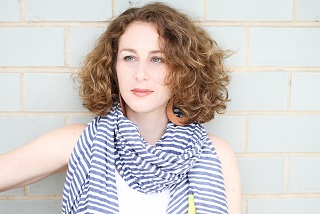 If Robert Frost’s “The Road Not Taken” is a lyrical testament to the proverbial “could have been,” then Jill Santopolo’s debut adult novel, The Light We Lost, could easily be its narrative counterpart.

The novel tells the love story of Lucy and Gabe, two students at Columbia University who meet on September 11, 2001, and share the tragedy of that day and its devastating aftermath.

However, the opening chapter begins at a much later point in their lives, with Lucy, in second-person, recounting her history with Gabe to Gabe himself. Santopolo gives us alternating flashbacks from Lucy’s point of view into their tempestuous but passionate relationship and eventual breakup. Lucy and Gabe’s lives diverge, but they never lose each other entirely. Their seemingly unbreakable connection brings dire consequences for Lucy, who can’t decide if perhaps her time with Gabe can never really be over.

Santopolo spoke over the phone about her inspiration for The Light We Lost and how certain choices can ultimately shape our fate.

What sparked the idea for this novel?

Truthfully, I never intended to write for adults. I’ve written 14 children’s books and was totally exclusive to that world. But five years ago, I went through an awful breakup, the kind that just leaves you completely shattered because it was the person I thought I’d spend the rest of my life with, and everything just went terribly wrong.

So I started writing these vignettes as a way to exist in the world when all this tumult was happening to me. I wrote about 30 pages and, one day, I was having a drink with a friend of mine who is a writer, and I mentioned what I was doing. She offered to read them, so I sent the pages to her, and later she told me, “You should keep going with this because what Lucy is feeling is what I felt when my last relationship ended, and if you can continue to capture this feeling, you definitely have a story.”

Part of why the experience of that breakup made the story happen the way it did is because I was a student at Columbia when 9/11 happened. One of the main things I felt that day is how fleeting life can be and how things can change in an instant, which is the same way I felt when that relationship ended.

Throughout the novel, Lucy seems unsure of Darren, the man she ultimately marries, and her feelings for him. Why does she choose him after someone like Gabe, who is so different?

I think part of what Lucy finds in Darren is a response to what she didn’t find in Gabe — a reaction to it, at least. There’s something about Darren’s reliability and stability and his desire to be with her, connect with her, and establish a future with her that is totally different from what she had with Gabe. That missing piece is precisely what was wrong about her relationship with him, but the problem with Darren is that she’s also missing vital pieces of whatever it was that made it work with Gabe. So they have each other’s opposite qualities.

How difficult was it to switch from second- to first-person narrative?

Lucy is really the “I” character in the novel, whether she’s talking to Gabe or not. The second-person piece is more of an address to him, so basically throughout the whole book, she’s telling him a story, and that is how I envisioned it. From the very first word, I imagined her sitting next to him and talking. It was very natural to me.

Which was the most difficult character for you to write?

Interestingly enough, it was Gabe. I always loved him before I wrote him; what I wrote of him, anyway. So, I was much more blind to his faults than my editor was. She kept coming in and saying, “We need to see more clearly the reasons why Lucy loves him, because it’s not really there.”

Was the ending the one you envisioned when you started writing?

I first thought about ending the book at a much earlier point in the story, and I did by then know a bit of what would happen in the end. But my agent and my editor both told me that I had stopped the book too soon and that I needed to write more. So I knew this was how their actual story would end, but it wasn’t how I originally ended the book.

What would you like readers to take away from Lucy and Gabe’s story?

You are given just one chance to live your life, and you have to make the most of it. I think that is what Lucy and Gabe circle around for most of the book; they want to live their best lives.

Are you currently working on a new novel?

I am, but I can’t really say much about it. It’s still too soon.

An Interview with Holly Goldberg Sloan

The screenwriter/author most wants to make her young readers feel things.

An Interview with Melissa Guida-Richards