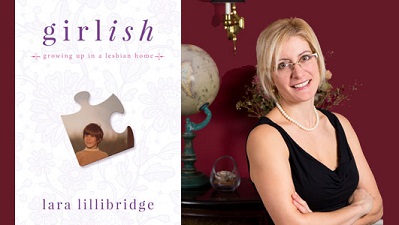 “[This is] an attempt to tell a complicated story as simply as possible.”

I am packing for a trip in a day or two to the tomb of Fernando Pessoa in Lisbon before heading to my paternal grandfather’s birthplace outside the port city of Vigo in Galicia, Spain. Last year, it was Keats’ grave in Rome; this year, Señor Disquiet on the Tagus.

In the bag is a Baltimore Orioles T-shirt (orange, no. 26, Buck Showalter); a copy of Cela’s Mazurka for Two Dead Men; and notes made while reading Girlish: Growing Up in a Lesbian Home by Lara Lillibridge.

Showalter: “Your actions speak so loudly that I can’t hear a word you say…”

Cela: “According to Cervantes — Cervantes once and forever…”

And Lillibridge: “Girl learned early on that she could tune out the world if she had a good book…”

I met Lara Lillibridge at the 2019 Association of Writers & Writing Programs conference in Portland, Oregon, this past March. It wasn’t much different from a boat or RV show except instead of oohing and aahing at expensive toys, people walked around looking for readers and publishers like a wallflower in search of a date the night before the prom.

Lara plopped down next to me near the food kiosk and, though each of us was exhausted by the cavern of “creatives” (how I hate the word), we had enough energy to eat crappy pizza and talk about the game.

It was soon clear that if this were a one-on-one poker match — “you’ll never guess what happened next” — Lillibridge would see me and raise me all night.

It began with sordid tidbits about her seven-times married father — “Your father was Mickey Rooney?” — a caring but somewhat inept mother whom she loved dearly; and a stepmother, her Mom’s partner, a villain right out of Cinderella if the fairytale had been filmed by John Waters: a militant feminist lesbian (Lillibridge began listening to Rush Limbaugh to spite her), unpredictable disciplinarian, shouter, and screamer later diagnosed with mental illness. Which explains a lot but doesn’t pardon it.

The stories Lillibridge so casually told in the 20 minutes we spent together were so busy with 1970s-1980s dysfunction (including a lot of stuff that went on at church) that I thought she had written TWO books, one about Dad and one about Mom.

When I returned to Baltimore, Girlish, a handbook on how not to raise children, had arrived. As the Ramones sang with urgent irony, “We’re a Happy Family.”

Girlish is a rabbit warren of narrative (people banging like bunnies, generous dollops of psychosis, and inter-locking secrets) so stupefying that Lillibridge used a crossword puzzle (with answers) as her introduction. Roll over, William S. Burroughs, and tell David Franks the news.

But when it’s not horrific — or sickening or sad or leaking shame — it’s very funny, the mark of all good writing.

My one complaint — and I’m sure there’s a reason for it, though I was unable to unravel one in the crossword — is that it mostly reads like a police report. The prose is distant while describing things that should have been private but rarely were, like having to get dressed and undressed in front of family members (especially her physician father) because it was supposed to be “no big deal.”

(No one writes memoirs about things that aren’t a big deal. Well, maybe Marie Osmond — “The closest thing I ever had to a sister was Donny” — who has published about nine.)

I am guessing that the clinical approach to telling the story was the only way Lillibridge — a graduate of West Virginia Wesleyan’s MFA program — could bring herself to put it on paper. She uses generic nouns to ID herself and others for most of the 345-page book: Girl, Father, Brother, Mother, Stepmother.

This makes her important story far less charming (if that word is even appropriate for a tale like this) than the ones she told me in Portland as we ate pizza at a round table littered with fliers for writing contests and uber-obscure literary journals.

Then again, it wasn’t my story to tell.

What Alejandro Escovedo reads on the road