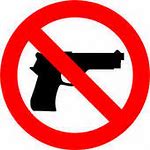 Last month in this space, I wrote about what led to my essay for Unloaded: Vol. 2. It only seems fair to follow that column with this one.

I asked three of the other contributors why they wanted to write for the anthology; after all, we could use the money, and all of Unloaded's profits are donated to the States United to Prevent Gun Violence. What about the anthology's mission — an urge to push a sensible dialogue of gun violence in America — specifically attracted them?

I make my living writing thrillers — which is to say, I murder people on the page.

To be clear, I’m not apologizing. The world’s a scary place; the stories I write are, at best, mere reflections. That said, sometimes staring into the abyss can get to you.

I’m heartsick whenever news breaks of another mass shooting. Disgusted when a known abuser kills his partner with a gun he purchased legally. Infuriated when our lawmakers claim that nothing can be done when the courts have repeatedly declared commonsense gun-control measures such as universal background checks constitutional, and the states that have enacted them have seen lower rates of gun violence and suicides as a result.

I’m not alone. The vast majority of Americans — including 84 percent of gun owners and 74 percent of NRA members, according to a 2013 New England Journal of Medicine survey — support universal background checks. But the gun lobby has a stranglehold on our legislative branch. It’ll take a groundswell — and, yes, money — to pry them loose.

Unloaded: Vol. 2 allows me to contribute to both. To stand with those who’ve had enough. Not as a writer of violent fiction, but as a person.

(Chris Holm is the author of the cross-genre Collector trilogy, the Michael Hendricks thrillers, and 30-odd short stories in a variety of genres. His work has appeared on more than 50 year’s-best lists, been selected for The Best American Mystery Stories, been named a New York Times Editors’ Choice, and won a number of awards, including the 2016 Anthony Award for Best Novel.)

At one point, there was a rifle behind the door of my former childhood bedroom. It might still be there now.

My dad is a gun enthusiast. A lot of his interests have fallen away as he’s dealt with health problems, but he can still own the guns, even if they are never loaded.

I haven’t been to my dad’s house in probably eight years. The guns aren’t the reason. It’s a house that’s far out in the middle of literally nowhere, three hours from where I live. Holidays are hosted by other people. It’s my stepmother’s house now, and there are a lot of cats, to which I’m mildly allergic. Also, there might still be a rifle behind the door of my old room, close at hand.

Whenever I’m in the presence of a gun, a certain feeling comes over me. I think it’s akin to the people I know who say they don’t fear heights, but are scared of what they might do if given the opportunity to jump. Compelled to risk life and limb. Compelled to see to the end of the inevitable. Ready to leap because the chasm is there.

I don’t have plans to try to grab that rifle. But I’m a what-if kind of person. I can what-if the hell out of a gun on the hip of a police officer grabbing coffee at the Panera. She’s just doing her job. I’m just doing mine. But I wish the gun wasn’t there. I wish the gun wasn’t necessary. I wish I could walk into my dad’s house and know the guns are locked away. In my stories, sometimes the gun just isn’t necessary, and so there’s a room without a gun. Just one room I’m willing to enter.

(Lori Rader-Day is a three-time Mary Higgins Clark Award nominee, winning in 2016 for her second novel, Little Pretty Things. She is the author of Under a Dark Sky and The Black Hour, winner of the Anthony Award for Best First Novel, and The Day I Died, a finalist for the Mary Higgins Clark Award, Thriller Award, Anthony Award, and Barry Award. She lives in Chicago, where she is active in Mystery Writers of America and Sisters in Crime and co-chairs the mystery conference Murder and Mayhem in Chicago.)

Gun violence is a terrifying crisis that's not going away. We've painted ourselves into a deadly corner where leaders, many politically compromised by the money-machine that is the NRA, can only offer empty "thoughts and prayers" after shootings. Our government has been flooded with so much money trying to stop gun control that we can't even properly study the effects of gun violence.

How can a crime writer help?

Crime fiction, to me, is the best medium for social commentary. Our jobs as writers allow us to not only keep readers on the edge of their seats, but to showcase the world as it is, warts and all. The truth is, if there were no guns, there'd be no more mass shootings. It sounds idealistic and extreme, but it's something we can work toward — banning assault weapons, better background checks before guns are sold, better mental-health backstops for the unwell, and properly flagging domestic abusers and violent offenders so they can never get their hands on a deadly weapon. There's a roadmap, but more people need to realize this is a problem, a problem that has the blood of our children on its hands.

When Eric Beetner asked me to be part of the second installment [of Unloaded], I was honored and eager to participate. I also wanted to show, in my own way, that you can tell a good crime story without a spray of bullets. I didn't want to be heavy-handed with my story, or make it overtly about the message, but I wanted to stick to the high concept — which was “no guns” — and tell a story that entertains and, hopefully, by the end of it, reminds people a bit about the world as it is and the potential for one without guns.

(Alex Segura is the author of the Pete Fernandez Miami Mysteries, which include Silent City, Down the Darkest Street, and the latest, Blackout. He has also written a number of comic books, including the bestselling and critically acclaimed Archie Meets KISS storyline, the "Occupy Riverdale" story, Archie Meets Ramones, and more. He lives in New York with his wife and son. He is a Miami native.)

Payment for this column will be donated to the States United to Prevent Gun Violence.