An Interview with Tayari Jones

The novelist discusses An American Marriage 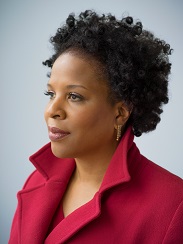 An American Marriage, Tayari Jones’ new novel about a young, newlywed African-American couple torn apart when the husband is incarcerated for a crime he didn’t commit, has quickly made it to the top of many must-read lists and was an Oprah’s Book Club pick.

In the story, Roy and Celestial, Jones’ main characters, are not just victims of a flawed justice system, but also of their own personal need to survive the curveball that has been thrown at them. Although they write each other letters of longing and love, Celestial finds herself relying on her friend Andre for support, while Roy fights from prison to prove his innocence.

In an email interview, Jones reveals her reasons for the novel’s title and why she thinks racial discrimination in the United States extends beyond African Americans.

Why the title An American Marriage?

This actually wasn’t my first title — or my second. I threw it out as my editor and I were brainstorming. He really liked it, but I was apprehensive. To me, “An American Marriage” sounded like a novel about a white suburban couple contemplating divorce. My editor asked me why I thought “American” meant “white suburban,” and it forced me to really think about questions of identity and citizenship.

I realized that I had never considered myself as “American” without “African” or “black” in front of it. To claim the title, I had to have a personal reckoning with myself about what it means to be American. I decided to claim this for my characters both as an expression of ownership — full ownership, not hyphenated ownership — of this country, and also as a criticism of the same country. After all, this tragedy that befalls Celestial and Roy is distinctly American, as the U.S. imprisons more of its citizens than any other developed country.

How long did you work on the novel?

If Roy and Celestial had been older when they married, do you think it would have been easier for Celestial to not gravitate toward Andre? Does age play a part in commitment?

Who knows? How much older do you mean? If they had been 80, would this not have happened? Or are we thinking of 35 as the age of stability? Is 45 old enough that you no longer experience desire? I really can’t say. Life is the intersection of a number of factors. I am not so much interested in critiquing their marriage or commitment. For me, the point is that they are in a position that no one should have to be in: [to be] newlyweds and to be faced with this challenge. It would require a superhuman level of self-sacrifice. And Celestial isn’t a superwoman. She is just a person who is trying to find the balance between sacrifice and self-actualization. In that, she is like everyone who wants to honor her relationship and herself, as well.

The novel reveals how often the justice system is a failure, especially for African Americans, and how easy it is to discriminate against a segment of the population because of skin color. Do you think this is limited to African Americans, or are all minorities vulnerable?

Roy becomes a victim of the presumption of criminality based on race. I think that many groups face this reality, but in different contexts. For example, as a black American, I do not face the same scrutiny in airports as my Arab-American friends. All marginalized groups struggle with discrimination and stereotyping, but we struggle in different ways.

Do you have another book in the works?

I am trying to work on a new novel, but the publicity whirl makes it hard to concentrate. But I am sure that things will settle down soon and I will be able to return to my table and typewriter.