An Interview with Tavis Smiley 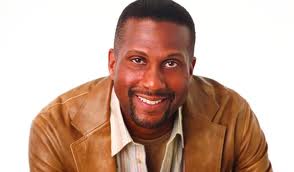 There’s an unmistakable energy you can hear in a person’s voice when they begin to talk about something or someone they fervently believe in. With Tavis Smiley, it emerges when he’s celebrating the life and legacy of Dr. Martin Luther King Jr. Ten seconds into a conversation with the noted TV host, it is clear that he’s found his subject and his cause.

His connection to King is personal and visceral. After a beating from his father left 12-year-old Smiley in the hospital for 10 days, he was given some tapes of King’s speeches by a fellow church member.

“During the most difficult period of my childhood, at a time when I had fallen into deep despair, his spirit entered my soul and excited my imagination,” Smiley writes in the introduction to his new book, Death of a King: The Real Story of Dr. Martin Luther King Jr.‘s Final Year. King’s “call to radical democracy through redemptive love resonated with me on a profound level.”

The civil rights leader and renowned pubic speaker helped inspire Smiley to enter statewide oratory competitions in his native Indiana, which, in turn, has led to a successful career as an author and as host and managing editor of “Tavis Smiley” on PBS and “The Tavis Smiley Show” from Public Radio International.

We spoke in early September as Smiley was about to begin his book tour.

Martin Luther King as a subject is like JFK or Lincoln. With so much written about him already, what did you think you could bring to the topic that hadn’t been said before?

The short answer is that King’s three principal biographers — Taylor Branch, David Garrow, and Clayborne Carson — have all done yeoman’s work, they’ve all done pretty righteous work in chronicling the history, the life of Martin King. What I wanted to focus on, and what Death of a King does uniquely, is to focus just on the last 12 months of his life.

On April 4, 1967, he comes out against the war in Vietnam. [King delivered his controversial, and prescient, speech, “Beyond Vietnam — A Time to Break the Silence,” at New York’s Riverside Church.] April 4, 1968, is literally one year to the day when he’s shot dead on the balcony in Memphis. So I’ve always been fascinated by the last year of his life and what happened when he gives that Beyond Vietnam speech, how his life dramatically changes during the course and space of just one year.

In one year, he goes from being one of the most admired Americans to being persona non grata. In one year, he goes from having access to the White House to have the [Lyndon] Johnson administration turn on him. In one year, the media turns on him. You look at the media and what they were saying about King prior to that Beyond Vietnam speech, and what they said about him after that speech, and it’s night and day. They talk as if it is two different people.

It’s as if, as usual, he was ahead of his time, and being punished for it.

Absolutely. Now I’m not talking about being punished by the conservatives; conservative talk radio didn’t exist back then. I’m talking about being turned on by the liberal media, the New York Times, the Washington Post. I mean, it’s embarrassing to read what the Post and the Times said about Dr. King after that speech, and how right he was and how wrong they were. [Time magazine called the speech “demagogic slander that sounded like a script for Radio Hanoi,” and the Washington Post declared that King had “diminished his usefulness to his cause, his country, his people.”]

Even black America turned on him. The NAACP, the Urban League, [Civil Rights leader] Whitney Young, [syndicated newspaper columnist] Carl Rowan, even Ralph Bunche, the first African American to win the Nobel Peace Prize, turned on him. So everything and everyone turn on him in the last year of his life. He can’t get a speech, he can’t get a book deal, his organization is bankrupt. He can’t even get the people in his own organization to work with him on this Poor People’s campaign he wanted to organize.

So why this book on Martin? Three reasons. First, he’s the greatest American we’ve ever produced, that’s my assessment. I dedicate the book to him and I call him America’s greatest democratic public intellectual. Secondly, I’m afraid that as time goes on, the real truth of who Dr. King was is going to be irrecoverably lost if we keep allowing people to make him this “dreamer” and keep giving him monuments and postage stamps and holidays and libraries and streets. He deserves all of that, but the truth of his message is so subversive that many of us don’t want to deal with it. Thirdly, it’s just a story that people do not know about him, people don’t know that, in the last year of his life, everything and everybody turned against Dr. King.

The Martin that I love the most is the Martin of the last year. Not the “I Have a Dream” Martin, not the Montgomery-bus-boycott-leading Martin, not the Nobel Peace Prize-winning Martin. My favorite Martin is the one who, in the last year of his life, with everything and everyone turned on him, still stood in his truth every day. He kept marching forward even though he knew they were after him, he knew he was under surveillance everywhere he went, he knew he was going to be killed, he could feel the death angel hovering around him.

The postage stamps, these other monuments and recognitions, are co-opting and softening his message?

That’s right. I say in the introduction to the book that his martyrdom has muffled his message. His martyrdom has gotten in the way. With the stamps and the other things, we are honoring Dr. King on the cheap. Give him a monument, give him a holiday, but we don’t want to deal with his message because it is too subversive. The message in the last year of his life was about dealing with what he called the “Triple Threat”: racism, poverty, and militarism. He says this is what is going to tear America apart to its very fiber. If we don’t address this triple threat, we are going to lose our democracy. So fast-forward almost 50 years after his death, and you’ve got Ferguson, Missouri, and racism on display.

With militarized police on the streets. We’re proving him right.

And as proud of Martin as I am that he stood in his truth, what I love most about him is that in all the research and listening to all the FBI tapes, not one time do we ever hear King caught in a moment when he is disparaging, derogatory, demeaning about any other human being. This is the love he preached all the time, and he really believed it. Don’t get me wrong, he was imperfect. He was a public servant, not a perfect servant. Certainly he showed dismay and disappointment.

What saddens me is that when King dies on that balcony in Memphis, he has no idea about all the adulation and adoration that is to come. When he dies on the balcony, he believes that everybody has turned on him. The final Harris poll before he dies says that well over half of Americans, including almost 60 percent of blacks, believe he is irrelevant.

We deify him in death. We demonized him in life.

What surprised you the most about Dr. King as you researched the book?

His despondency behind the scenes was greater than I imagined. There were days he couldn’t get out of bed because he was so depressed. There’s a new book coming out next year by a professor I interviewed for my book that is the first psychological portrait of MLK. He says MLK was manic-depressive. King was hospitalized a number of times every year, and they always characterized his stays as exhaustion when, in fact, it wasn’t just exhaustion, but that he had these manic moments. The despondency and the depression would get to him. He was on the road all the time. He had very little downtime and very little time for introspection. I wonder if he would have benefited from having a little more downtime. He had no one like himself he could turn to for inspiration.

[Tavis Smiley will read from — and sign copies of — his new book at Politics and Prose on Sept. 26th at 7 p.m.]

Michael Causey is a past president of Washington
Independent Writers.

An Interview with Susan Coll

An Interview with Genevieve Grabman