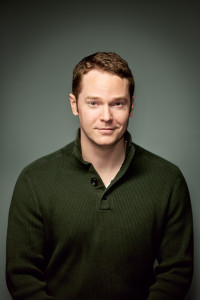 “New weird” fiction is, at best, an amorphous genre designation, but consensus says that it mingles elements of fantasy and horror with grittier, non-medieval settings. Popular practitioners of this hard-to-categorize sub-genre include China Mieville and Jeff Vandermeer.

The plot begins with a bureaucratic mystery that quickly turns into a full-scale political conspiracy with wide-ranging consequences. There are monsters that would make Lovecraft fans extremely excited, and bits of sorcery, but the events are as complex and topical as what is currently happening in Gaza or Ukraine.

The novel’s heroine is a whip-smart diplomat, Shara Thivani, an expert in Bulikovian history. Bulikov, the titular City of Stairs, used to be an oppressive world power, bolstered by the power of living gods. That power ended in recent generations when the colonized country of Saypur deployed a mysterious weapon that destroyed the god. The novel is mostly told through Thivani’s point of view as she tries to solve the murder of a Saypuri historian.

Bennett is the author of four previous novels and winner of the Shirley Jackson Award both for Mr. Shivers and American Elsewhere. City of Stairs came out in September.

Your previous books are in the horror genre, something that influences some of the scenes in this book. Was writing a secondary-world fantasy more of a challenge?

Not really. I don’t consider my work to be really one thing or another — certainly not straight horror — so the writing experience wasn’t too unusual. I had to keep a timeline, though.

The novel can be read as a political allegory, as it deals with issues of colonialism and religious zealotry. What sort of political situations inspired the book?

Sometime in 2011, I think, the Texas School Board made the decision to edit school history books in order to specifically reflect the beliefs and standards of Texas. This not only involved emphasizing capitalism as inherently better than any other economic model, but it also included de-emphasizing things like the secularism of the Founding Fathers and the separation of Church and State, emphasizing the Black Panthers’ involvement in the Civil Rights Movement, diluting racist motivations behind the Japanese internment camps, and so on and so forth.

It was such a fascinatingly ridiculous idea, the idea of a group of people who essentially said, “We don’t like reality, so we’re going to make up a new one.” It’s a very human thing to do, to try to ignore or rewrite history, to ignore the past 100 years in order to justify the thing you want to do in the next five minutes. Reality is a very malleable thing, and sometimes it seems like it doesn’t matter that much. The powerful and privileged will make up any reason they want to do whatever they want, like invading Ukraine in order to protect pro-Russians there under threat, and definitely NOT, you know, because one wished to occupy and own Ukraine.

So I suppose the inspiration for the book was to realize this literally malleable reality, but give history itself the chance to dispute the present’s presumptions.

What mythologies did you draw upon to create your gods and monsters?

I more or less made them all up. I remember reading a lot of Joseph Campbell and researching T.S. Eliot’s “The Wasteland” a lot in college, and I think I just sort of reached into the grab-bag of religious tropes in order to create the original Divinities.

Diversity in speculative fiction is an important issue. Was the decision to have the lead character a woman of color a conscious one or more organic?

Probably both, to a certain extent. When I first had the idea for the book, it was inspired by a story about Poland just before the Second World War, and how the country was almost positively medieval in a certain sense, and that aspect of the medieval crashing into the modern was interesting to me. So I knew I wanted the setting to be Eastern European.

And then I knew I wanted to have a foreign diplomat there in this country, and I wanted her to clash with the culture a lot, and I asked myself, “What sort of person would clash with this extremely patriarchal, theocratic state?” And my brain said, “A Southeast-Asian woman.” And it all went on from there.

Is City of Stairs part of a series? If so, can you give a hint about the next book?

It is. The second will feature Mulaghesh, the military officer in the story, venturing into the polis that once played home to the Divinity associated with war and death. I expect she’ll have to do some conciliating with her idea of what a soldier is versus what the ancient Continentals believed it to be.

Craig Laurance Gidney writes both contemporary young-adult and genre fiction. His first collection, Sea, Swallow Me and Other Stories, was a finalist for the 2009 Lambda Literary Award. Bereft, a YA novel, appeared in 2013. Skin Deep Magic is his third book. Gidney lives and writes in his native Washington, DC.