An Interview with Rebecca Fleet

The writer talks early inspiration, marital strife, and the inherent weirdness of Airbnb. 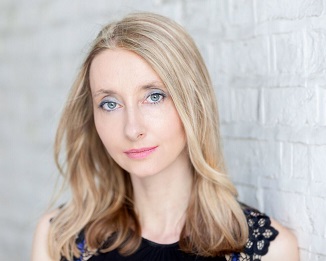 The story focuses on the relationship between married couple Francis and Caroline, who receive an offer to house swap their apartment in the city for a house in the outskirts of London with a complete stranger.

In the beginning, they welcome the change, their relationship barely on the mend after Caroline’s affair with a man named Carl, and Francis’ own erratic and unreliable behavior. But soon after they arrive at their temporary home, Caroline realizes that the house’s owner seems to know much about her and particularly about her heated but disastrous affair and the way it ended.

In an email interview, the author confesses that she finds the concept of “house swapping,” in Airbnb and HomeAway style, just a bit strange.

What was the first story you ever wrote?

There was a story I wrote when I was 5. I think my mother still has it, and it was called “Jack the Chick Is Frightened.” I don’t really remember much about the plot, but I definitely started writing quite early on.

You went to Oxford and majored in English literature. Has that been instrumental in your writing career?

I did start writing a novel when I was at university. It wasn’t very good, but that’s when I thought that maybe one day I could get a book published. I always hoped I would have works published, although of course I always knew how difficult that would be. So I just kept writing, for the next few years, really. There’s a lot of perseverance and dedication that you need to have to see that through.

How did you get the initial idea that inspired The House Swap?

I don’t know if this is as common in the U.S. as it is in the U.K., but the idea of house swapping has really grown in popularity in the last few years, particularly with websites like Airbnb. So I noticed this was becoming more of a thing, and to me, that was always quite a strange idea…it’s a bit odd to allow someone to enter your home when you’re not there, and the fact that you can’t be there to control what they see and what they have access to, not to mention how perhaps they’re judging you. Even if you don’t have any major secrets, there’s something about it that makes me uncomfortable. So I guess I got interested in that idea and I started to think what would actually happen if there was something more sinister going on, and it just felt like the natural characteristics of a thriller.

The two major plots in the novel — in the present, with the stranger in Caroline’s house, and in the past, her affair with Carl — present Caroline in a sympathetic light. Did you want readers to feel empathy toward her character and not see her just as a cheating wife?

Yes, definitely. It’s interesting because people have reacted to Caroline’s affair in different ways. Some distinctly dislike her because of it, usually because at least in concept, they firmly believe that infidelity is wrong. But I suppose I wanted to show that sometimes even if things aren’t excusable they can be explainable. Yes, she certainly makes some bad decisions and some terrible choices, but there is a reason for that. It’s important to me that all the characters really are not morally perfect or completely correct, and I like it when people recognize that and react to it. Personally, I don’t always feel like I have to love the characters; to me, it’s more interesting if there are things they [do] that make me think, “I’m not sure if I agree with that,” or “I don’t know if I would have reacted like that.” To me, it’s important that it’s not all black and white or right and wrong. It’s not as simple as that because life is not as simple as that. Hopefully the book will help explain why the characters behave the way that they do.

Carl and Caroline: Are the similarities in the names deliberate?

That’s funny. You’re the first person that’s mentioned that! And yes, I did that deliberately actually. I guess I wanted to suggest a kind of connection between them, I suppose. I’m glad you picked up on that.

Which character presented the most challenge?

Amber, Carl’s new girlfriend, was actually challenging because, at the start, she really comes out of nowhere, but ends up being more involved in everything than we believe her to be. She’s a bit of a mysterious character; you don’t quite know who she is or why she’s there, and in the end, I moved away from trying to make her seem “normal” and not a bit weird which is how Caroline would see her. But I never felt I really got under her skin like I did with the other characters.

Did the ending change as you were writing the novel, or was this the way you planned to end the story from the start?

I do plan out quite a lot in general. But I kind of got to the middle of the plot and then I didn’t really know where it would go. At one point, I thought it would go in one direction, but when it came to it, I felt a bit too melodramatic and I couldn’t really figure out how it would even happen. So when I thought about it, I felt the ending had to go another way.

Did you conceptualize The House Swap as a domestic noir novel?

I did, kind of. It’s always hard to know before an agent or an editor sees it how they’re going to interpret the novel and how they’re going to want to market it. So I guess I deliberately did push towards that, but at the same time, I always saw it as much as a relationship drama as I did a thriller, and saw the darkness in that as well. I certainly knew it was a dark-mood kind of novel, but what surprised me is that the word “creepy” keeps coming up to describe it, which was something I didn’t really aim for. So you never know what people’s reactions are going to be.

In terms of the message of it, my feeling is that it’s about how life can be challenging and even if you act in ways that are hurtful, ill advised, or misjudged, it’s never too late to make amends, even if it’s only with yourself. There’s always a way of moving on and moving past it.

Is there a future novel in the works?

I’ve actually just finished the first draft of my next one, yes, and I guess it’s in a similar genre. It’s about a man who comes home one night to find that his house is on fire, and his wife and daughter from a previous marriage have been caught in the fire but they’ve escaped. So it’s a chain of events that leads from there, including him finding out that his wife is actually in the witness-protection program due to an event that happened 20 years ago.

An Interview with Nick Flynn

The writer/poet/playwright talks process, imagery, and the psychic difficulty of crafting his latest memoir.