An Interview with Rachel Louise Snyder

The journalist discusses why her leap into fiction wasn't much of a leap at all. 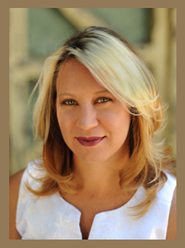 A decaying lizard carcass rests in a glass box on top of Rachel Louise Snyder’s desk. “It reminds me of my immortality,” she says, welcoming me into her home in Washington, DC. The lizard traveled in a moving box from Cambodia. It’s caught mid-motion, its left arm outstretched, its body coiled, just before it leaps.

Snyder traveled the world as a public-radio contributor and investigative journalist. Her first book, Fugitive Denim: A Moving Story of People and Pants in the Borderless World of Global Trade, exposed a trail of human consumption and its consequences from Azerbaijan to New York City. The book was excerpted on “This American Life” and won an Overseas Press Award.

Rachel and I met on a sunny fall day to discuss her debut novel, What We’ve Lost Is Nothing. It’s a story of the inner and outer chaos of one street in Chicago, Ilios Lane. A series of robberies sends the neighbors into a 24-hour frenzy of victimization and blame that reveals family secrets and closely held prejudices.

“Edgy” is the word that kept coming to mind while I was reading. The neighborhood’s edges, Mary Elizabeth’s boundary crossing — even your spare prose is edgy. How do you maintain the carefully drawn lines while simultaneously exposing them all?

I love that you saw that. The only edge I consciously drew was the border between Chicago and Oak Park. It’s such a tactile boundary. I lived on that edge for so long, and I did think about that as a metaphor while writing the book. You’re right. There are generational borders and racial divisions and cultures butting up against each other. That’s such a smart way to read it.

Those edges are tense, though. Once I started reading, I literally couldn’t put What We’ve Lost Is Nothing down.

In your Lives column for the New York Times, you write what you learned about assumptions and race while you were a property manager in Oak Park, Illinois. When did you first start thinking about this novel?

I always thought it would make a compelling backdrop, though I hadn’t thought of it as fiction. It was literally happening all around me in the real world, so for years I tried to figure out a nonfiction way to tell the story, but I could never quite find a way in until I started the novel. But in that job, I learned that race is a very complicated story. So is income equality. I needed all these different parts in the novel to tell that story. I drew a map of the neighborhood. I had to do something to keep these 17 characters straight. It’s a 24-hour frame, and there’s total chaos. The challenge is to keep it clear — in my head and in the reader’s experience — without losing anyone or anything.

Have you experienced the same neighborhood struggles in DC?

Of course there are similar problems in DC. What I don’t see that I experienced in Oak Park was a concerted effort to combine differences, to combine economic growth with low-income housing. We have many levels of income in this country, and many different cultural and racial experiences, and I don’t want to live in a place that’s all the same. You have to appeal to a sense of egalitarianism in people that often doesn’t exist in a world of capitalism and consumerism. That Oak Park is able to do what it does, even with its flaws, is because there is a group of people who believe in equality more than their belief in personal gain.

Including an omniscient narrator, Arthur, who knows the future is a bold move. When in the drafting did you decide on Arthur’s voice?

Arthur was the first character who came to me. I was on the south coast of Cambodia, and his voice just appeared in my head, along with a kind of omniscience. It was always the right decision. There are all these references to The Iliad throughout. The story takes place on Ilios Lane, which is another word for Troy, but there’s also this Greek chorus cast of characters. In The Iliad, the gods are always commenting on fate. You can’t stop fate. Arthur knows that. And the interstitials in the book between chapters — the listservs and blogs and letters — all act as “gods” in a sense, commenting on what’s happening on Ilios Lane.

At the end, I break a narrative rule of the whole book, in fact, by flashing forward into several of the main characters’ lives.

Why a novel after so much investigative journalism?

My MFA is actually in fiction. I’ve never taken a journalism class in my life. Nonfiction was accidental to me. But I’ve always used the tools of fiction. In terms of craft, my essays have always used the same narrative techniques. Creating character, having a sense of the stakes of a story, an arc. The primary challenge for a writer is the page. For fiction, it’s a blank page; for nonfiction, it’s the choice of what to include and how and why, but at the end of the day, it comes down to what you put on that page.

I’m also working on a memoir that starts with an essay of mine that appeared in the New York Times back in July. My story is one of love and violence, too, so the two books are really operating as companions in a sense. My story, and the story of those I meet.