An Interview with Patricia Bosworth

The former actress discusses hardship, Hollywood, and her satisfying switch to writing. 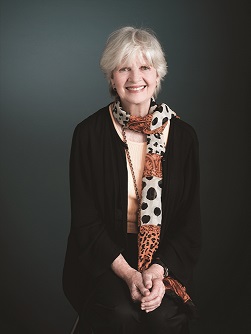 You were in the nitty-gritty of Hollywood’s Golden Age, first as an actor and then as a biographer for stars such as Montgomery Clift and Jane Fonda. What prompted you to write a memoir, The Men in My Life?

I wanted to write about my life at a very tumultuous time, 1953-63, the decade of my 20s when everything seemed to be happening to me at once. My brother and father committed suicide. I got married and divorced. I began to support myself. I graduated from college and I became an actress and then a writer. Looking back at it, this was typical suicide survivor behavior. Nonstop work helps assuage the guilt you feel for having survived. And being hyperactive helps blot out terrible loss and unending grief.

Your father was an attorney for some very big names in Hollywood who were persecuted under McCarthyism. Their downfall also caused your father to suffer financially and professionally. How did you, your mother, and your brother cope with this?

My father’s career as a lawyer drastically changed after he defended “the Hollywood Ten,” writers and directors who’d been subpoenaed to testify in front of a congressional committee as to their political beliefs. It was the height of the Red Scare. The country was petrified we were going to be taken over by the Soviet Union and the Communists. We were uprooted from our home in San Francisco and moved to New York because my father thought he could practice law more easily there. Then my brother and I were sent away to school. It was all very disorienting.

You’ve mentioned that your father became even more self-destructive after the death of your brother. How did that loss affect you as a family?

My father was inconsolable. He began drinking and taking pills after my brother shot himself. As for my mother — she denied Bart Jr. had killed himself. She said he was murdered. Her way of dealing with it was moving us from apartment to apartment. She became very restless. I shut down completely. I did not talk about my beloved brother’s death or my father’s for close to 40 years.

Did you ever wish your mother had dealt differently with your father’s addictions?

My mother did all she could to help my father. She was there for him in the hospital. She was constantly trying to get him to see various doctors. She put him in rehab. I took over his care for a while when Mama needed some breathing space. She loved and revered my father. She did not ignore his addictions, but there was only so much she could do.

Do you think that your father’s depression and addiction, and the way it influenced your life, also shaped your relationships with men?

Watching my father drinking and drugging made me turn away from those addictions and, luckily, I have essentially a happy nature. I am optimistic, I rarely get depressed. On the other hand, I was invariably attracted to men who were alcoholics. Alcoholics are often brilliant, charismatic. These men reminded me of my father. Also, I knew how to behave with such men. For a long time, I was a caretaker — until finally I wised up.

Who inspired you the most as an actress during your time at the Actor’s Studio?

Anne Bancroft, perhaps, who is most famous for her remarkable performance as Mrs. Robinson in “The Graduate.” Annie was a warm, ebullient woman — funny, tender, and endearing. She was always trying to stretch herself as an artist. She worked on “My Fair Lady” at the studio even thought she didn’t have a very good singing voice. She also guarded her privacy. After she won the Oscar for “The Miracle Worker” and married Mel Brooks, she stopped giving interviews. “My private life is my business,” she told me.

We always remained friends. I remember I ran into her on the street one day, I’d just become managing editor of Harper’s Bazaar, but I felt insecure about the job, so I hid behind glasses and a hat. Annie saw me and said, “What are you trying to prove?” I said, “I thought the glasses and hat would give me more authority.” “No way,” she laughed. “Take them off and just be yourself.” I never forgot her advice.

Why the switch from acting to writing?

I had always had twin ambitions. I wanted to be an actress and I wanted to be a writer, too. My heroine was the French novelist Colette, who’d been both. Writing is a kind of performance, too. When you’re a writer, you get to play all the parts.

Do you have any regrets? Things you wish you had done differently?

Regarding my memoir, I wish I’d had the space to devote to my dear friends, especially my women friends like Betsy von Furstenberg, Tammy Grimes, Janet Coleman, and many others who experienced so many of the same joys and losses that I did. We shared so much. I wish I could have written about how much they gave me with their friendship.

You survived an abusive marriage in which you were not only physically, but also emotionally and verbally assaulted constantly. What advice would you give to women who find themselves in a situation like this?

Today, there are shelters for battered women, there are hotlines, there are dozens of self-help books for women who find themselves in abusive situations. But in the 1950s, when I was an ignorant teenage bride being slapped around, there was literally no place to go for help. Besides, no young woman ever admitted she was being abused. It was never talked about, ever. So, I just took the abuse until my husband tried to kill me, and then I left him. But it took that kind of extreme situation to force me to take action. I would behave differently now, but the world is a different place.

What future projects are on the horizon for you?

A book — Dreamer with a Thousand Thrills — about my third husband, Tom Palumbo (who died in 2008). He was a photographer for Harper’s Bazaar and Vogue during the glamorous days of high fashion in the fifties and sixties before he became a theater director. I’ve written an essay about his work and our life together that accompanies a collection of over a hundred of his stylish, elegant images. Powerhouse Press will publish it this fall.

[Editor’s note: Click here to read the Independent’s review of The Men in My Life.]

An Interview with Tom Jackson

The writer talks science, understanding technology, and how the fridge changed everything.