An Interview with Lauren Oliver

Have you ever spent time in a haunted house? Maybe you’re the only one who can hear the ghosts. 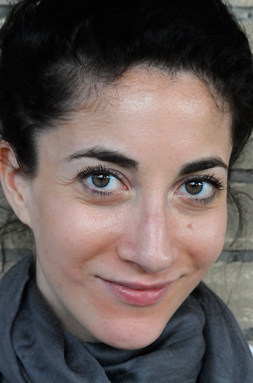 Lauren Oliver’s Rooms is the story of a family coming home to bury their father who has recently died, leaving behind a country house full of belongings, his and others’. The house is large but somehow crowded, with two or possibly three ghosts living within its walls. In Rooms, everyone is haunted by painful truths from the past that linger into today.

Oliver is the author of several young-adult novels, including Before I Fall, Panic, and the Delirium trilogy. She is also the author of two novels for middle-grade readers.

On the cover of Rooms, Lev Grossman calls it “A chilling ghost story.” Would you agree?

Well, Rooms is not a ghost story in the traditional or gothic sense of the term. The ghosts aren't meant to be agents or expressions of psychological terror. They have personalities, quibbles, narratives, conflicting feelings — they're as real, in that sense, as the living inhabitants of the house. But over time, as the worlds of the living and dead begin to converge, the book does start to feel more dangerous and charged. I think the most chilling aspect of the novel comes from the revelation of all of the characters' secrets, all of the lies that have been keeping both the living and dead entombed.

You begin and end the book the same way. Why?

The whole book is structured circularly, in a way. The first and last chapters mirror each other, but we also begin in the kitchen with the arrival of the young Walkers and end in the kitchen with their departure. Partly, I intended there to be a kind of claustrophobic sense of enclosure in the book, an extremely circumscribed landscape. Partly, I wanted the whole book to be structured as call-and-response, both in the interaction of the living and the dead and the ways that the whole mystery of the book essentially searches to answer one central question: Why? Why these ghosts? Why here? Giving it circularity gives the reader a sense of inevitability. The questions will be answered; the truths will be revealed.

Do you believe that fire cleanses? Is it a death that leads the way to a new beginning?

Humans have a long association with fire as ritual cleansing, purification, and renewal — thus the mythological significance of the phoenix and the salamander, and the prevalence of funereal rites that involve immolation. Maybe this relates to the central relationship fire had to human development, and the way it literally facilitated a new way of life for our Paleolithic ancestors. Or maybe it just appeals to our innate sense of symbolism to see solid material converted via the alchemy of fire into smoke.

I love the notice that “People should come with warnings, like cigarette packs: involvement would kill you over time.” This is in one of Minna’s chapters. How did you decide to put this sentiment with Minna rather than with her brother Trenton, or her mother, Caroline? It would seem to fit all of your characters, wouldn’t it?

Trenton is more melancholic than cynical. His preoccupations are far more internal — like many adolescents, his mental orientation is fundamentally solipsistic. And Caroline isn't exactly cynical — she's embittered and disappointed and feels like a victim. So the humor of the statement, and its blunt reality about the difficulty of intimacy, seemed very Minna to me.

Alice, one of the characters, explains a little about herself, and I wonder whom she is explaining to and why she feels that she must. Is she answering universal questions?

Storytelling — narrative — is a big theme of the novel, which explores both the stories we tell ourselves and those we tell other people, and the failure of those stories to completely encapsulate the truth. Alice’s story is an extended apology, in some ways. As in many stories of guilt and repression, Alice can’t be liberated until she forgives herself.

Sandra describes herself and Alice as “smudges, crusty bits, fingerprints, like stains left over from a faulty dishwasher.” Is she implying that they are always with us in ways that don’t matter, in the things that one wouldn’t often perceive?

That sentence was meant to suggest a sense of impotence — they’ve been contained against their will, and they have no real interaction with the physical world except to filter and distort it. But the ghosts do also meditate on the permanence of physical objects as opposed to the transience of life. The irony is that we think of material objects as so unimportant, but any piece of plastic has a lifespan exponentially longer than our own. It’s pretty humbling.

Sandra has a very compelling definition of the best kind of parents. Do you agree with her assessment?

I do think that parents inadvertently prepare you for loss and disappointment. Even if you have the best parents in the world, it is a central feature and even prerequisite of growing up that their role in your life becomes less central and less important, and you will eventually have to break free of their influence. And if your parents are flawed, as almost everyone’s are, you have to grapple with the failure of people to be what you expect them to be.

What is “bottlenecked clarity”?

Bottlenecked clarity is all about alcohol. It’s the kind of moment of revelation that only comes after very, very heavy drinking — when you suddenly (falsely) feel completely sober.

Will the Raven Heliotrope ever come to life outside of Rooms?

I don’t think so! Although I love using the story-within-a-story device. I will definitely resurrect that in future novels.

It’s funny that Trenton, one of the main characters, wonders if death might be as awful and depressing as life. Doesn’t it seem like the ultimate practical joke? If so, who’s playing it?

Nothing is more disappointing than the failure of major events to live up to our sense of pageantry and drama. The universe, as they say, will end not with a bang but with a whimper — an idea that seems morally and emotionally outrageous. Similarly, the idea that death might be simply as bleakly mundane as real life seems like the worst kind of purgatory. I don't see it necessarily as a joke. If death is a malicious joke, that at least suggests a creator to be malicious. But if it's just the natural course of things — the plodding evolution of our experience through time — that's much sadder.

I love it when Vivian smiles without her eyes. Is there a larger meaning?

There’s science that suggests you can identify a fake smile because the eyes don’t get engaged the same way. So when Vivian smiles without her eyes, we can assume that she is faking it!

Caroline describes people like houses — walk through their rooms and touch objects hidden in corners, etc. Her description kind of explains the book; each of the characters is also a room. How did you come up with such a concept?

Well, obviously the metaphorical significance of houses and rooms — and the way in which physical spaces get conflated with mental or emotional ones — is one that’s central to the book’s premise. I do think that people are like houses in many ways, in which we all have locked-chamber secrets, as well as spaces that are open for visitation. We have exterior features we like to show off and hidden corners we repress or conceal.

Trenton says, “If only bodies were like rooms and people could pass in and out of them at will.” Sounds as if he and his mother, Caroline, think alike, but nothing in the story seems to bring them together. Do you think it’s often true that the folks closest to us are quite like us, which is part of the problem?

Oh, sure. Trenton’s thought was a conscious echo of his mother’s (conscious on my part, not on his). I think, generally speaking, people are very similar, with similar wants and needs, similar fears, similar loneliness. We just all express those needs and fears in infinitely varied ways.

Do you change the way you work for a young-adult versus an adult story?

No. The general methodology is the same. I write 10, 20 thousand words to get a sense of the world and the characters and make sure the idea is crystallizing. Then I take a step back and think about conflict and narrative structure.

Have you ever lived in a haunted house?

Supposedly, I live in a haunted house now. Several people have reported seeing disembodied faces in the window or [having] repetitive dreams of the same small girl. We even have a “ghost room” earmarked in the house.

[Click here to read the Independent's review of Rooms.]