An Interview with Kenneth D. Ackerman 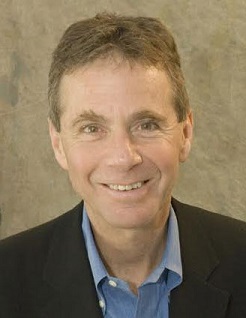 In his new book, Trotsky in New York 1917: A Radical on the Eve of Revolution, author Kenneth D. Ackerman returns to old New York City, the site of his critically acclaimed biography Boss Tweed: The Corrupt Pol Who Conceived the Soul of Modern New York.

This time, it is a very different tale: Leon Trotsky, who will shortly become world-renowned as a leader of the 1917 Russian Revolution, is biding his time as an obscure radical living in the Bronx, editing a left-wing newspaper, and trying to find a way to return to his homeland. The revolutionist’s 10-week stay in New York makes for fascinating reading.

How did you come to this story?

I had this little factoid in my mind about Leon Trotsky being in New York City for several years, since I wrote my last book about J. Edgar Hoover and the Red Scare back in 2007. Then, about two years ago, I was at a Nationals baseball game with Ron Goldfarb, my book agent. I had nothing planned at that point. Somewhere around the sixth or seventh inning, a couple of beers into the game, we started joking with each other about off-the-wall ideas for books. I mentioned Trotsky in New York and his reaction was, “Trotsky was in New York? What did he do?” I had to say, at that point, “I don't really know.” He said, “Find out.”

So I spent the next month or two digging into this story and trying to find out what Trotsky did do in New York. This is not a spoiler alert for the book, but he didn't kill anyone, he didn't cheat on his wife, he didn't meet many famous people, and didn't get arrested, as far as I know. But what he did do was very interesting. He got very involved in the world, particularly the world of the New York radical immigrant subculture. He made himself a high-profile figure, despite hardly speaking a word of English. He gave speeches, gave lectures, led a movement, and even tried to take over the local Socialist Party.

It seemed that nobody knew this about Leon Trotsky. When I dug into this story, I was struck by how little had been written about it. There are hundreds of books about Trotsky, but few of them spend more than a page or two on this entire episode. The more I dug into it, the more the story seemed not only important in its own right, [but also because of] the fact that Trotsky experienced important changes in New York and had a major influence on the left wing in America.

But it was also emblematic of an entire era that I found enthralling and fascinating. New York City during that period right before World War I, before the world changed, when free speech was still really free speech, the city back then was, in fact, the freest, most interesting place in the world. Trotsky’s trip opened a door to that world, and that was what I wanted to write about.

What role did the experience Trotsky had in New York play in his life?

The trip itself taught him many things. It’s hard to understate Trotsky's role in the Russian Revolution, particularly in 1917. The Bolshevik Revolution of November 1917 was extremely important, with him and Lenin its two principal architects. Prior to November 1917, he and Lenin were the two best known of the émigré Russian radicals leading an international movement of Bolsheviks, Mensheviks, Social Democrats. But they were, at that point, at odds with each other.

We tend to think today, we Americans to the extent we know Russian history, of Lenin and Trotsky as partners in 1917. But up until just the last few months before the actual revolution, Lenin and Trotsky were rivals. They were leaders of two quarreling factions within the Russian Socialist émigré movement. The two of them, even though they both believed in revolution, were quite different.

During Trotsky's time in New York, though, he underwent significant change. He came to New York not because he wanted to. He had basically been kicked out of Europe. He was expelled from Russia, then Austria, then France, then Spain. He was denied entry into Switzerland, England, and several other countries. America was one of the few countries that would take him at that moment, so he came here and he found a country in ferment, a city in ferment.

When he landed, America was still at peace, still neutral in the World War, but during his 10 weeks here, three events happened in rapid succession that threw everything into question. First, the Germans announced that they would resume unrestricted submarine warfare against American ships, which caused Woodrow Wilson to sever diplomatic relations and pushed the country into a pretty profound hysteria.

Second came the Zimmerman telegram, a telegram from the German foreign minister to Mexico, offering Mexico a deal if it got into the war against America, that they would receive Texas, California, and areas of the Southwest, which really outraged Americans. This was deceit of the worst form. Then, finally, came the first wave of the Russian Revolution, the overthrow of the czar.

So Trotsky was in America during that period and involved himself in all of the debates over what to do if America entered the war. And here he took a very radical line, a very hard line, much more Leninist in its tone and flavor. He literally did try to overthrow the leadership of the New York Socialist Party. He tried to push through a resolution at a public meeting, that should America enter the war, the Socialists should physically block it. They should launch general strikes and actions against war industries, things that would be, within a few weeks, treason. Things that would make the entire Socialist Party a criminal enterprise in the country. Rather than trying to build a consensus, he wanted to split off from other groups, a very Leninist approach.

And what about his role in the Russian Revolution? Did his stay in New York influence that?

By the time he got back to Russia in May of 1917 — it took him a while to get back, the British tried to stop him — he had become much more impatient for change. He was ready to side with Lenin because Lenin was decisive. Lenin knew how to act, Lenin knew how to make decisions, how to organize people, how to lead. Trotsky appreciated that about Lenin in a way that he would not have before his time in New York.

Both of the complimentary reviews you received in Kirkus and Publishers Weekly chose the same word to refer to Trotsky's time in New York. They referred to it as a “footnote.” Is that an apt description?

I don't think it is a footnote. A footnote is something tangential, not necessary to the story. I don't think Trotsky as a leader or a person would have been fully formed without his time in New York. His experience in New York gave him several things to bring back to Russia, not just his new openness towards the Bolsheviks, but also a sense of culture. He always talked about America in the years that followed, that America in the future would be the center of the world rather than Europe that was destroying itself through the World War.

He also brought back a sense of culture that he picked up both in America and Paris and Austria. He became a big fan of the movies. He came to appreciate open debate. There was one particular café on 2nd Avenue, the Monopole Café, where he enjoyed holding court debating, arguing, haggling with not just his own Bolshevik circle, but all of the rival socialist circles.

One of the books he wrote back in Russia — Problems of Everyday Life — was a set of essays about how you don't live through politics alone, that it's important to foster education and families and to use cinema as a form of communication. A lot of those ideas he brought back from America and it gave him a leavening, a texture of thought that he wouldn't have had without it.

You've written full biographies and now a book covering 10 weeks or so. What's the challenge in going from one where you have an unlimited canvas to writing a slice-of-life kind of book?

As a technical matter, there were two big challenges in writing this book. One was simply keeping it short. For 10-and-a-half weeks in New York City, you could not let this book be over 100,000 words because the story was, in fact, a sliver of Trotsky's life. You can only attract a reader’s patience for so long. The other involved chronology. What made Trotsky's 10 weeks in New York interesting was what happened before and after. His relationships New York City with other Russians and Americans had gravitas because they were in context with things that happened earlier.

For instance, Trotsky shared an office in Lower Manhattan with a man named Nicolai Bukharin. Bukharin was a follower of Lenin, a Bolshevik. This, for Trotsky, made him something of a rival. Trotsky was a Menshevik and a critic of Lenin. To make sense of their interactions during those weeks, it was necessary to explain, for instance, why did Bolsheviks dislike Mensheviks? What was the backstory in Russia and Europe that made the events in New York meaningful?

The Trotsky-Bukharin relationship also carried poignancy because of what would happen over the next 20 years. Bukharin and Trotsky would become rivals back in Russia after the revolution. Bukharin would emerge as a top advisor to Josef Stalin, the man who ultimately killed Trotsky, and Bukharin would die very tragically himself at Stalin’s orders in one of the show trials of the 1930s.

Almost every character had a past and a future that was necessary to explain why their relatively brief interaction in New York was important. To bring all of that backstory into the four corners of the book without interrupting the flow of the front story was very challenging to me as a writer.