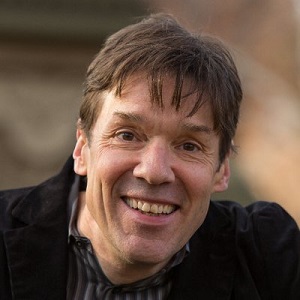 My 94-year-old landlord spent a brutally hot July afternoon last summer on the roof of the adjoining apartment building, which he also owns, cleaning the gutters. Not the wisest idea in the world, perhaps, but the point is he was able to do it. He also likes to talk about his experiences in World War II. A lot.

However, like many who read John Leland’s new book, Happiness Is a Choice You Make: Lessons from a Year Among the Oldest Old, I’m probably missing out if I dismiss Mr. Simpson too cavalierly. Leland gives us a feisty yet meditative look at aging through the eyes of those in perhaps the fastest growing demographic group in the United States. Defined as someone over 80, they’ve often been dismissed in America’s youth-obsessed culture.

Leland, a New York Times reporter, shows us what we’re missing if we expend too much attention on buns of steel, and not enough on steel magnolias. We spoke in late January.

I would imagine, as you thought about this project, and I don't want to sound flippant, but you're going to spend time with a bunch of very old people. Were you expecting it to be a depressing enterprise?

Yes, and my main source in this, my 89-year-old mother, kept saying, "Hey, don't you find it incredibly depressing to be with these old people all the time?" Well, did I think it was going to be depressing for me? No, I didn't, because I'm really good at keeping an objective distance from my subjects. You know, Jane Goodall can write about monkeys without becoming a monkey, and I could write about depressed people without becoming depressed. I did expect to find more depression than I encountered.

Talk about the people you profile in the book.

There's six, of which one is half of a couple. Her partner is a younger person. They're both in a nursing home, but he was in a terrible car accident and a longtime coma when he was younger, so he had some mental disability that put him in the nursing home after his mother died. He was 20 years younger than her, so he didn't quite qualify for my series. But there were six of them and they were all different. My partner is a former actress, and she says 90 percent of directing is casting. So, the casting. We spent months casting this. I went to senior centers and nursing homes and looked at the websites of older people. These are people I was going to spend a year with.

Were you trying to represent a broad spectrum, in terms of socio-economics and that sort of thing, or was it just the interesting stories that drew you?

That's a great question. I really wanted a mix of stories, a mix of people. I wanted a gay person because I thought, wow, a 90-year-old gay person, he's seen what gay life looked like in New York in 1950. How fascinating would that be? So, I wanted that, and I wanted a newly formed couple, not somebody who had gotten old together in a marriage, but people that had the courage to take a chance on love at 90, knowing that, probably, one of you is not going to be around for very long and the other one's going to have to be there and suffer that loss. And there's, you know, it's black and white and Asian, and people are poor and more well-to-do, and going from a nursing home to living in a private apartment.

What were the commonalities you saw among this group?

I would say the commonality between everybody is there is no BS there. There's not time to mess around with things, and they all kept their focus on what was important and were able to weed out things that weren't important. I think maybe a corollary to that was they were all able to make the distinction between things that had actually happened and things that might happen. So, they didn't get freaked out about possibilities that hadn't come to fruition yet. They didn't get distracted by little stuff.

I was encouraged by the idea of selective memory. The people in this group tended to remember the good times and emphasize those. They remember terrible things that happened, of course, but their outlook by and large was to focus on memories of the positive.

One of the people who conducts experiments like that is Laura Carstensen at Stanford, and she says it's because older people and younger people view time horizon differently. Younger people, you're just storing up information because you don't know what you're going to need down the line, so you remember both of those images the same. When you're older, you just have this short period of time in front of you, so you concentrate on things that are pleasing or satisfying to you at the moment. So, you remember the positive images because that's the one that's more pleasant to remember. It's a really interesting way of thinking about things.

Severe memory loss, which a lot of people suffer, is a really terrible thing, but there might be something about selective memory loss that's just…you don't want to dwell on that time you said that really stupid thing to that girl in your eighth-grade class. The good news is, after 80, maybe you can forget that.

Stefanie Pintoff talks about her Edgar Award-winning series of historical mysteries, including her latest, "Secret of the White Rose"