An Interview with David Morgan

The journalist talks Spam, dead parrots, and the Ministry of Silly Walks. 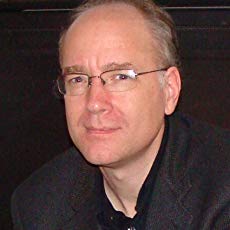 Something in tiny agate type called “Monty Python’s Flying Circus (Comedy)” snuck into America’s unsuspecting “TV Guide” in 1974. Members of the Spanish Inquisition tortured blasphemers with the padded edges of soft cushions; a Robin Hood knockoff, Dennis More, robbed the rich of lupins and distributed them to the confused poor; and a pet shop manager did his best to convince an irate customer that a parrot with rigor mortis was not only alive but displaying beautiful plumage.

Nerds rejoiced. Where Dungeons & Dragons and “Star Trek” had failed them, Monty Python managed to capture enough mainstream street cred to allow high-schoolers to recite lines of dialogue verbatim without (too much) fear of lunchroom retribution.

In his newly re-issued Monty Python Speaks!, author and CBSNews.com senior producer David Morgan has done us all a great service by revising and updating years of his interviews with the five remaining Pythons (plus the longtime partner of the late Graham Chapman), along with important figures in various concentric circles to produce something of a group autobiography. We spoke in January.

It's amazing these relatively obscure, esoteric, intellectual British guys (and one American) became rock stars, with comedy shows selling out the Hollywood Bowl. How did it happen?

They were given an opportunity by the BBC to write and perform their own TV series in 1969, “Monty Python's Flying Circus.” This was a revolutionary time in pop culture, not just in TV, but also music, film, fashion. And just as the Beatles were sort of revolutionary in the art of music, the Pythons were revolutionary in TV comedy. They took so many rules of TV comedy and broke them, threw them out the window.

They were given a tremendous amount of freedom to do what they wanted on their show, and they did whatever they wanted, even if it meant having no structures to the shows, having no punchlines for sketches, having no narratives to speak of, no reoccurring characters.

The shows weren't really about a comic personality. They weren't the John Cleese Comedy Hour. It was about Monty Python, which was a comic way to look at the world. That's what they presented in a sort of stream-of-consciousness explosion of comic ideas. It was unlike anything seen on television up to that point. There really hasn't been anything like it since.

You mentioned John Cleese, probably the best-known member, certainly since Python the TV show. Let's talk briefly about the members and what they each brought to the team.

All very different and different temperaments. That was one of the reasons I was interested in writing the book initially, to understand how these six very different personalities were able to work together so well and create something that was much different from what they pursued in their solo careers. Anything that John Cleese did on “Fawlty Towers” looked nothing like Python, for example. They had all worked with each other in various groupings during the 60's on other British TV and radio shows. Then they were given the opportunity to work together, the six of them.

John Cleese and Graham Chapman had met at Cambridge and had written together. Cleese brought a great precision to his writing and to his performances. He was very good at portraying authority figures, establishment figures like bankers and government officials who walked in a silly way. Graham Chapman was very anarchic in what he brought. He would put a twist on something to make it really bizarre. John Cleese was working on a sketch about a guy bringing a faulty toaster in to be repaired. Chapman said, "It's boring. Make it a parrot instead." That elevated it into this iconic comic sketch about a dead parrot.

Michael Palin and Terry Jones had met in Oxford and written and performed together. They would come up with sketches that were conceptually kind of bizarre, like Vikings singing about Spam. Eric Idle was very much into wordplay and songs. Terry Gilliam, of course, provided all these visually surreal animated bits.

As you say, they were almost like the Beatles with these strong personalities and different talents. It worked for a time, and then they broke up and went separate ways. It's not as if they were ever forgotten. A few years ago, they reunited for some live shows.

This was at the 02 Arena in London in 2014, the five surviving Pythons. They'd agreed to do one show. There were 16,000 tickets that were sold in 43 and a half seconds. So, they added another show and another show, and they all sold out. It was only then that they realized how much of a demand there was for the Pythons, and how large their audience has grown, not just among Baby Boomers, but among the children and grandchildren of Baby Boomers. The reunion show was also broadcast by satellite to theaters around the world. It had a huge global audience for their, in essence, going-away performance.

Speaking of going away, there are some touching clips on YouTube of Graham Chapman's funeral and Cleese and Palin's eulogies. Can you talk a little bit about that moment, how Chapman's funeral was so Pythonesque?

It was Pythonesque. John Cleese said he had to speak frankly about his writing partner, such as saying, “I hope he fries.” He said that Graham Chapman wouldn't have wanted him to say anything other than that because that was his comedic style. That was his sensibility. Michael Palin also spoke about how he was always late for everything. He was probably late for his own funeral. These are men who work so well together. They appreciated each other's comic sensibilities so much. They said that they never laughed more than when they were with the other Pythons, but they were also very frank with each other. If something displeased them, if something didn't make them laugh, they said it.

In the revised version of the book, you have some chapters about Terry Jones. Can you give us an update on his medical status?

A couple years ago, it was publicly disclosed that he had been diagnosed with frontal temporal dementia, which is a condition that robs him of his ability to speak. It's particularly tragic with Terry because he's probably the most uninhibited of them as a performer and as a very passionate advocate for whatever he was discussing, whether it's about comedy or politics or whatever. To rob him of his speech is kind of like taking Beethoven's hearing away. It's really tragic. The Pythons did speak very movingly about what it meant to them reflecting on what was basically the loss of the friend they knew because Terry Jones is not the Terry Jones they knew right now. He's healthy in a sense except that he cannot really communicate.

Although, Michael Palin just told me recently that he had read some passages from a book to him that they had co-authored years ago, and that Terry Jones was laughing. It felt so good to Michael to hear him laugh again like that.

I'm sure you're asked this all the time, but name a favorite Python skit.

I think I have to go with the film bit called the Fish Slapping Dance, which is nothing more than Michael Palin and John Cleese doing a little silly dance on the side of a canal, slapping each other with fish. It doesn't really mean anything except perhaps it's always better to have the bigger fish. It is just so wonderfully silly. I can't help laughing whenever I think of it.

Michael Causey is co-host of the Monday-morning program Get Up! on WOWD 94.3 FM Takoma Park.

Variations on a Theme: Taxes - Q&A with Len Burman and Joel Slemrod

Taxes in America provides helpful information regarding our present tax system and possible alternatives. Writing in a highly accessible style, the authors look at a wide range of personal and business tax issues.

The author of Everyone Loves A Good Trainwreck: Why We Can't Look Away