An Interview with Francesca Segal

In her latest work, the novelist tackles the complexity of blended families 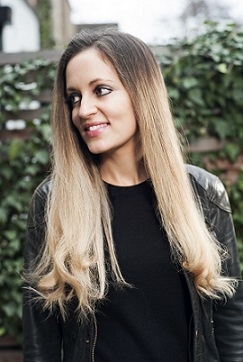 Francesca Segal’s latest novel, The Awkward Age, will strike an emotional chord with readers who are familiar with the complexities of a blended family. Segal portrays the ups and downs of James and Julia, a middle-aged couple who’ve found each other after years of being alone. The relationship is significant for Julia, since James is the only man she has opened her heart to since her husband died.

But Julia’s teenage daughter, Gwen, is less than pleased, believing that James is not only desecrating her father’s memory, but also robbing her of Julia’s attention. She finds an ally with Nathan, James’ son, who also opposes the relationship.

The teens’ initial animosity, however, finds itself transforming into something else after they decide to form a united front against their parents. Gwen and Nathan’s new relationship and the consequences spun from it will not only test Julia and James, but also additional family members caught in the sphere of this complicated family.

Which books are on your to-read list right now?

My to-read pile is treacherously high at the moment, but Arundhati Roy’s The Ministry of Utmost Happiness is at the top of it, together with a galley of Manhattan Beach by a hero of mine, Jennifer Egan. The Manticore, which is the second in a trilogy by brilliant Canadian novelist Robertson Davies, is also on my bedside table.

The Innocents, your previous novel, also dealt with the complicated asymmetry of family ties. Why is this a recurrent topic in your books?

Family is where it all starts — it’s a fascinating microcosm from which to explore whichever issues are preoccupying me as a writer; in this case, the tension between personhood and parenthood.

The dynamic between Gwen, Julia, James, and Nathan is tense from the start. But it seems that they prefer to turn away from the difficulties instead of addressing them. Do you think this behavior is common in blended families?

I think blended families can find themselves under immense pressure, and that makes it very hard to just sit down and say, “Right. This is hard, and this is hard, what are we going to do about it?” People are too busy surviving, living their day-to-day lives. That is true of nuclear family units, too, by the way.

Often, it feels like Julia relies too heavily on James for many things: her happiness, dealing with the children, etc.

She has been alone a long time and can’t quite believe her good fortune in meeting this man who brings her so much happiness. She’s long been independent, and the novelty and pleasure of having a co-pilot is very seductive. Maybe she gets a little carried away.

Julia mentions at one point that she had “been waiting for James her whole life.” What does this say about her marriage to Gwen’s father and its importance in her life?

I think I’ll leave that question up to the readers to decide. But I think that she and James are soulmates, certainly.

Which character presented the most challenge for you to write?

It was a pleasurable challenge, but I was very aware that I wanted to [make] Nathan’s voice authentic. I think teenage boys lend themselves to caricature and that was something I wanted to avoid. I wanted a believable, sympathetic, maddening teenage boy.

Do you think readers will be able to relate to James and Julia, particularly regarding the challenge of accepting and having to deal with a child who isn’t yours?

1,300 new stepfamilies form every day, according to the U.S. Bureau of Census, and over half of U.S. families are remarried or re-coupled. So this is not an alternative or even a minority anymore — this is real, honest family life.

The novel has an unexpected twist toward the end. Is this the ending you envisioned when you started writing it?

The ending changed a great deal, back and forth, as I was writing the book — all I can say is that the ending as it stands is just what I believe would happen, rather than what I initially planned.

I’m working on a quartet of novels now, which requires a lot of structure and a lot of long walks.

An Interview with Robert Weil

A renowned book editor discusses his life in publishing