An Interview with Diane Kiesel 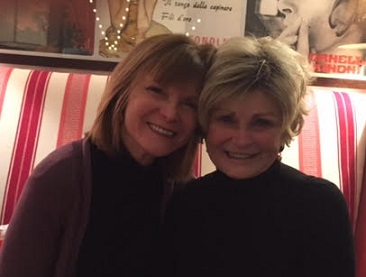 Who was Dorothy Ferebee, and what made you want to write She Can Bring Us Home: Dr. Dorothy Boulding Ferebee, Civil Rights Pioneer, which came out in 2015 and is now being reissued in paperback?

Dr. Dorothy Celeste Boulding Ferebee (1898-1980) was famous in her day and largely forgotten in ours. [She] was an African-American obstetrician and political activist who led the pioneering Mississippi Health Project during the Great Depression, bringing medical care to 15,000 desperately poor tenant farmers. She was president of the National Council of Negro Women (NCNW) during the nascent Civil Rights movement, and used that platform to lobby presidents and members of Congress for equal rights for her race and gender. Smart, stylish, charming, and strong, Dorothy was a dynamic leader in mid-20th-century America.

It was her obituary in the Washington Post with the headline, “Dr. Dorothy Ferebee Dies: Fought for Rights of Women, Blacks,” that first caught my eye. I was a young woman in my 20s and new to journalism when I read it with my morning tea. Two days after it ran her obituary, the Post devoted a rare and precious eight inches on its editorial page to her. It lauded her “old-fashioned values” of “hard work, persistence and the pursuit of excellence.” And, in just one sentence, it summed her up perfectly: “It took more than a little courage to break down the barriers of sex and color. Dorothy Ferebee…knew how to do so with a marvelous blend of compassion, cussedness and class.”

That sentence inspired me to ask who this woman was and why I’d never heard of her. It was a question that went unanswered nearly 30 more years as I built my own career as a writer, lawyer, law professor, and, eventually, judge. Finally, after successfully writing another book in 2007, I wondered whatever became of Ferebee and her fascinating life story.

Seeing that nobody else had picked up the mantle to write about her, and learning that her papers were archived at Howard University, I dug in.

What challenges did she present to you as a writer?

A biography should be a fair and accurate picture of the life of its subject so that readers can understand her motivations and accomplishments, her triumphs and disappointments, and use that information as a lesson for their own lives. Therefore, the first rule of biography should be to get the facts right.

I found many primary and secondary sources of facts about Dorothy Ferebee’s public life; her archives at Howard, the papers of the NCNW, papers in the collections of women who worked with her on various projects, and archives of the organizations with which she was involved. The speeches she made almost nightly in churches, on college campuses, in public meeting halls, and on Capitol Hill were extensively covered in what was then the thriving black press. But it was difficult to get insight into her personal life and into what made her tick. She left behind very few writings of a personal nature and no diaries or letters to her children, her husband, or lovers.

Coupled with her lack of personal writings was Ferebee’s tendency to embellish the achievements of herself and her family and her penchant for altering unpleasant facts. The historian Deborah Gray White, author of Too Heavy a Load: Black Women in Defense of Themselves, 1894-1994, has written about how African-American women have been wary of “putting their private lives and histories in the hands of a media that had for centuries stereotyped and slandered black women.”

So, in that context, Ferebee’s practice of keeping it close to the vest and putting only her best foot forward made sense. But this act of self-protection made my task as a biographer difficult. At times, I felt I was researching the book twice; first, I had to find the facts, and then I had to fact-check the facts I found.

What makes her relevant today, and why should someone read about her?

[She] was chided for being too ambitious, too arrogant, and too tough a taskmaster. These are words that are rarely, if ever, used when describing men. Interestingly, a record number of women are running for president in 2020. One of the early candidates, Sen. Amy Klobuchar of Minnesota, has been peppered with questions about whether she is too hard on her staff. One wonders how many male candidates who enter the race will have to face that question.

Is there anything you would do differently today if you were writing this story?

Much of what I would do differently has to do with the mechanics of writing a biography about a woman who was professionally active for so long. To understand Dorothy’s life and times, I immersed myself in secondary research about historical milestones that marked her lifespan. I read about the Fugitive Slave Law, the abolition movement, Reconstruction in Virginia, Jim Crow segregation in the South at the turn of the 20th century, the history of segregation in the military, the black sorority movement, the politics of abortion rights, and the Civil Rights movement of the 1960s. Much of this never found its way into the book. Had I started writing earlier, I could have focused my background research on those historical events necessary to propel the narrative.

Is there anything about writing her life that impacted yours?

Absolutely. For all the reasons I was initially attracted to her story, I remain attracted to it. She is a role model and my hero. I think she’s made me more courageous, more willing to take professional risks, and more willing to push myself to the outer limits of my ability. Researching and writing about her for six years while working full time taught me to budget my time and rearrange the balance of my own life. She re-ignited my love for nonfiction writing and guaranteed that I will continue to do it as long as I’m physically able.

After She Can Bring Us Home was first published in hardcover, I was invited to speak about the book by historical societies, libraries, museums, schools, and journalists. My first speech — to more than 100 audience members at the Virginia Museum of History and Culture in Richmond, including former Virginia Gov. Douglas Wilder, the first black governor since Reconstruction — left me so nervous, I wanted to faint…

[But] within six months, I was channeling Dorothy’s public poise, speaking extemporaneously about her life, and handling questions from the audience with ease. Now when I speak publicly about her, I find myself wearing outfits I think might please her sense of style. But as much as I admire her look, I think I will do without the veiled hat and giant corsage

Kitty Kelley is the author of seven number-one New York Times bestsellers. She is on the boards of Reading Is Fundamental and the Independent.