An Interview with Caroline Moorehead

About the only black and white you'll find in Village of Secrets: Defying the Nazis in Vichy France are the photographs. In this impassioned work, author Caroline Moorehead chronicles the town of Chambon’s resistance during World War II. It is a true tale of heroism, cowardice, and the spectrum of behavior lurking in between. 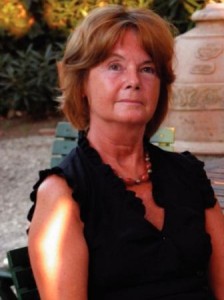 Chambon quickly became an important symbol to the French. In their eyes, it celebrated their resistance and heroism relative to how other French in Vichy and elsewhere quickly capitulated and helped the Nazis persecute Jews. You demonstrate that Chambon's record of resistance was, in fact, a bit more opaque. What should a reader make of Chambon's true legacy after finishing your book? Are the French making of it something "bigger" than it really is?

The legacy is a very real one: The inhabitants of the Plateau Vivarais-Lignon did indeed combine to rescue a great number of people wanted and hunted down by the Vichy government and the Gestapo. But the story as originally told was too narrow. It left out many of the most important players and several of the essential villages and hamlets. My feeling is that by concentrating on the smaller story — that the rescue was all about nonviolent resistance and a small group of Protestants — the French have, in fact, made too little of it. It showed what could be done when people of all kinds put aside their differences and behaved with imagination, selflessness, and courage.

Why, more than 70 years on, does this story still resonate?

I think it resonates because the Vichy years — les années noires — still play a big part in French memory. With so much having come to light about how the collaborators and the Vichy government helped the Germans, the story of what happened on this remote plateau acts as a beacon of light in the dark years. It is something that all French can take pride in.

Americans tend to prefer war stories that are more black and white. Do you think your readers, at least in this country, will struggle with the complexity and very human confusion in this story? There's no "Hollywood ending" here.

The trouble is, I don't think anything, or any stories, are really black and white. What drew me to this was precisely the complexity, the way that human beings can be so many things at the same time, and that good is not always done by “good” people. I like writing about people I admire, who have navigated their way through these moral mazes.

You address it up front, but many of your interview sources could be unreliable for a number of reasons (denial, faulty memory, etc.). How hard was it for you as an author and historian to suss out as much truth as you possibly could?

This problem was greater than for any other book I have written. I tried to use nothing that was not corroborated from several sources — e.g., an interview, a report, a memoir, some private letters. At the end of the day, a writer can only take a view, back a hunch, hope that it is the truth, and remain always aware that there are many versions out there. When writing about the Vichy years, this fallibility of memory is particularly toxic. I am also always interested in memory: how, why, what people remember and what they do with their memories.

Were there aspects of the story you decided not to pursue because you weren't confident in the data you were able to gather?

Yes, I did not follow stories that I believed I couldn't be entirely certain of, or that I thought might upset those who told them to me or their immediate descendants. Sometimes there was data that I believed reliable, but that could be interpreted in different ways I was not sure of. So these I left out. It was also a question of space. For the dozen or so main characters, there were a dozen or so others I could have written about.

There are not many outright "heroes" depicted in Village of Secrets. Given the frightening wartime climate in a society that stopped making sense, that's probably not a surprise. But can you single out any person we can admire without reservation?

It goes back to my view of life being grey — but I admired Miss Maber without reservation, and certainly Daniel Curtet, the pastor at Faye le Froid who wrote of his rescue operations to his father using a code based on the Old Testament.

You're an expert on this time and place in history, and some of your work has overlapped with the world in Village of Secrets. What surprised you most after you sifted through the records this time? Did you have any preconceived notions that were dashed or altered?

I embarked on Village of Secrets because all the women I write about in A Train in Winter had left France by January 1943, and I wanted a story to take me through to the liberation of France in the summer of 1944. I also wanted a story in which, I believed, I would be writing about how well many of the French behaved. I suppose I hadn't really taken in the full extent of Vichy's collaboration with the Germans, or the atrocious conditions in the Vichy detention camps. That research fascinated — and appalled — me.

Can we learn any lessons from the people of Chambon?

I suppose that courage is a rare and wonderful thing and that many of the people in Plateau Vivarais-Lignon did not actually believe that they were doing anything other than their duty. Courage, then, and imagination and thinking of other people.

The Independent's David Stewart talks with the noted biographer of, among others, Joseph Pulitzer