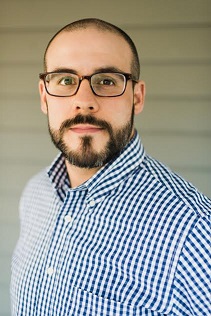 Derek Palacio's new novel, The Mortifications, is the piercing, astounding chronology of a family that flees Cuba in hopes of a better life. The story follows a young mother, Soledad, as she takes her two children against the will of her husband, Uxbal, a revolutionary opposed to the regime, and heads for Hartford, Connecticut.

There she carves out a new life for herself and starts a relationship with a tobacco farmer. And while Soledad hopes the chance to live in freedom will ensure the happiness of her twins, Isabel and Ulises, she soon realizes resentment is stirring within them, and that the island and the husband she abandoned will never really let her go.

What was the first story you ever wrote?

I would say that the very first piece I wrote that had any real success was called How to Shake the Other Man, which I believe I wrote while I was in my second semester working towards my graduate degree. I had just started reading about Reynaldo Arenas and wanted to write about Cuba and Cubans, which is something I hadn’t tried to do before. So I wrote a story about a couple of Cubans that arrive in New York, and one of them owns some coffee stands while being in a relationship with a male prostitute. That turned into a long novella that I was fortunate enough to publish a few years later.

You run a nonprofit creative-writing workshop for teenagers in Nevada, “the Mojave School.” How did that project start?

It was something I started with my wife, Claire Vaye Watkins, who is also a writer, a few years ago. We were both fortunate to teach at conferences for young writers, and mostly for high school students. Those were wonderful experiences, and the students really got a lot out of that. I remember my wife and I both lamenting that we never had an opportunity like that growing up. My wife, who grew up in Nevada, said that even if it had existed, she never would have been able to afford the cost of attending a creative writing program.

So then we started talking about how great [it would be] if someone were to put together a free creative writing camp for students and not have to worry about the cost. And then we thought, “We’re two writers and we could probably make that happen if we put our minds to it.” Following those discussions, we made some contacts in Pahrump, Nevada, where my wife grew up. It’s now been five years since we started the program, and we go back every summer, spend a week there, and offer daily workshops to high school students.

Has it become more difficult to run the program since the publication of The Mortifications?

A little bit. Last year was the first summer that we weren’t able to do it, and now we’re looking at a two-year model, because both my wife and I are published writers and have to travel for work. And we also have a kid now, which makes it more difficult. But we have no intention of stopping the program; we just want to make sure we have the time and space to do it well.

What inspired The Mortifications, both the novel and the title?

I grew up with the story of my father leaving Cuba at a very young age, only remembering the island in bits and pieces, having no actual memories of it, so I knew that my father had a homeland that he didn’t quite have a grasp of. Also I remember reading this novella by Roberto Bolaño called The Insufferable Gaucho about this old lawyer who, in his old age, decides to return to his ranch in the Argentinean Pampas. Most of this story is how he rediscovers that land, trying to remember how it was before it turned into ruins, which is the state he finds it in. This got me thinking about characters that have sort of a pull towards a landscape they don’t fully remember or don’t fully recognize anymore, and I wanted to try and write a story about that experience.

The title came once I finished the book. I was sort of looking back over it and thinking about what pushed the story forward. And really all the characters suffer from something through the body, or experience a conflict of being pulled in several directions within their body, such as the experiences lived by Isabel and Soledad. Those conflicts inspired the title.

Your novel is a glimpse into something that many Cubans hope will change now that Castro’s gone, which is the making of people who oppose the government into political prisoners. Do you believe that Cuba will eventually step away from the island portrayed in The Mortifications?

Yes, and many second-generation Cuban-Americans like myself really hope so. About a month ago, I made my first trip to Cuba, and it was very interesting because I was talking to people about the opening up of diplomatic relations between Cuba and the United States, which meant turning a very important corner. But the people I talked to pointed out that the mood is still very conflicting, and [they] very much still hold onto the revolutionary narratives. So I’m hopeful, but I hold a cautious optimism towards any change.

Soledad, the mother, is a complex character who never really shows her true feelings and intentions, particularly towards the husband she left behind in Cuba and the lover she has in Hartford. How does this ambiguity of not showing her real self affect her relationship with her children?

I think Soledad has a sort of blank space in her mind in regards to Cuba. And with Uxbal, her husband, they have towards the end a sort of reunion, which is not about apologizing or making amends, but instead they touch backwards toward that old memory of what Cuba used to be. I think that Soledad’s perspective is that she’s wrenched her children from the lives they had on the island and from their father, and this convinces her that she can’t make too many demands on them or burden Isabel and Ulises with anything, including her own feelings.

Which character was most challenging to write?

I think Isabel was the hardest for me because although I grew up Catholic and understand a lot of the strictures of her faith, some of the leaps of faith she makes and her experiences are well beyond my own experience with Catholicism. Trying to get that on the page and make it an experience that the reader could get into took a lot of drafts, thinking, and time.

What projects are you currently working on?

Actually, I have a couple of manuscripts right now and I’m also hoping to finish a short-story collection. For the near future, I have a new novel that I’m currently trying to get off the ground, as well.