The Mortifications: A Novel

The pull of family and Cuba loom large in this fascinating story reminiscent of Márquez. 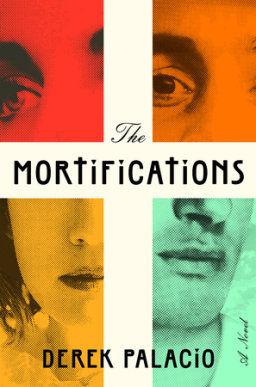 Derek Palacio may well be one of the best narrators to come out of the Americas since Gabriel García Márquez. Like One Hundred Years of Solitude, The Mortifications is a family saga that combines the uncanny with astute and accurate depictions of reality — with the difference that Palacio’s story always remains anchored in the realm of the possible.

Palacio produces no characters like García Márquez’s Remedios, who suddenly floats up to heaven as she hangs out the laundry. Members of Palacio’s Encarnación clan grapple with everyday issues in recognizable ways, yet possess a kind of otherworldliness — an amalgamation of the ordinary and the extraordinary, reminiscent of the best Latin American magical realism.

Between April 15 and October 31, 1980, thousands of Cubans departed for the United States from Mariel Harbor, a mass exodus that came to be known as the Mariel Boatlift. Uxbal Encarnación, a deeply religious political insurgent, insists on staying in Cuba in order to overthrow Castro. His wife, Soledad, the novel’s indomitable protagonist, holds a knife to their son, Ulises’, throat in order to force Uxbal to allow their daughter, Isabel, to emigrate with her and the boy — the first of many examples of Soledad’s toughness.

Instead of settling in the thriving Cuban community in Miami, Soledad heads north, to Hartford, Connecticut, where she gets a job as a court stenographer. Her children thrive at St. Brendan’s Catholic school, Ulises displaying an extraordinary aptitude for the classics and Isabel, steeped in her father’s religiosity, embracing the spiritual life.

While Ulises struggles with the frigid New England winters, Isabel adores the cold. One day while she is out skating, a child falls through the ice, and Isabel comforts him during his last moments. Feeling that she is called to serve the terminally ill, Isabel volunteers at the local hospital, but her presence at the bedside of the dying leads the townspeople to suspect her of murder. Finally, she joins a convent, takes a vow of silence, and trains to work with the hearing-impaired.

In the meantime, Soledad meets Henri Willems, a Dutch tobacco farmer, with whom she begins a lifelong affair. Although the steady, practical Willems seems completely distinct from the devout, idealistic Uxbal, he also has an otherworldly dimension. Willem’s grandfather had been a tobacco farmer in the West Indies, where he kept indentured servants to work the fields.

When cholera broke out among the workers, the Dutchman refused to take measures to protect them, and many died. Finally, the health inspector shut down the farms and burned the crops and the corpses. Willems’ father, Adlar, started his own tobacco company but made only cigarettes. “He said cigars were tainted,” explains Willems. “He said he had dreams, and in his dreams when he smoked cigars, the souls of the dead would seep out of them and haunt him.” The fear of ghosts haunts Willems, but he cannot share the magnitude of his terror with Soledad.

In spite of these problems, the family seems stable. Isabel visits periodically, communicating with Soledad only through writing. Ulises starts college and seems a normal young man. Willems and Ulises develop a close relationship, the younger man learning about tobacco farming and soon becoming an expert in different kinds of seeds.

Then, one day, a letter comes from Uxbal.

Until this moment, Cuba has been like a distant dream for Soledad. The letter constitutes an intrusion and a reminder of another reality: Soledad is still married, and her husband is alive back home. For a long while, the letter sits, untouched, on the kitchen table. Perhaps Willems’ curse has borne fruit or the God to whom Soledad has recently returned is punishing them, for Isabel abandons her mother to go work with hearing-impaired children in Central America, and Soledad is diagnosed with breast cancer.

The letter is the catalyst that draws them all back to the island. Isabel is the first to find her father, old and decrepit, living in the hills among desperate, failed counterrevolutionaries. Convinced that it is up to her to secure the next generation of Encarnacións, she makes a surprising decision to meet this responsibility. Ulises also finds his way back to the camp, and finally, even Soledad and Willems return.

The names in the narrative are key. Encarnación (Incarnation) suggests rebirth in both a religious and a material sense. Soledad (Solitude) encompasses the loneliness that menaces all the characters. Uxbal, a Mayan word meaning three, could refer both to the Trinity and Uxbal’s wife and children. Ulises connotes the traveler, and Isabel, like Saint Elizabeth, evokes sterility made fertile. Finally, Willems, from Old German, means “determined protector,” which captures perfectly the essence of Soledad’s lover. The breadth of themes and the use of names steeped in symbolism give The Mortifications a mythical aura as well as a sense of universality.

The “mortifications” of the title are the indignities that plague human existence — war, abandonment, isolation, fear. Yet Palacio also portrays the resilience that enables us to bear them. The battles between body and spirit, voice and silence, solitude and love that rage throughout the novel exhaust the characters, but never obliterate their determination to survive, to protect one another, and ultimately to return home.