Your search for a hair-raising read ends here! 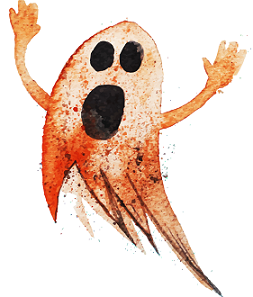 When it comes to scaring the bejesus out of us these days, fiction has nothing on real life. But it’s still fun to lose yourself in a spooky story or two during this season of ghouls, goblins, and all things pumpkin-spiced. Here are several to enjoy:


The Deep: A Novel by Alma Katsu (G.P. Putnam’s Sons). Reviewed by Bob Duffy. “This chilling tale of tragic death and spectral visitations bumps along behind the restless heartbeat of its plucky young heroine. Steeped in atmospherics and relentless foreboding, The Deep treads a bleak path between two maritime disasters from the second decade of the last century.”

The Boatman’s Daughter: A Novel by Andy Davidson (MCD x FSG Originals). Reviewed by Daniel Weaver. “Slowly, the horror arrives. Davidson never gives too much away too quickly, and rarely over-explains the magic on the bayou that his characters are aware of but barely understand. Of the two sorts of evil at play, the ‘natural’ evil of corrupt, violent, and misogynistic men is far less ambiguous than the powers of the witch and leshii, a spirit which the author perhaps drew from a myth involving a Slavic forest deity.”

Night Theater: A Novel by Vikram Paralkar (Catapult). Reviewed by Alice Stephens. “In Night Theater, physician writer Vikram Paralkar takes the notion of physician as god to a fantastical extreme with an eerie tale of a surgeon who agrees to operate on a family of corpses — father, heavily pregnant mother, and young son — who were murdered by bandits on their way home from a fair.”

Imaginary Friend: A Novel by Stephen Chbosky (Grand Central Publishing). Reviewed by Robert Allen Papinchak. "Chbosky hits the ground running in the first chapter, and the tension continues to soar as peculiar incidents begin to occur. Everything changes for everyone. Christopher develops a superpower that allows him to hear other people’s thoughts. Kate discovers a connection between the long-missing David and one of the residents of the nursing home. The sheriff is haunted by the cold case of another vanished child even as he tries to unravel the truth about what happened to Christopher. The whole town begins to suffer mysterious illnesses."

Night-Gaunts and Other Tales of Suspense by Joyce Carol Oates (The Mysterious Press). Reviewed by Jennifer Bort Yacovissi. “Nonetheless, the stories here are appropriately disturbing. The nightmares that Oates conjures are generally grounded in the ugliness of daily life, of the situations beyond our volition that drive us to the edge of reason. In particular, ‘The Experimental Subject,’ which is the longest of the tales, is most effective precisely for its groundedness, its observance of the quotidian details that make its horror plausible.”

The Cabin at the End of the World: A Novel by Paul Tremblay (William Morrow). Reviewed by Michael Landweber. “Andrew thinks he recognizes one of the intruders from a violent incident in his past, suggesting this whole episode is driven by homophobia, but Eric has trouble seeing the resemblance. At another time, Eric sees a ghostly figure in the room, but it might just be a symptom of the concussion he suffered during an altercation with the intruders. The world around the cabin steadily darkens: Are these normal storm clouds or the first sign of the apocalypse?”

Ararat: A Novel by Christopher Golden (St. Martin’s Press). Reviewed by Holly Smith. “What happens when a Christian, a Jew, a Muslim, and an atheist walk into what may be the wreckage of Noah’s Ark and discover a demon-like skeleton there? The answer: Nothing good. And that’s the beauty of Christopher Golden’s Ararat. It’s a horror novel, plain and simple. So if you’re looking for something else, well, to hell with you. Literally.”

NOS4A2: A Novel by Joe Hill (William Morrow). Reviewed by Ruth Tillman. “Hill delivers a story even more intense and complex than his first two novels, Heart-Shaped Box and Horns. Some elements of the horror are low-key and pervasive threads woven into the novel, such as the twisted ways in which Christmas haunts the characters. At other times, it is gut-twisting and in your face, with gore and sexual violence.”

6 Fall Books to Fall Into