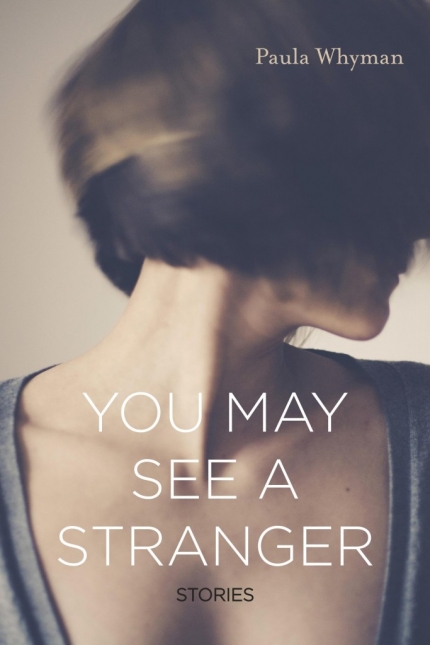 “It was resolution I wanted, the kind only possible in stories,” Miranda Weber thinks as she ponders her dissatisfying marriage. After navigating years of dysphoria, Miranda looks back on the decades that carried her from adolescence to middle-aged adulthood.

In her debut collection of short stories, You May See a Stranger, Maryland-based writer Paula Whyman chronicles Miranda’s exploits and authentically captures Washington, DC, in the 1980s-1990s. Her seamless references to K Street, the District’s traffic circles, and Marion Barry’s tenure as mayor, as well as “Flashdance,” “Karma Chameleon,” and Depeche Mode, will resonate with Gen-Xers.

Readers first meet Miranda when she attends driver’s ed with a host of teenage characters reminiscent of “The Breakfast Club.” Here, she experiences her sexual awakening and begins to shed her youthful naiveté about men, race, and conflict. Further, she comes to terms with the fate of her intellectually disabled older sister, Donna, and accepts the idea of caring for Donna for the rest of her life after her parents have passed.

Following a string of reckless behaviors and torrid encounters with men, Miranda lands herself in a gulf of self-destruction — careless, barely working, miserable, and with a broken VCR as her prize possession. Riddled with flaws, yet sharp and endearing, Miranda is a relatable character.

“He was a Vietnam vet and lived in an English basement where he repaired electronics for people. I met him when I brought my VCR to be fixed…He’d open the front door, you’d step into the hall and hand him whatever was broken…My VCR was jammed; there was a tape stuck inside that wouldn’t eject. Fatal Attraction. I’d tried to extract it myself first. There’s something I loved about the process of taking things apart and examining their innards.”

As Whyman leads us on a journey to examine the innards of Miranda’s life, she doesn’t shy away from gritty elements such as drug usage, abortion, depression, and overall relationship dysfunction, while infusing the narrative with moments of comic relief. She also demonstrates a clever use of phrasing.

In describing a trip in and out of a seedy part of DC to facilitate a crack deal, for instance, she has Miranda narrate, “I was silent, but tears were going down my face…Spencer tilted his head back and closed his eyes, breathed in and out too quickly, smoked some more. I followed his whispered directions to the good part of town, where the people were skinny on purpose.”

Although Whyman's word choices are intriguing, her pacing and choppy sentences make for jagged prose at times. “There was a tapping at the door. Dr. G opened it a crack”; “Cheever is Pogo’s younger brother. Their father’s name is on a plaque somewhere in the building.” The volume of short sentences throughout the book disrupts narration that could potentially have better flow.

Additionally, the use of tenses is distracting. The fabric of this narrative comprises 10 chronological short stories about Miranda that function like sequential novel chapters. It seems logical that the stories taking place in Miranda’s past would be in past tense. However, Whyman switches back and forth — from present to past — both between stories and within them. The first story in You May See a Stranger appears in past tense, the next two in present; the book returns to past tense for the next two stories, and so on. It’s a bit jarring.

Further, while nearly the entire book is written in Miranda’s first-person point of view, two stories near the end switch to third person, leaving the reader unsure of what’s happening. Adding to the confusion, the characters in these sections have names like “the mother,” “the father,” “the boy,” and “the girl.” The collection would’ve been stronger with two more Miranda-narrated vignettes instead.

With its steady evoking of a specific place, time, and culture, You May See a Stranger reads a little like Candace Bushnell’s Sex and the City. A good deal of prose in Whyman’s book will make you want to queue up Journey’s “Don’t Stop Believin’” in iTunes and pretend you’re air-guitar jamming to your Walkman or dancing in your leg warmers and off-the-shoulder sweatshirt. And that’s not a bad thing.

[Editor’s note: Paula Whyman will read from You May See a Stranger at Politics and Prose in Washington, DC, this Saturday, June 4, at 6 p.m. Click here for more info.]

Halima Aziza is a writer and educator with a passion for travel, hot tea, and a good laugh. She lives with her husband and three children in the Washington, DC, area.