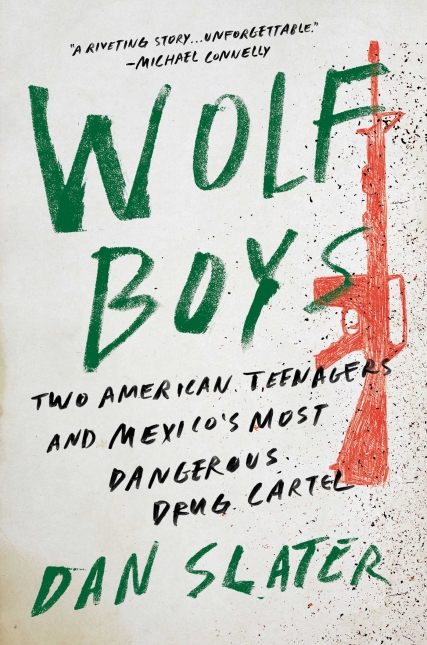 In our national conversation about the flow of illegal commodities across the U.S.-Mexican border, we usually overlook the fact that it has always been a two-way street.

In the early 20th century, American vice tourists crossed the border to the brothels of Mexicali, and opium poppies from Mexico supplied opium dens in Chinatowns throughout the West. By mid-century, American adolescents looking for heroin visited “injection specialists” in Tijuana, and barbiturates from American pharmaceutical companies found a market in Mexico.

Currently, while we fulminate about undocumented workers, black tar heroin has inundated our heartland, and marijuana and cocaine flow north. All the while, we ignore the caches of automatic weapons and stolen cars headed south. Cash also flows both ways, with money laundered by U.S. banks (such as Wachovia, which paid a $160 million fine on an estimated $420 billion in transactions) returning to fuel the murderous drug wars that have taken an estimated 164,000 lives in Mexico between 2007 and 2014.

If Dan Slater’s account of cross-border transactions and violence is not entirely new, he gives it an intimately human face. Gabriel Cardona, his friend Bart Reta, and the other “wolf boys” grew up in families in Laredo neighborhoods where smuggling drugs, guns, and people were already established occupations and sources of money and status.

The Mexican cartel wars change everything on both sides of the border. La Compania, or “the company,” as the Zeta-Gulf Cartel alliance was called, offered an organized, bureaucratized, and steady form of employment far different from the traditional illegal enterprises found in the borderlands: weekly salaries, bonuses for successful missions, healthcare from physicians in company hospitals, and paid vacations — everything except 401(k)s — with death benefits paid to “soldiers’” families.

In Wolf Boys, we learn about the Zetas, who provided security services for the Gulf Cartel (before breaking off on their own). Their military training came courtesy of the U.S. Army at Fort Bragg, where the men were honed into a special-forces branch of the Mexican military.

Some of these forces defected to the Gulf Cartel and ran training camps in rural Mexico for new recruits, such as Gabriel Cardona. Young men learned tactics, combat maneuvers, communications, and weapons use before engaging in live-fire exercises using captives from rival cartels or those simply unlucky enough to fall into the Zetas’ hands.

Killing prisoners separated los frios, the cold ones, who would go on to become the company’s assassins, from those who could not stomach the killing and who would hold lookout and other non-combat posts. Gabriel was a cold one, or so we’re told.

It is a tribute to Slater that he can make us see Gabriel more like a child soldier caught in a military conflict than as a monstrous killer. We follow Gabriel as older men with power and wealth seduce him into thinking that his rise in the organization is possible as long as he follows orders. Drugs, women, cars, and designer clothing are distributed liberally to the teenagers, who swagger around the Mexican club scene, drawing the envious attention of others. But something more than power, ambition, and materialism drives them. More than being inured to killing, they come to enjoy it.

But perhaps not Gabriel, at least not completely. He is constantly high on “roches” (rohypnol), the “date rape” drug that causes intoxication and amnesia, often taking 10 pills a day when on missions, steeling himself for what is to come. And he is possessed of an unusual introspection, enabling him to articulate his motivations and desires to an Anglo writer.

Gabriel’s story is paired with that of Robert Garcia, a Mexican-born Laredo homicide detective. Garcia arrived in the U.S. when his undocumented father qualified for green cards for his family. The immigrant Garcia enlists in the U.S. military, becomes a citizen, and joins the Laredo Police Department. After a stint with the Drug Enforcement Administration, Garcia returns to Laredo as a disillusioned drug warrior who hopes his assignment to homicide will take him away from the drug world. Instead, his investigations lead him right into its dark heart.

The criminal-justice systems of both countries abet violence, sometimes directly. Zeta hit teams move back and forth across the border — after an arrest, Gabriel tells Garcia about murders in Mexico that he can’t be tried for — and an ineffectual, sometimes corrupt American criminal-justice system allows Gabriel and his partners to be constantly bailed out. The Laredo police chief pleads guilty for taking cash from the Mexican Mafia to ignore their money laundering; in Mexico, police teams block off streets near a restaurant so that Zeta assassins can enter and kill their targets.

While we know where all of this will end, Slater tells a skillful tale drawing Cardona and Garcia’s lives together, while bringing readers deeply into both sides of a borderland shaped by corruption and greed. Neither Gabriel Cardona nor Robert Garcia are pawns, but their choices are constrained by a world not entirely of their own making. Slater’s triumph is in making us see that.

Eric Schneider is an historian at the University of Pennsylvania. His most recent book is Smack: Heroin and the American City, and he is now writing a history of murder and race in Philadelphia.