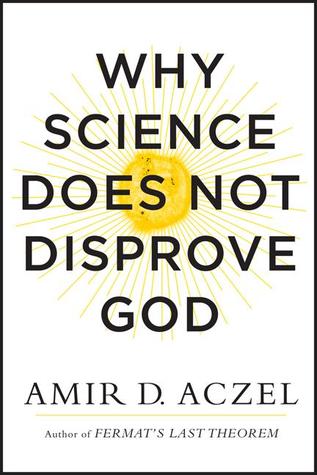 Amir Aczel celebrates the achievements of science. A well-known writer on scientific subjects, Aczel in no way denigrates scientists’ work when he argues that modern science has not disproved the existence of God. “The purpose of this book,” he says, “is to defend the integrity of science.”

His decision to write the book came when he participated in a 2010 debate about science and religion, in which evolutionary biologist and atheist Richard Dawkins “argued that our understanding of physics is the new major source of proof that any assumption of a ‘creator’ is unnecessary.” Dawkins belongs to a group known as New Atheists, along with physicist Lawrence Krauss, the late political and social commentator Christopher Hitchens, neuroscientist Sam Harris, and philosopher Daniel Dennett.

Aczel argues that these New Atheists undermine the integrity of science by making unsubstantiated claims for it. Rather than viewing science in its true nature — the objective pursuit of knowledge about the universe — they write about “science with a purpose: the purpose of disproving the existence of God.”

Why Science Does Not Disprove God offers the reader a short history of science, focusing on 20th-century accomplishments. Within this history, Aczel shows how the New Atheists have misused and overstated scientific knowledge.

Twentieth-century advances in paleontology and physical anthropology, for example, have helped us understand how the human species evolved over millions of years. Aczel notes, however, that these advances do not explain the emergence of consciousness: “When did consciousness arise, of the kind we humans have? Where is the invisible boundary in evolution at which an animal-like creature becomes humanlike? We have hardly any answers to these questions.” Richard Dawkins, however, insists that there is a gradual continuity in biological evolution. Dawkins skirts the main issue, according to Aczel. Evolutionary theory cannot show the point on any such continuous evolutionary scale at which human consciousness arises.

Dawkins claimed in the 2010 debate that the universe came about without a creator. Lawrence Krauss wrote a book to prove this claim, A Universe from Nothing: Why There is Something Rather than Nothing. Krauss used a paper by physicist Alexander Vilenkin that traces the origin of our universe to a point with no space-time. Aczel explains to the reader that Krauss misused this scientific paper. Vilenkin’s point of “nothingness,” Aczel says, is not absolute nothingness but is “embedded in a preexisting medium: the quantum foam that existed before the creation of our universe.” The quantum foam is not a “nothing” but a “something,” and the question of how the universe was created remains unanswered. Aczel calls Krauss’ universe out of nothing “a figment of the imagination.”

The New Atheists’ hubris goes beyond misstatements of scientific conclusions. They assume, Aczel writes, that science can explain the unexplainable. “Science has severe limitations when it comes to determining the existence of God…there are always facts within any mathematical structure that will remain forever outside our understanding.”

In a chapter titled “Engaging the Infinite,” Aczel tells how mathematicians have investigated the concept of infinity. The “continuum hypothesis” attempted to understand space and its infinitely many points, but logician Kurt Godel demonstrated mathematically that it is impossible to prove or disprove this hypothesis. Moreover, Godel’s work showed mathematically that “some truths about infinity can never be known to us.” Aczel, himself a mathematician, emphasizes that this is not a hypothesis but a proven statement, accepted as true by all mathematicians.

Why Science Does Not Disprove God contains a bibliography, notes with sources for the quotations, and a list of 35 authorities interviewed by the author. The list includes many scientists, plus a few theologians. Aczel writes little in the book about religion, but he emphasizes that he respects faith and considers both spirituality and science to be integral parts of the search for truth and meaning.

In the concluding chapter, Aczel reminds readers that his purpose was not to prove the existence of God, but to argue that science has not disproved God’s existence. Science has not answered the New Atheists’ question, “If God made the universe, who made God?” Not being able to answer that question does not prove that God does not exist. Instead, it may mean that the question of who “created God” is outside the capacity of science and mathematics to answer. “We do know that the universe did not come out of the void all by itself: something preceded the Big Bang, and that “something” is unreachable to our science and may well remain so forever.”

Aczel wants to caution all who, like the New Atheists, would pursue the truth by “zealous agenda.” Real science, he asserts, does not engage in righteous attacks. Real science does not overreach. And real science needs no false claims made on its behalf as it works to illuminate the mysteries of our world.

Ann White is the retired chairwoman of the history department of the Edmund Burke School in Washington, DC. She holds a Ph.D. in Far Eastern history from the University of Pennsylvania.