We, the Survivors: A Novel

A third-world tale starkly relevant to our own plight today. 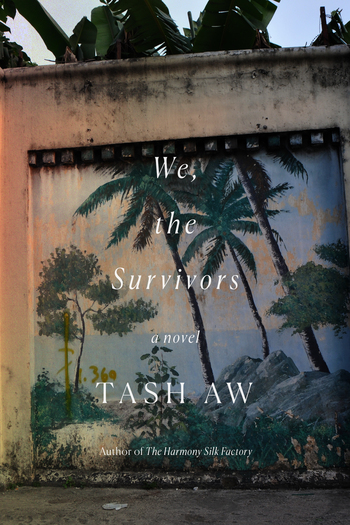 We, the Survivors unfolds in a dispiriting Southeast Asian realm where social inequities and environmental woes assail the rural poor like a persistent contagion.

Protagonist-narrator Ah Hok, born into poverty, has clambered up to a seemingly secure rung on the social ladder, only to stumble amid a cascade of largely circumstantial misfortunes. At the end of this compelling novel, he has lost it all ⸺ his job, his marriage, his future.

We’re squarely within the precincts of irony here, and there’s no need to flag the foregoing paragraph with a spoiler alert. We know from the top how Ah Hok ends up. He tells us outright, telegraphing the climax in the novel’s frame narrative, wherein he shares his life story with an interviewer working on a grad-school thesis.

Ah Hok’s story winds through an unnerving sequence of disastrous and unwished-for reversals of fortune, including a stint in prison. His deadpan recital is honest and recounted without rancor. At the same time, it’s vividly evocative, and we invest wholeheartedly not just in the momentum of the tale, but in the ill-fated teller, as well.

That’s to the credit of author Tash Aw, a Malaysian expat writing in English. In We, the Survivors, his fourth novel, he indicts the inbred order of his birthplace, giving us a compelling social-problem novel in the naturalistic tradition.

But as his book takes aim at the rampant dislocations that class exploitation has wrought on Malaysian society, he also gives us a lead character whom we like and want to believe in, even as we perceive his self-delusion.

Born one notch above the foreign migrants, mostly Bangladeshi, who do the really taxing jobs, Ah Hok drifts from one menial job to the next. When his mother bootstraps a farm plot on the coast, he goes to work for her. Then the ocean spills over and destroys the farm. His mother dies.

Through a fortuitous connection, he comes to manage a fish farm for a largely absentee owner. But then cholera ravages his crew, and, without a labor force, he can’t sustain the daily maintenance necessary to keep his fish alive.

Accompanied by his childhood friend Keong, now an unsavory thug and “fixer,” he undertakes a search for new workers ⸺ each lead at first promising, then fruitless. As the fish farm slides into entropic disaster, the pair probe the lower depths of the labor force through a chain of decrepit encampments and corrupt middlemen. Ultimately, they stumble into a violent encounter that lands Ah Hok in prison.

This quest narrative is familiar from older models, but here it’s drenched in irony. As Ah Hok’s search for a new brace of immigrant workers descends into Malaysian society’s darkest corners, his urgent belief in his desperate mission, not to mention his reliance on his lowlife companion, seems never to falter. Ah Hok, we realize, has become a complicit exploiter himself, albeit a small-scale one.

Yet we can’t bring ourselves to dislike or even pity him.

Early on, he’s told his interviewer about his personal motivation: a received can-do spirit that, at first blush, seems admirable:

“The sense of a whole universe of ease and satisfaction existing just beyond the horizon of the world I was living in. All I had to do was push beyond a silky-thin membrane and I’d be there, part of a world where comfort produced greater comfort, day after day for years without end. The thought that all that was almost within my grasp made whatever job I was working at meaningless — all that mattered was what came next.”

In retrospect, it comes across as foolishly deluded, the driving self-deception in his climb and fall (and perhaps in his nation’s ills, as well).

At the end of We, the Survivors, there’s a culminating irony. Ah Hok’s interviewer has abandoned her thesis, turning Ah Hok’s story into a highly anticipated novel. And he’s turned down any share in its profits.

As Ah Hok leaves the book’s launch party, mildly resigned to the realization that he doesn’t quite fit in with the urbane publishing crowd, we, the readers, trudge onward with him, clinging to our unshakeable empathy, our complicity.

That’s the deeply troubling and wondrous distinction in this richly rewarding novel.