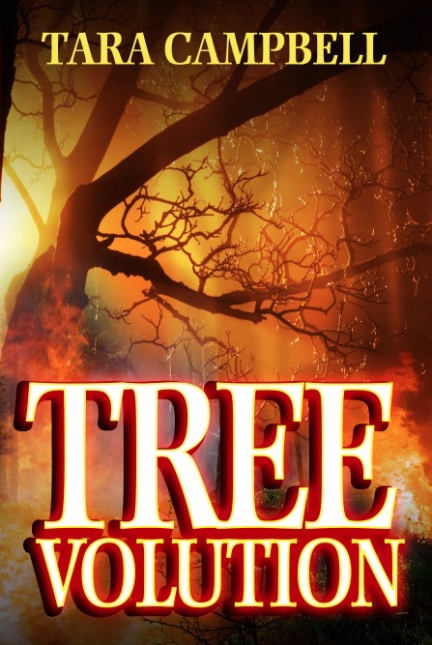 TreeVolution is a refreshing, light read that doesn’t take itself too seriously. It’s also an intriguing take on the usurpation-of-humanity plot that doesn’t see animals or aliens subjugating or destroying the human race. Instead, the culprit is something you probably wouldn’t expect: trees.

It’s a bit hokey here, a bit suspenseful there, and always outrageous. For the most part, TreeVolution knows the kind of story it is: silly. TreeVolution is the kind of book you read quickly to get your kicks out of what happens next. How do things get crazier than trees pelting people with acorns? What could the Department of Defense possibly be doing with talking trees? Well, that’s what you read to find out.

As for the characters’ personal struggles, there is one main thread for each main character. The first point of view introduced is that of Charlie, a Native American who has returned to his tribal home while recovering from a break-up. The next one is Tamia, an African-American government employee recently out of college who struggles with racism as she follows the threads of conspiracy. Lastly, there is Ricky, a young video-gamer who quickly makes a mission of becoming Lord of the Trees, so to speak.

The last thing you want to do is to miss the forest for the trees. My lack of restraint aside, I mean to say that if you start looking at specifics and taking the story seriously, the book suddenly becomes a maddening conspiracy-fueled ride to each tortuous, genocidal, and repetitive sequence. The premise remains ridiculous, but it becomes much darker and much more graphic.

For instance, as the story seems to draw the trees in with parallel humans — humanizing the trees — there is a labored torture sequence where a scientist drills a hole into a tree to extract information, and the tree pleads with him to stop and outright cries in agony.

This disturbing undercurrent is only brought to the surface when characters go through explaining various scientific facts about plants. While I applaud the author for her research, the way in which the clinical aspects are thrown in feel a bit forced.

Similar issues are sprinkled throughout the text, like the various racial commentaries which are set up to make points but go nowhere. Philosophical arguments and quasi-revelations are also blatantly brought up, but they are just there, not explored in any depth. Like an American-flag toothpick sticking out of your deli sandwich, these decorative items do nothing more than present a choking hazard.

And this is the kind of stuff you begin to see if you start staring at the trees. If you can stay gazing on the forest as a whole, though, the parallels and implications will be easy to pass over. Just don’t think about it and you’ll have a lot of fun.

I expected the narrative to get preachy, but the story doesn’t have any of that, strictly speaking. Loosely speaking, the fourth wall is fractured sometimes on the subjects noted above. But TreeVolution is no call to action, by any measure, for those of you concerned.

For me, it was one of the quirkiest books I’ve read in a while. The stuff author Tara Campbell came up with was nothing short of crazy, and it was lovely to see someone apply their imagination. I just wish there were more scenes where this imagination were applied, and that the story was able to keep escalating the craziness until its grand finale, which was anticlimactic.

You won’t particularly care about the characters, as they are there to get you to the next jaw-dropping incident. But even with the main villainy directed at a corporation called ArboTech (through a tree conspiracy), you’ll still be surprised by how wild the story gets as it threatens to consume itself in a forest fire.

TreeVolution is an absurd novel, perhaps of more appeal to a younger audience. Though the story is jolted with the odd political, ethnical, and environmental statements, it’s a book that’s meant to be read fast and for fun.

Jeffrey Krizman is a senior at Emerson College completing a BFA in writing, literature, and publishing. He is a regular contributor to the Washington Independent Review of Books, particularly in the science-fiction and fantasy genres. He is also working on his first novel.

The author defies conventions of genre fiction in this story about life in a blue-collar Brooklyn community following the tragic loss of a teenage resident.