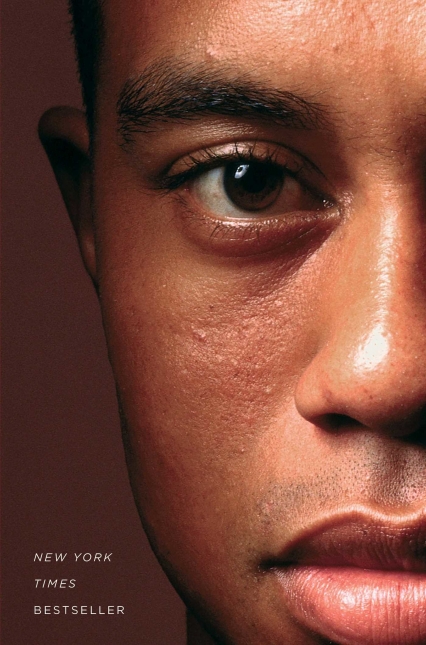 Any teacher or coach who’s dealt with a problem child — which is to say all of them — will tell you that once you meet the parents, you understand why the kid’s the way he is.

That’s the dark thread running through Tiger Woods, the exhaustively researched saga of the meteoric rise and Shakespearean fall from grace of the greatest golfer of our time.

As sure as Japanese Tajima-gyu cattle are nurtured with the sole goal of turning them into somebody’s very expensive steak, young Woods is raised by his ex-Green Beret father and tiger mother to be a once-in-a-generation golfer.

Long before he gets around to rattling change in the middle of Tiger’s backswing or calling him names to toughen his psyche, Earl Woods, an attention-hungry blowhard and relentless womanizer, sits his infant son in the garage to watch daddy pound golf balls by the hour, presumably imprinting the mechanics of the golf swing onto the toddler’s subconscious. His wife, Tida, cautions the teenage Tiger to always go for the throat. “Because if all friendly, they come back and beat your ass.”

Small surprise, then, that loyalty on Team Tiger is strictly a one-way street. Anything — or anybody — who doesn’t serve the cause is dispensable, starting with Tiger’s high school girlfriend, dismissed with an impersonal note — presumably instigated by Earl and Tida — informing her that Tiger won’t be seeing her again.

For a long time, that take-no-prisoners approach works wonders on the golf course. A three-time U.S. Amateur champ, Woods is the winner of 14 major championships, second only to Jack Nicklaus’ 18, and 79 tour trophies. His intimidating presence is enough to shake would-be challengers out of their rubber spikes.

All it costs him is his soul.

The golfer who can hit a ball, on cue, 250 yards through an open, three-foot-wide gate, is an awkward introvert in the company of strangers, uncomfortable anywhere but on the course or the driving range. Socially and emotionally stunted, he seems incapable of feeling empathy, expressing gratitude, or offering even the blandest of apologies.

By now, you may have figured out this isn’t a feelgood story, or even a golf story. The grown-up Tiger is a serial philanderer, like his father, unfaithful even to women he loves. And like his mother, he can hold a grudge.

Agents, caddies, coaches, and friends are cast aside without so much as a goodbye or thank you. Most of it takes place out of the public eye, and some of the injured parties, like Masters champion Mark O’Meara, a friend to Woods in the worst of times, cut him considerable slack.

“Sooner or later,” O’Meara says, “you have to be a human being.”

The injuries — the torque of all those 300-yard drives and miracle shots from the rough — eventually wreak havoc with Woods’ back, requiring multiple surgeries and long layoffs. The public scandal comes later.

The stuff hits the fan when Tiger’s wife and mother of his two children, Elin Nordegren, finds an incriminating text on his phone, calls the number, and has her worst fears confirmed. Drugged up on Ambien, Wood famously tries to flee in the family Escalade — with Elin (wielding a 3-wood) in hot pursuit — only to jump a curb, collide with a fire hydrant, and plow into a tree in the next-door neighbor’s yard.

The tabloids take it from there, exposing Tiger’s dalliances with a long list of acquaintances, strippers, club girls, Waffle House waitresses, and the girl next door.

Yes, he can’t help hitting on his neighbor’s college-age daughter.

In the authors’ telling, the sex is more depressing than titillating. And because Benedict and Keteyian have so painstakingly laid the groundwork — or because we already know how this part of the story ends — there’s a feeling of inevitability to it all.

For a guy who’s become ruthlessly expert at compartmentalizing — Woods played some of his best golf while his private life was spiraling out of control — the public embarrassment only gets worse.

Trundled off to Hattiesburg, Mississippi, for treatment of sex addiction, the man trained from birth to give up nothing of himself is forced to confess his sins in detail, first to his doctors, then to strangers in group-therapy sessions, and finally to his wife, and, in an excruciating 13-minute televised ordeal, to his public. Thirty million people tune in to watch.

And the hits keep on coming.

One comeback after another ends in pain and frustration, Tiger’s aura of invincibility a distant memory. A month after yet another back surgery (his fourth), he’s arrested for driving while impaired when Florida police find him asleep at the wheel of his still-in-gear Mercedes after having ingested a cocktail of pain, anxiety, and sleep medications.

But as unsparing as they are in chronicling their flawed hero’s shortcomings and peccadillos, Benedict and Keteyian spend the final pages of Tiger Woods looking for signs of redemption — or, at the very least, a path to more trophies — in recent glimpses of a new (or newly chastened) Tiger who smiles more often and no longer cows would-be rivals and sportswriters with the death stare he learned as a teenager.

True enough, after all the years of leading a double life and playing in pain, he has a new spine-friendly swing, along with a new support team. But as Butch Harmon warned Hank Haney all those years ago, before the rest of us got to see what was going on behind the curtain, it’s a hard team to be on.

Hardest of all, you think, for the guy who has to be Tiger Woods.

Jay Price, a longtime columnist at the Staten Island Advance and feature writer for Sport, is the author of Thanksgiving 1959. He lives and coaches high school football in Manasquan, New Jersey.

A fascinating look at the postwar diaspora in which millions of displaced persons were resettled.