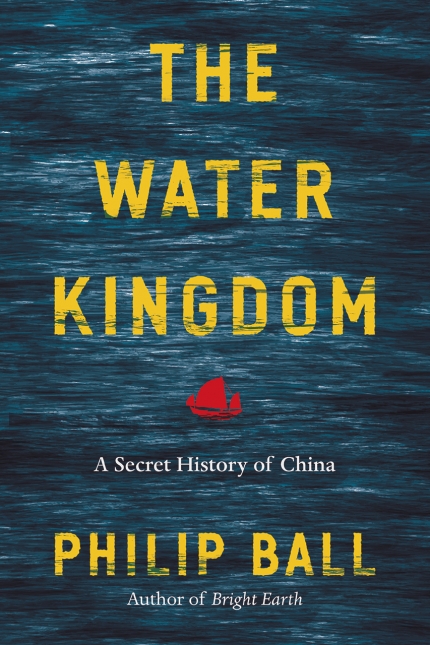 Science writer Philip Ball puts water at the center of Chinese society in The Water Kingdom, arguing that it constitutes China’s “secret history.” With greater focus on early eras, and less emphasis on the contemporary period, he nevertheless organizes China’s past and present around the theme of water.

This is not just a straightforward history of how the Chinese state managed water resources. Instead, water is approached from both a material and metaphorical stance in this well-written and detailed book. In Ball’s hands, the water theme is beautifully deployed; however, the metaphor is strained as a paradigm for understanding Chinese history.

The book’s chapters generally proceed chronologically, though they often retrace previously discussed periods in order to develop new themes. After a broad introduction to China’s river system — and the country’s uneven north-south water endowments — chapters two through four look at the relationship between the control of water and the development of the Chinese state. Ball commendably points out that the conventional story of Chinese civilization’s birth in the Yellow River Basin and then expansion to cover the country as a whole is a myth.

Rather, the early history of human society on mainland East Asia was one of multiple and diverse cultures emerging simultaneously, many showing little evidence that their states formed around the control of water. (To be consistent, here, Ball should really translate zhongguo as “central states,” not the anachronism “the Middle Kingdom.”)

Nonetheless, water was as central to early statecraft thinking as it was to early Chinese mythology. Ball’s reading, in chapter three, of Confucianism and Daoism around two different types of river control is enlightening if somewhat overdetermined.

Confucianism is understood in this frame as forcing the direction of a river with hydraulic engineering, whereas a Daoist hydraulic engineer would work with a river’s own force to maintain the waterway. In chapter four, Ball equivocates somewhat on whether the Chinese state should be considered a hydraulic state — an authoritarian state that formed around the control of rivers.

While he rightly says that Karl Wittfogel’s 1950s anti-Communist argument of “Oriental despotism” is largely discredited today, in some equivocation, Ball seems to want to maintain the foundation of the argument. These early chapters trace and retrace the same chronology of the rise of the Chinese state and the early imperial system.

Jumping ahead in time, chapter five centers around the early 15th-century voyages of Admiral Zheng He. While nuanced and well told, the story sits rather uncomfortably alongside the water metaphor that Ball develops in the rest of the book, with its attention to oceans instead of rivers.

Chapter six returns to the hydraulic state, this time focusing on the last two imperial dynasties, the Ming and the Qing. This is one of the best chapters in the book, providing detailed stories of the state’s efforts to control the rivers until their management disintegrated in the mid-19th century. As river administration faltered, flooding and silting made the Grand Canal, which brought grain north to the capital, unusable, and the imperial state increasingly became incoherent.

The book then moves on to discuss the use of rivers in warfare, damming rivers in the 20th century, and water imagery in poetry and art. The chapters on warfare and art break with the general chronological organization of the book, and they are less compelling than others, pointing to the difficulty of constructing a narrative and argument around a metaphor.

Still, the stories of armies breaking the dykes as a military weapon are horrific and startling. This was done along the Yellow River in 1642 as the Manchus invaded, killing hundreds of thousands. Likewise, the river’s dykes were again destroyed in 1938, this time by Chiang Kai-shek’s Nationalists to stop the Japanese invasion, only slowing the Japanese but killing at least a half-million Chinese and shifting the mouth of the river hundreds of miles south.

The chapter on dam building does a great job of illustrating the continuity across the 1949 divide, when the Communist Party took power in China. Damming rivers remained a vision of modernity for both Nationalists and Communists. It was, of course, the socialist state and its developmental regime that finally had the power to dam China’s rivers — building something like 80,000 dams in the 40 years from taking power — and they continue today, most famously, and controversially, with the Three Gorges Dam project.

Although there are many other harrowing stories, perhaps least known is the failure of the Banqiao Dam in 1975, which killed tens of thousands. But damming rivers has not exhausted China’s attempt to transform its water environment. The largest project still under construction is the South North Water Transfer Project, which — if fully completed — will entail three canals from the wet South to the dry North.

Grand visions still rule, both feeding China’s economic growth and transforming its environment. And these contemporary resonances of the long history Ball retraces make this book important and worthwhile, despite the limits of its organizing metaphor.

Alexander F. Day is an associate professor of history teaching about China at Occidental College. A historian of Chinese agriculture and the peasant, he is author of The Peasant in Postsocialist China: History, Politics, and Capitalism (Cambridge University Press, 2013).

A timely look at the roots of national unity as revolution percolates in the Middle East.