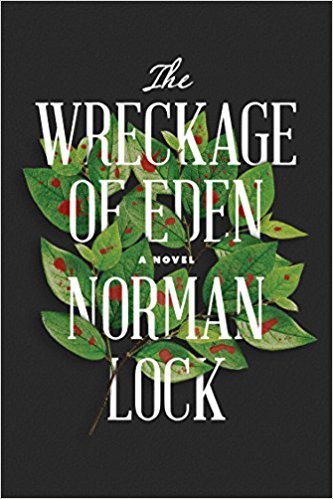 When Lutheran Minister Robert Winter meets young Emily Dickinson at her botany lesson, he is instantly smitten. Later, he woos her and asks if she might like to leave Amherst and travel with him across the country. She replies that she is happier to comply with her father’s wishes that she never marry.

“I fear my muse would balk,” she says.

So, Winter falls into a long fascination and correspondence with her. While he might have chosen to settle in New England and make a comfortable living there, he instead pursues his career as an Army chaplain, traveling across the continent from one conflict to the next.

Winter is drawn to Dickinson’s vivacity and sharp mind. Also, neither of them believes in God or salvation. Furthermore, he is boyish and naïve, and finds it hard when hearing their confessions to connect with military men who “had lived meanly and violently.”

While Winter is careful not to offend her sensibilities, he writes to Dickinson about the Mexican War, the Mormon Rebellion, and the Raid on Harpers Ferry. Over time, he loses all conviction in the righteousness of his country.

With his choice of a morally conflicted protagonist, author Norman Lock puts us smack-dab into the center of ambivalence. We see history in the making before the winners and zealots have written the story. In the words of another poet, W.B. Yeats, we realize that “the best lack all conviction while the worst are full of passionate intensity.”

Only, is Robert Winter one of the best? Early in the novel, Emily calls him good, “for I think it is only good men who cannot make up their minds.” Later, she seems to question this assessment. She asks him one favor — that he hear her confession — and Winter refuses, afraid of secrets he might not want to know.

“Are you a man of little faith,” she asks, “or is it merely that you are a little man?”

It’s a poignant question. After all, can a man be good if he lacks moral courage? With each atrocity he witnesses, Winter emerges less principled and less sure. He writes that Mexico is wasted on the Mexicans. “It is a paradise, the lost Eden, from which our race was cast out and to which we are fated by blood and nationhood to return.” He also predicts a wall which will keep the Mexicans out.

Later, he writes that he will not pray with the Indians. “The deities to whom they prayed should look after the red men and their souls, if they had any.” And when it comes to Harpers Ferry, he wonders if the uprising is a step toward emancipation or a misstep into war.

Winter is a character preoccupied with and paralyzed by his lack of moral agency. As the novel progresses, his ministry reduces to ceremony. He delivers sermons “without feeling their significance.” And with no spiritual conviction, he can’t help those in extremity.

But it’s hard to feel that much is at stake when your protagonist doesn’t believe in anything. Will he try to win the girl? It seems he lost her from the start. Will his dislike of war propel him into another course of action? Since he is ambivalent, so are we.

Also, for all the letters that pass between them, Winter doesn’t get Dickinson’s poetry. The closest he comes to voicing admiration for her writing is when he remarks that “At some point in its history we cannot tell if a house is being built or torn down. Rubble, possibly, is all of which we can be certain […]. Your poems are sieves that catch at least something of the wreckage.”

It is known that Dickinson shared her poetry with many correspondents, although only a handful were published in her lifetime. Winter is familiar with her verses, so we must imagine that she sends them along. But how can he be enchanted by her mind while not appreciating her finest work? “Frankly your verses vex me,” he tells her at one point. “A rubble of broken sentences, petty fragments.”

All of which is to say that although the writing in this novel is beautiful and the story has verisimilitude, Lock has set himself an impossible task. It’s hard, unless you are Emily Dickinson herself, to make moral ambiguity sing.

“One day,” says Winter, “the world will be incinerated by zealotry.” And he’s probably right. Except most literature is enlivened by passion of some sort, or at least by some impetus driving the narrative forward.

Which isn’t to say that The Wreckage of Eden doesn’t have its moments. Along the way, Winter encounters various great figures of the day: Abe Lincoln, “tall rawboned and as awkwardly articulated as a country rube”; a young Sam Clemens eating a sandwich and a piece of pie on a bench. He sees John Wilkes Booth perform Hamlet, meets Emerson, and “would search the crags of John Brown’s face for a sign of God’s approval and see there only what a man would show for whom martyrdom was a victory.”

But how grateful I was as a reader for that moment of intensity when Winter meets Brown before his execution. Suddenly, everything came to life. After all, one thing John Brown did not lack was conviction.

I hope this novel finds its way into the hearts of those who want a new perspective on those times. It is certainly charming to imagine the character of Emily Dickinson as Lock has written her. Sometimes her lines are a bit too clever by half, but he also gives her memorable ones, such as her description of what she is reading as “one of those books you cannot put down for fear the story will go on without you.”

I wish I could say the same for The Wreckage of Eden, although the writing is quite lovely and the characters completely believable.

Amanda Holmes Duffy is the author of a novel, I Know Where I Am When I’m Falling, a book club facilitator for Fairfax County Public Library, and a bookseller at Politics and Prose. Follow her blog at nextbookbyamandaholmes.blogspot.com.