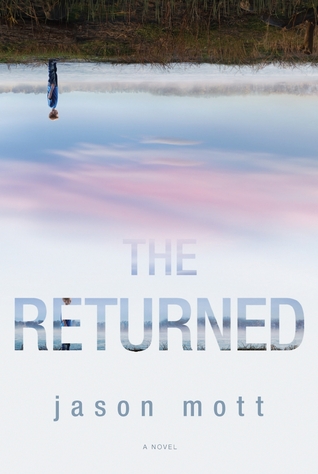 Everyone who has ever lost a loved one to death has the same stunned thought: If only I could have him or her back! Oh, come back! Jason Mott, author of The Returned, wants you to think again.

Mott is a poet, with two well-received books of poetry. The Returned is his debut novel. It is receiving much advance attention in the press and has been bought by Brad Pitt’s production company, Plan B, in association with Brillstein Entertainment and ABC. A television drama based on the novel, retitled “Resurrection,” will debut in March 2014 on ABC.

The book justifies the attention. The dead are returning to life 10, 20, even 50 years after their deaths. They appear in scattered corners of the world, often far from their homes, and have almost nothing to say about anything they might have experienced before their resurrections. They are not ghosts, not zombies — but what are they? Photocopies? Demons? The originals?

The people of Arcadia, a small, remote town in North Carolina, don’t have any better idea than the rest of the world. Eight-year-old Jacob Hargrave, who drowned at a picnic 50 years ago, is “returned” in China and shipped home to his parents, Harold and Louise, now in their 70s. Louise is overjoyed to have her boy back; Harold doesn’t believe this is their son. At first the government, through the newly created Bureau of the Returned, is helpful about reuniting the resurrected with their families. But then the Returned just keep coming and coming and coming. Some of them don’t have families. None of them has a job or a house. What should be done with them? And what does it all mean?

Mott is at his best in portraying the Arcadians’ varied reactions to the Returned. His characters are not static symbols of this or that attitude; they change their minds as circumstances shift, they become better or worse than they thought they could be, they act from desire or disappointment or denial. Sometimes their decisions are rational, sometimes not — just like real people. Even government personnel, almost always unmitigated villains in books about underdogs of all stripes, here are confused human beings, some good and some not so good, trying to carry out the only plan available to them for a set of circumstances nobody had ever anticipated. The plan is a mess, but so is the situation.

Religious concerns are handled with delicacy. This is a Southern, Fundamentalist, not well-educated small town. Most, although not all, of Arcadia’s bewildered citizens accept the Bible. However, they cannot agree on which parts of the Bible actually apply to the Returned, or how, or what God wants Arcadia to do about them. Mott offers no judgments of his own, instead sensitively showing us how Louise, Pastor Peters, Federal Agent Bellamy, and others interpret both religious teachings and the Returned by the lights of their individual histories and character.

The book’s other strength is Mott’s style. It is full of precisely observed details written in clear, unpretentious prose. Here is Louise confronting those who wish to destroy the Returned as abominations:

“‘This ain’t about you, child,’ Louise said. She came around and stood in front of the truck, the headlights still turned on, glaring behind her. She was dressed in an old, blue cotton dress that came down, flat and even and with no flourishes, almost to her ankles. It was the dress she wore for doctors’ appointments when she wanted to let the doctor know, right from the beginning, that she wasn’t about to accept any news she didn’t particularly like.”

This is not a perfect book. Although the beginning and the ending are absorbing, Mott wanders around in the middle, including too many scenes that essentially repeat previous events. In places he is a bit heavy-handed. We don’t, for example, need to be told that “their time was short together, as life always is,” when the entire book illustrates that point. I was not convinced by a key event of the climax, in which a man who has committed carnage and murder suddenly lowers his gun, weeps and changes his ways because of soft words from a child.

However, such lapses into B-movie sentimentality are rare. For the most part, Mott has written an affecting, fascinating book about humans forced by the unthinkable to confront questions of life, death, and the ultimate meaning of both.

Nancy Kress is a multiple-award-winning author of science fiction. Her most recent book, After the Fall, Before the Fall, During the Fall, concerns ecological disaster and human redemption.