The two cities are once again pitted against each other, but the result is less blood match than choreographed ballet. 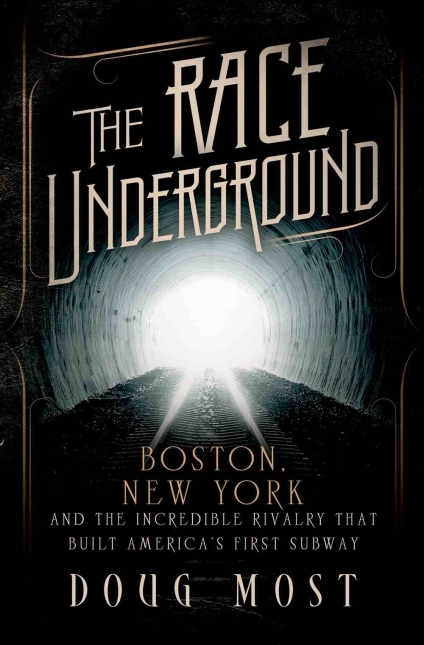 Digging a subway is a monotonous, dangerous and supremely difficult endeavor with dollops of tragedy and setback en route to project completion — or abandonment. It’s a bit of a cheap shot, but I felt some of those sensations while reading this book.

Some of those seriously wide Russian novels helpfully provide a list of characters to remind readers who’s who, who’s related, who’s dead and the like. It might not have been a bad idea to add one to this book. Promising a “rivalry” between two brothers and two cities, author Doug Most chews through a lot of pages, events and other people before he offers us anything close to a rivalry.

I get the narrative potential of sibling rivalries. As an older brother, I can to this day remember the first of many times my younger brother beat me at something. It was a sharpshooter water gun arcade game in Ocean City. It was about 40 summers ago. In my mind, it might as well have been 40 days ago.

That’s part of the reason I was so excited to read this book. Unfortunately, readers like me hoping for a battle royale between siblings, or anyone, for that matter, is in for a bit of a disappointment. Here’s Most on the two brothers ostensibly at the heart of the story: “They did not compete with each other so much as they observed and learned from each other.” Oh.

As someone who’s worked in newsrooms and a publishing house, I understand that the author of the article or book usually doesn’t get to choose the headline or title of the piece. However, calling New York and Boston rivals here is also something of a stretch. It put me in mind of some reality TV show where there’s a competition for a prize. Some of those “competitions” are contrived, and I think the Boston-New York subway “rivalry” has some of that feeling, too.

It’s more accurate to say each city was looking into subways as a means to handle population booms around the same time, with some of the same ideas and people. However, calling this work something like “A History of the Subway in New York and Boston” probably wouldn’t send books flying off the shelves. Still, it would be more accurate.

Like feeling stuck on the local versus the express train in New York’s subway system, there are far too many digressions and sub-plots clogging up the page in Most’s work. They say biographers often fall in love with their subjects; perhaps researchers can fall in love with theirs, too. Too often the narrative meanders like a subway line going around rock. There is no forceful or unifying theme to grab our attention, and certainly not what the title promises.

I’d say someone would have to be a subway geek to revel in all of these details, except many of the details aren’t directly about subways (e.g., one of the brother’s roles in electing Grover Cleveland president of the United States, or what gents in the 20s wore in their private clubs).

On the subject of tangents, I was surprised to learn in this book that Richmond, Va., was such a fast-growing city for 20 or so years after the Civil War. I’d always thought losing the Big One is what ended that city’s trajectory to become a major American city. Most tries to weave some of the subway-related events in Richmond into the broader narrative, but it pulls us away from what’s supposed to be the book’s driving force.

Most has done excellent research, and he can write, but his “race underground” and “incredible rivalry” feel less like a Muhammad Ali/Joe Frazier blood match, and more like a trumped-up World Wrestling Federation choreographed ballet between Hulk Hogan and Andre the Giant.

Michael Causey has written about transportation issues for nearly 20 years. A former journalist and PR executive, he also worked in publishing at G.P. Putnam’s in New York.