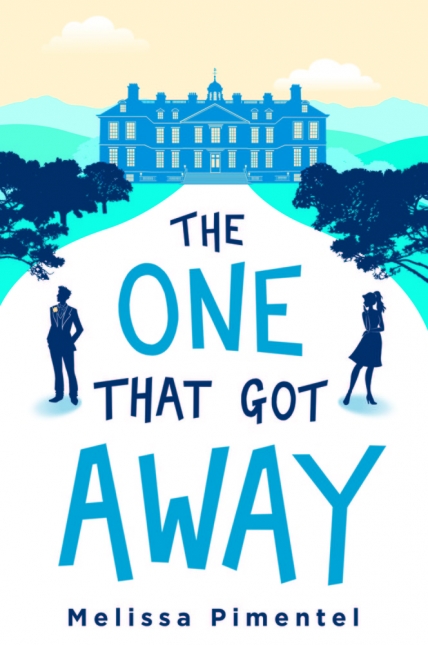 In this lighthearted reimagining of Jane Austen’s Persuasion, Melissa Pimentel tells the story of a passionate romance that dwindles into lost love. Back from college one summer, Ruby Atlas meets a handsome bartender at a local pub in her small Massachusetts hometown and is swept off her feet. Ethan Bailey is good-looking, charming, and compassionate.

What more could a girl want?

But as the summer ends, Ruby reluctantly decides to pursue her dream career at a posh public-relations firm in Manhattan. Living and working in New York will be the epitome of Ruby’s success, even though it will cost her the relationship with Ethan. She struggles to acclimate to her new job and to the vastly different lifestyle in the city and pretends to be the tough, well-adjusted New Yorker she thinks she should be.

Ten years later, Ruby is en route to England to be maid of honor in her little sister Piper’s wedding to Ethan’s best friend; Ethan is the best man. Ruby is unnerved at the thought of facing Ethan again after so many years. And to make matters worse, he’s now a successful app designer whom Ruby can’t help but stalk online:

“I skimmed the article, which contained the word ‘genius’ so many times I seriously considered sending a thesaurus to the sub-editor, and allowed myself to stare at the accompanying photographs for exactly four minutes…If you had told me ten years ago that Ethan would end up designing one of the most used and best loved apps of all time, I would have laughed in your face. Actually, first I would have asked what an app was, and then I would have laughed in your face.”

Ruby is determined to be nonchalant in Ethan’s presence, but her resolve vanishes the minute she sees him at the airport.

“In that moment, two things were immediately and immutably certain: I was still in love with him, almost giddyishly so, and he was not in love with me. In fact, he seemed very much the opposite.”

Ruby and Ethan are consistently thrust into each other’s presence, creating awkward moments and continuous second-guessing:

“We looked at each other for a minute, the acknowledgment of our shared past sinking into our bones like a hard frost. He looked the same as he did ten years ago, but his success had given him another layer, a glossy, confident sheen. The air of nervous energy he’d carried with him had cleared, like the air after a thunderstorm, and it had been replaced by something more solid and intractable. There wasn’t much trace of the mechanic’s son in him now: he was all smooth edges and quiet confidence.”

The story continues in the rural English countryside, where age-old castles dot the rustic landscape. As the families prepare for Piper’s wedding, they must overcome obstacles and endure mishaps along the way. Ethan is the knight in shining armor who fixes what is broken; that is, everything except his relationship with Ruby. But Ethan is stung when a local doctor takes an interest in Ruby and swoops in to prevent catastrophe from a medical emergency that threatens the wedding.

Will Ruby and Ethan reunite, or will they each find love in other, unexpected places?

The One That Got Away is a carefree romantic comedy that is both witty and charming, and will have readers turning pages quickly. For those who would enjoy a modern Jane Austen tale, this novel is for you.

K.L. Romo writes about life on the fringe: teetering dangerously on the edge is more interesting than standing safely in the middle. She is passionate about women’s issues, loves noisy clocks and fuzzy blankets, but HATES the word normal. Her historical novel, Life Before, is about two women separated by a century who discover they’ve shared a soul. Find her online at KLRomo.com or @klromo.