The Moment of Tenderness

This collection of the famed author's early stories seems heartfelt, if ill-considered. 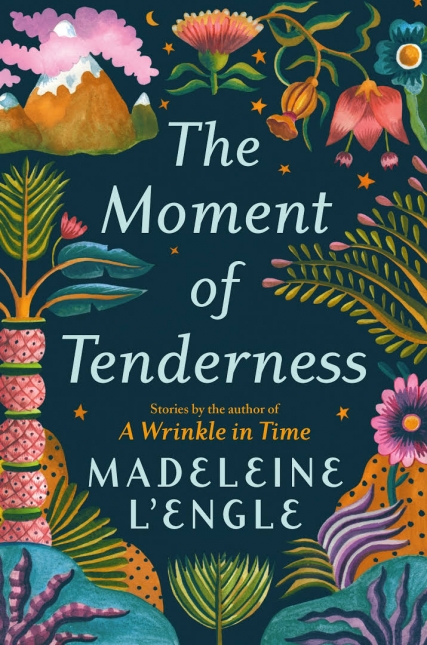 Madeleine L’Engle (1918-2007) was a storyteller known for her childhood fables, religious tracts, and fanciful science fiction. Although she wrote 50 books, her masterpiece was A Wrinkle in Time, which won the Newbery Medal in 1963. The book, still in print, inspired two Disney film adaptations, plus a TV movie and a 2018 theatrical film directed by Ava DuVernay, starring Reese Witherspoon and Oprah Winfrey.

Now, to further burnish L’Engle’s legacy, Charlotte Jones Voiklis has compiled a book of her grandmother’s earliest short stories entitled The Moment of Tenderness. Most of the 18 stories in the collection were written in the 1940s and 1950s and re-imagined and revised to reappear in other forms in L’Engle’s later works. As short stories, they were never published at the time, and probably for good reason.

While fascinating to a loving grandchild, the average reader might be less than dazzled by “the scraps and stories and studies” Voiklis found in boxes yellowed with age in her grandmother’s study. Voiklis maintains that the stories show the writer’s growth, which may be enough to satisfy only her most devoted fans.

L’Engle, who majored in theater at Smith College, moved to New York City and tried to succeed as an actress in the 1940s, writing short stories on the side that she could not get published. On tour for “The Cherry Orchard,” she fell in love with a fellow actor, Hugh Franklin. They married in 1946 and, having given up on succeeding on stage and short on money, they moved to Goshen, New York, where they opened a general store.

Such biographical details help to more fully understand L’Engle’s fiction, in which she poured out the truths of her life as a child abandoned by her father and a wife betrayed by a philandering husband who took mistresses throughout their marriage.

Deeply religious and drawn to make-believe, L’Engle wrote several revisionist memoirs that read as fantasies. In one, she wrote that she was sent to boarding school because her father was gassed in the war. In reality, her parents wanted to live their own lives — and her father lived a long, carousing one before dying suddenly of a heart attack.

In another memoir, L’Engle presented her marriage as content and happy: “There in the chapel of the church, Hugh and I made promises, promises which for forty years we have, by some grace, been able to keep.” Her family, aware of Franklin’s many affairs, dismissed L’Engle’s 2004 memoir in the New Yorker as “pure fiction.”

The keystone of this collection, which gives the book its title, tells the story of two couples living in Mt. George, Vermont, a setting much like Goshen, where the village is divided into natives and nouveau riche newcomers. The couples meet and socialize. One husband, a doctor of “quiet earnestness” born in Mt. George, listens intently to the other wife, a newcomer, while their spouses whirl gaily at the country club dances on Saturday nights.

The man’s attentiveness is in itself a moment of tenderness for the wife, who is pregnant, and she decides she wants this general practitioner to deliver her child, rather than the wealthy obstetrician her husband prefers.

She is besotted with the gentle doctor’s hands, his brief touch of care and concern. He becomes the family’s doctor, making house calls to tend to her and her children. “[I]t is not love I want from him,” she relates, “just those little moments of tenderness.” This culminates later in an unexpected kiss from the doctor, followed by an abject apology. “This is something I’ve never done before,” he said. “Please believe me.”

Shushing him, the wife says:

“Why…we aren’t going to let it make any difference. We aren’t going to have an affair…so why shouldn’t we say it just this once? There’s so little real love in the world, isn’t it wrong not to acknowledge it when it happens. What you’ve just said is going to make all the difference in the world to me, just to know that somebody sees me as a human being…as me. And it can’t hurt anybody, can it, if you know that I’m thinking about you and caring when you’re up all night and tired and maybe discouraged sometimes? We’re not going to say it again or let it make any difference in the way we live our lives, so how can it be anything but good to have said it just this once and to know it for always.”

The doctor looks at her with a steady, serious gaze. “What a wise little star you are. Yes, we’ll always know, and the knowledge will be good.”

Ah, the magic of a such a moment of tenderness — an elegiac title for an affectionate, if ill-advised, tribute.

Kitty Kelley is the author of seven number-one New York Times bestselling biographies. She is on the boards of Reading Is Fundamental and the Independent.