The Mars Room: A Novel

Dark and intense, this story of the imprisoned is hard to shake. 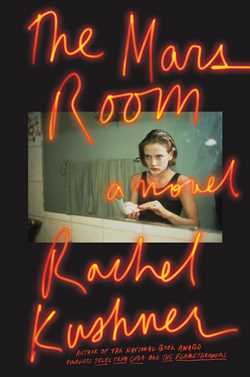 The San Francisco of Rachel Kushner’s third novel, The Mars Room, is seedy, claustrophobic, and unforgiving. The protagonist is Romy Hall, a lap dancer in a strip club and the well-read mother of a 5-year-old boy. But when we meet her, life in the outside world is over. Romy is en route to Stanville Women’s Correctional Facility in the Californian Central Valley to serve two consecutive life sentences for killing a stalker.

The characters here are used, abused, and damaged. Their survival tactics rest on finding somebody better off than themselves and exploiting that connection. This is true whether someone is free, incarcerated, or deeply lost in the criminal-justice system.

And, once behind bars, the prisoners in this novel are well and truly lost. People rarely visit; the jail is too remote for that. But at least “you know what’s going to happen,” someone remarks on the way to Stanville. “You can’t lose everything in prison, since that’s already happened.”

This turns out to be a lie. The women at Stanville are stripped of their hope and humanity systematically and at every turn. Romy even loses contact with her son, who, for a time, is in the care of her mother, “a chain smoking German woman who gets by on marriage, divorce, and remarriage.”

Motherhood interrupted is explored from various angles in The Mars Room. Prisoner Button Sanchez gives birth in receiving; the infant is then put into child protection, never to be heard of again.

There is also Germinia, an old woman with no hope of earning parole. She knits baby blankets which nobody wants or needs, but this is “a version of herself she can believe in.”

At one point, Romy recalls her first exposure to evil as a child: an illustration on the cover of a cheap mystery entitled Killed Twice. It’s an astute metaphor. The Mars Room is about people who are killed repeatedly but have to keep living anyway.

Kushner is fluent in the world she’s created; it feels authentic and fully realized. She uses slang (without overdoing it) as prisoners trade favors, make jailhouse hooch, or send ice-cream sandwiches through the plumbing.

But this novel isn’t for the faint of heart. The story is unrelentingly bleak, and Kushner isn’t above the occasional cheap shot. For instance, as soon as you learn about a pet bunny in somebody’s cell, you just know it will meet a horrible end.

There are also far too many pages devoted to a cop gone bad as he masturbates in his cell, while not nearly enough on the tender and dignified Serenity Smith, a transgender woman in protective custody the next cell over.

Thus, black comedy comes as a welcome relief — such as the passages about L.A. and Victor the plumber, who insists on taking Romy to Home Depot to pick out a sink as a kind of date. Romy “didn’t want to be subjected to his happiness, which seemed to be based on nothing — a thin layer of good cheer stretched over emptiness.”

There is also an important outside viewpoint offered through GED tutor Gordon Hauser, who is only tangentially attached to prison life. He wants to help his students in the jail but doesn’t always know how. He provides wool for Germinia to knit her useless blankets and books for Romy to read. But they are books she already read as a teenager.

Hauser’s life outside is bland, although he lives in a cabin in the woods. But his chapters are intriguingly paired with reflections on Henry David Thoreau and de-coded passages from that ultimate outsider: Unabomber Ted Kaczynski.

“In the woods you get so that your awareness is turned outward, towards your environment,” Kaczynski writes in one passage. “You are much more conscious of what goes on around you. You know what the sounds are, that come to your ears…You notice inconspicuous things…”

“For some people reality is just too thin,” says Laura Lipp, a pathetic woman who latches onto Romy on the bus to Stanville. That’s what you’re left with when you put this book down: the sense that a reality populated with too many people angling for position and a marginal sense of dignity, be it in a city or a prison, is much too thin to sustain. Salvation rests in the natural world. If not for one wrong turn, Romy might have been somebody else, and Kaczynski might have been Thoreau.

There were solid chunks of this book that were very hard to endure. But The Mars Room is a significant structural and conceptual achievement, and its characters stay with you long after you put the book down. You cannot ask much more from a novel than that.

Amanda Holmes Duffy is author of the novel I Know Where I Am When I’m Falling, book-club facilitator at Fairfax County Public Library, and a bookseller at Politics and Prose.

A Double Life: A Novel