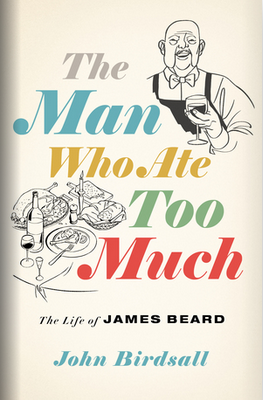 More than three decades since his passing, James Beard continues to loom large over the American food scene. The awards that bear his name represent the pinnacle of achievement for stateside chefs, and he is still reverently referred to as the Dean of American Gastronomy.

But it turns out the James (sometimes Jim, when he was trying to be a manly man of the people) Beard the public thought they knew — canonizer of New American cuisine, dispenser of kitchen wisdom, and general bon vivant — was as much a stage persona as a reality. Everyone who truly knew Beard knew he was gay. Fearing reprisal, it was a side he kept fiercely hidden from the public and some colleagues.

Though much has been written about this larger-the-life epicurean figure, The Man Who Ate Too Much is the first biography to tackle Beard’s life through the lens of his sexuality. Considering Beard spent a lifetime trying to keep his queerness closeted, author John Birdsall ably opens up his subject’s narrative in astonishing ways. He relies on a bounty of primary-source materials: letters, datebooks, drafts of books and articles, and unpublished interview transcripts, as well as the vast trough of Beard’s published and recorded works.

An immaculate researcher, Birdsall transforms his findings into vivid prose, conjuring a visceral sense of place and time, starting in early 20th-century Portland, Oregon, and ending on New York City’s Lower West Side in 1985. Some of his finest turns of phrase he saves for the food that punctuates Beard’s life. There were oysters “fried in an abundance of butter…edging into brownness, with a scent so rich it would seem capable of tinting the air gold” and “madly buttery rolls, shattery outside, gently elastic and yeast-scented within.”

His career was unapologetically powered by corporate sponsorships, endorsements, and writing; he was America’s food influencer decades before social media made “influencer” common nomenclature and a career path. An unrepentant plagiarist, both of himself and others, he was a writer who leaned heavily on uncredited collaborators. All these aspects add grim shade to the memory of Beard’s prodigious output and culinary creativity but bring refreshing honesty to his over-burnished personality.

It’s not surprising that a man who spent so much time in the spotlight cultivating a character would have started life dreaming of being an opera singer. It was a career he pursued with perseverance after he was quietly expelled from Reed College when caught in a compromising situation with a male professor.

The singing career never amounted to much, but it ultimately brought Beard to New York City, where he opened a small catering company specializing in hoity-toity bites and bevvies for savvy socialites and gay men living on the downlow. This led to his first of dozens of book deals, some more successful than others and the beginnings of a career filled with icon-cementing successes alongside setbacks, sidebars, and self-loathing, all of which Birdsall captures with an unerring attention to detail and an unwavering pursuit of the true James Beard.

Though Birdsall’s deep-dive investigation takes some serious luster off Beard’s buffed-to-golden legacy, his deft portrayal reveals a man ahead of his time in so many ways. One just wishes Beard could’ve been more himself in the time that he lived.

The Man Who Ate Too Much is one of the finest biographies of recent memory and one of the best culinary biographies around. Consider it required reading for anyone seeking to understand the foundations of modern American cooking and the hard-to-believe-its-true story of the man who played such an outsized role in shaping it.

Nevin Martell is a D.C.-area based food and travel writer, parenting essayist, recipe developer, photographer, and author of eight books, including Red Truck Bakery Cookbook: Gold-Standard Recipes from America’s Favorite Rural Bakery. Follow him on Instagram at  @nevinmartell and on Twitter at @nevinmartell.

Shame: How America’s Past Sins Have Polarized Our Country

A diagnosis of our nation's fissures that misses the mark.