The Lying Life of Adults

Might this multifaceted story of family and friendship launch a new series from the brilliant author? 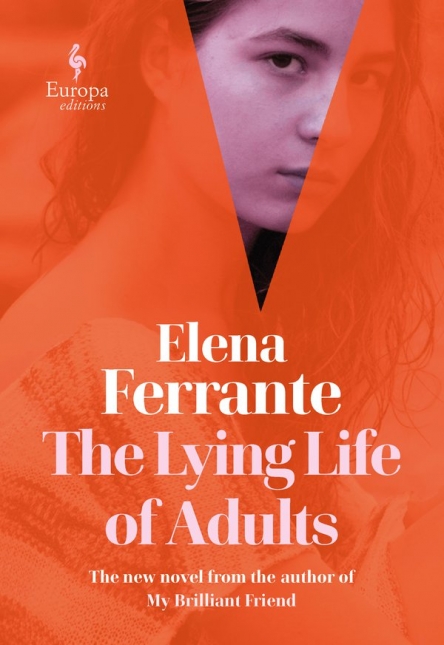 Two. That’s the magic number that controls Elena Ferrante’s blistering bildungsroman, The Lying Life of Adults, which follows her international blockbuster Neapolitan quartet (beginning with My Brilliant Friend). It’s the first word of the opening paragraph: “Two years before leaving home my father said to my mother that I was ugly.”

Those two years, and her father’s devastating insult, define and delineate the shape of the novel and narrator Giovanna Truda’s emotionally rocky path through adolescence.

Dualities abound. There are two Naples, two fathers, two friends, and, above all else, Giovanna’s two selves. Apart from her physical growth (from 12 to 16), which is at the core of the novel, there are two key details that form the well-developed plot and provide a psychological dimension to the story: the divided city and an errant, inherited bracelet. The elements are all connected by the twin themes of jealousy and revenge.

Set in 1990s Naples, the novel distinguishes between an upper and a lower city. Giovanna spends her teen years living comfortably at the “top of Via San Giacomo dei Capri, in Rione Alto.” She is the only child of two teachers, Andrea and Nella. Her father is “intellectually fairly well known” because he teaches history and philosophy at the “most prestigious high school.” Her mother teaches Latin and Greek and corrects proofs of romance novels. They seem an ideal couple, but both harbor secrets.

Any arguments involving her parents are relegated to academic exchanges with the couple’s best friends, Mariano and Costanza. Andrea has known Mariano since their undergraduate days. Mariano teaches history at the university level and “contribute[s] regularly to a prestigious Neapolitan journal.” That sets up an intellectual rivalry which Giovanna eventually learns was precipitated by personal issues.

Mariano serves as the second father in the novel. His daughters, Angela and Ida, are Giovanna’s two closest friends. They are inseparable, sharing squabbles and romances, and tipping the families toward a predictable clash.

Since the Trudas live in the “highest part of Naples…to go anywhere [they] had inevitably to descend.” That descent is literal and metaphorical, indicative of an economic, social, and intellectual plunge. In order to visit extended family, they must “go down, and down, keep going down, into the depths and depths.”

In one of those deepest depths, in the second Naples, lives Vittoria, Andrea’s estranged sister, who works as a maid. Giovanna imagines her aunt living “in a neighborhood of cemeteries, wastelands, fierce dogs, gas flares, skeletons of abandoned buildings.”

Andrea’s cruel comment about Giovanna being “ugly” should not be taken at face value. It is, in fact, his kneejerk response when he sees his daughter’s behavior reminding him of Vittoria’s rebelliousness and spitefulness. Both parents use the expression as a way to denigrate anyone who appears accomplished and acidic at the same time.

Vittoria broke from the family when she became involved with a now-deceased married father of three. Andrea never forgot or forgave what he saw as her defiance. He hears the pubescent Giovanna’s willfulness manifesting itself in similarly bellicose ways.

Giovanna takes it upon herself to reconcile father and aunt, so she visits Vittoria. That means going into Naples’ Industrial Zone, a place of “small bleak apartment buildings, faded walls…warehouses and sheds, gashes of green overflowing with garbage of every sort, deep puddles filled by…recent rain, putrid air.”

In the midst of this dreary neighborhood, she is stunned to find a person with such self-assured certainty. She sees in Vittoria a “beauty so unbearable” dressed all in blue, with a “great mass of very black hair arranged on her neck,” nonchalantly caressing a cigarette. Giovanna is instantly attracted to her aunt and strikes up a relationship with her, one that includes visiting the wife of the man she had an affair with, and an astonishing scene at his gravesite.

When Giovanna meets other members of the Truda family, they give her another name: Giannina. With her new identity, she had “never felt so open to affection…so relaxed and funny…that that name had miraculously brought forth from my same body another person, more pleasant or anyway different from the Giovanna by which I was known to my parents, to Angela, to Ida.”

She senses she is beginning to grow beyond herself, past her childhood innocence and toward the adult world of mendacity. That’s when the invidious bracelet rears its pernicious head. Its shadowy provenance carries the same gravitas as Sleeping Beauty’s curse. It arouses Vittoria’s insidious temperament.

When Vittoria first encounters Giovanna in the Industrial Zone, she asks why the girl isn’t wearing the bracelet. Giovanna is confused by the question. Her aunt claims she gave it to her at birth, an odd choice for an infant because it was a “big girl’s bracelet…white gold, with a flower whose petals were diamonds and rubies.” When it later appears on Costanza’s wrist, Giovanna begins to detect the house of lies her father is living in.

The adults know the jewelry’s origin, even as it moves from one woman to another. Giovanna wonders whether it represents her “aunt-witch’s desire to take possession of me and make me like her.” If so, why did her father give the “maleficent bracelet” to Costanza? Giovanna seeks to discover why she, herself, doesn’t have permanent possession of it.

Soon, she begins to learn not only about her father’s philandering, but also her mother’s. During the two years before her parents separate, their infidelities affect her own burgeoning sexuality. She realizes her allure to boys and men and rushes through various infatuations, spirals out of control, and loses focus at school.

Eventually, the two Naples merge; the two Giovannas (young and old) blend into a single narrator. Along the way, she learns to practice her own brand of grown-up deception since adults, though they forbid lies, “tell so many.”

This exuberant novel underscores the idea that “the truth is difficult” and concludes with scalding truths about families and friends. As she did with her earlier heroines, Lenù and Lila, in My Brilliant Friend, Ferrante here presents another audacious character with more story to tell. Hopefully, The Lying Life of Adults augurs an auspicious start to another rewarding franchise.

The Flame Bearer: A Novel

In the latest installment of this long-running series, Lord Uhtred marches onward to fulfill his destiny.